The task that universal jurisdiction can play is narrow and beset by numerous complications and difficulties stemming firstly from the nature of this principle itself, and secondly from the willingness or otherwise of the world’s countries to interact with it. 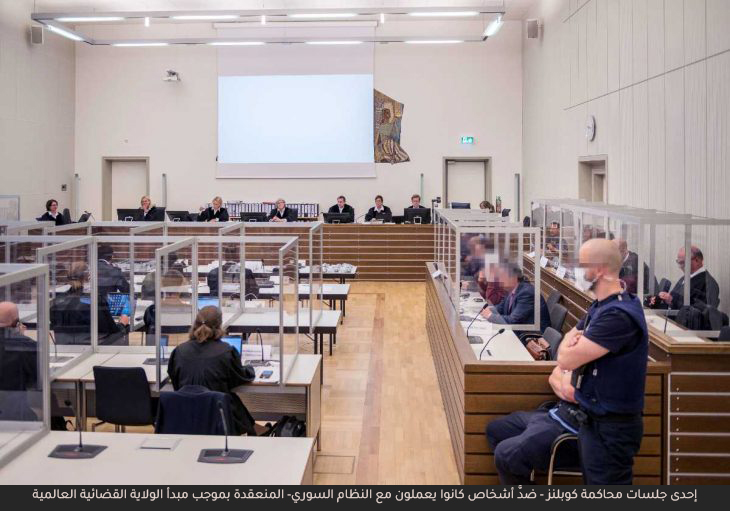 The Geneva Conventions of 1949 , the Convention Against Torture of 1984 , and the International Convention for the Protection of All Persons from Enforced Disappearance of 2006 , all stipulated the principle of universal jurisdiction ; this principle enables local prosecution bodies to prosecute those involved in atrocity crimes such as war crimes , crimes against humanity , terrorism, and torture, even if they are not committed on the state’s territory, and even if the perpetrator or the victims are not citizens of the state. In the last three years, however, there have been tremendous exaggerations of the limited role that universal jurisdiction can play. The application of this principle means that the national judiciary in the country in which the violation was committed has failed, and the international criminal judiciary, represented by the International Criminal Court, or the establishment of a special international court have also failed.

The task that universal jurisdiction can play is narrow and beset by numerous complications and difficulties stemming firstly from the nature of this principle itself, and secondly from the willingness or otherwise of the world’s countries to interact with it. Whilst it is, obviously, one of the tools used in achieving accountability, it is a simple tool in its essence, for several reasons, perhaps the most prominent of which is that the laws of most countries require the presence of the perpetrator within the state’s territory, and it is highly unlikely that anyone from the first or second tiers of offenders among the perpetrators of violations in the Syrian regime will travel to any of the countries whose judiciaries exercise the principle of jurisdiction. In this, we find that all the cases that have been brought have been against low-ranking persons, the majority of whom are not decision-makers, with their status possibly around the ninth or tenth tier among the ranks of regime officials if we assume that there are ten such categories. In addition to these difficulties, there are many legal problems with conducting trials in absentia. Finally, the states allied with the Syrian regime, such as Russia, Iran, China, Venezuela, and Lebanon will not hand over wanted criminals to the German, French or Swedish public prosecution service, even if judgments are issued against them and the public prosecution officially requests their extradition. This in no way suggests that no work should be done to issue arrest warrants against high-level Syrian regime and other party’s individuals involved, but is simply an acknowledgement that such judgments will not usually lead to their arrest and trial.