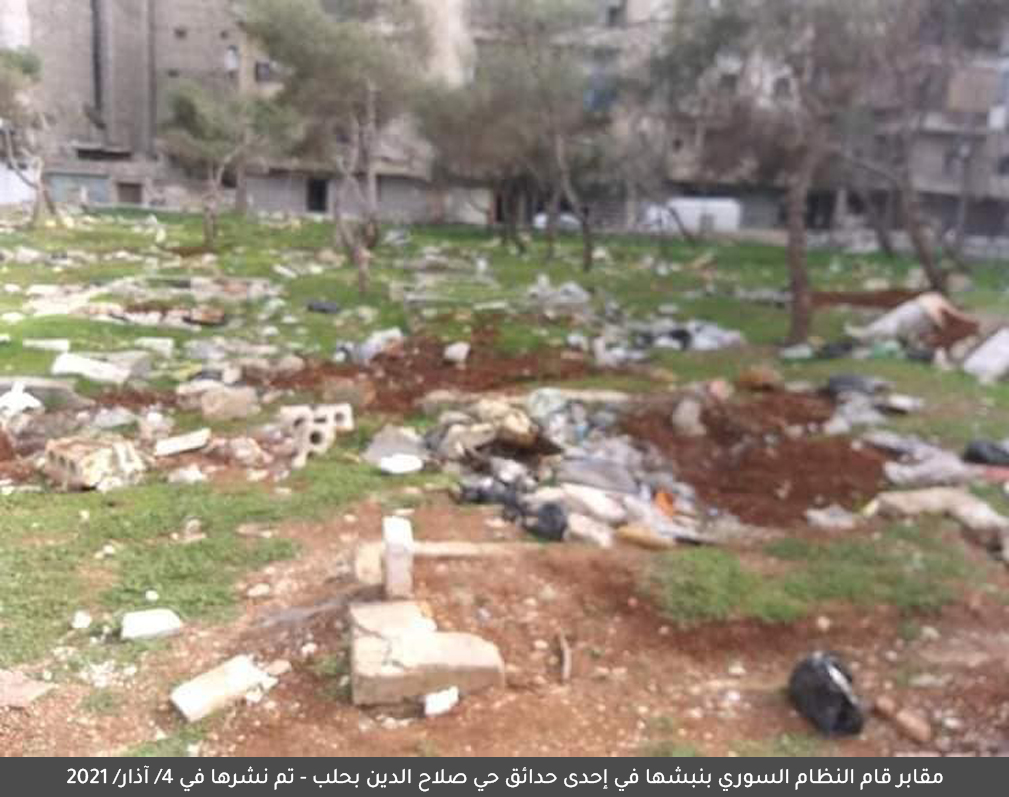 On February 23, the Syrian regime-controlled Aleppo city Council issued a circular requesting that the families of victims buried in the park located next to the Salah al Din Mosque in the city’s Salah al Din neighborhood come to the cemetery on March 2 to transfer their loved ones’ remains to the modern Islamic cemetery or to their families’ chosen cemeteries. If the families fail to do so, the statement warned, the council will exhume their loved ones’ bodies and transfer them without their permission.

Syrian Network for Human Rights (SNHR) notes that this park is one of many parks in the city which residents were forced to use as cemeteries to bury their loved ones, whether civilians or fighters, as well as neighbors or other residents, who were killed by the intensive indiscriminate carpet-bombing by the Syrian regime and its Russian ally of those neighborhoods of Aleppo city that had been liberated from the control of the Syrian regime, with the burial of these victims in these cemeteries taking place over a traumatic period of many months, until the Syrian regime, backed by its Russian and Iranian allies, regained full control of Aleppo city at the end of 2016.