The celebrity nature of this trial, an effect of the gravity and widely-publicized documentation of the crimes in question, already initiates judgements in the court of public opinion. 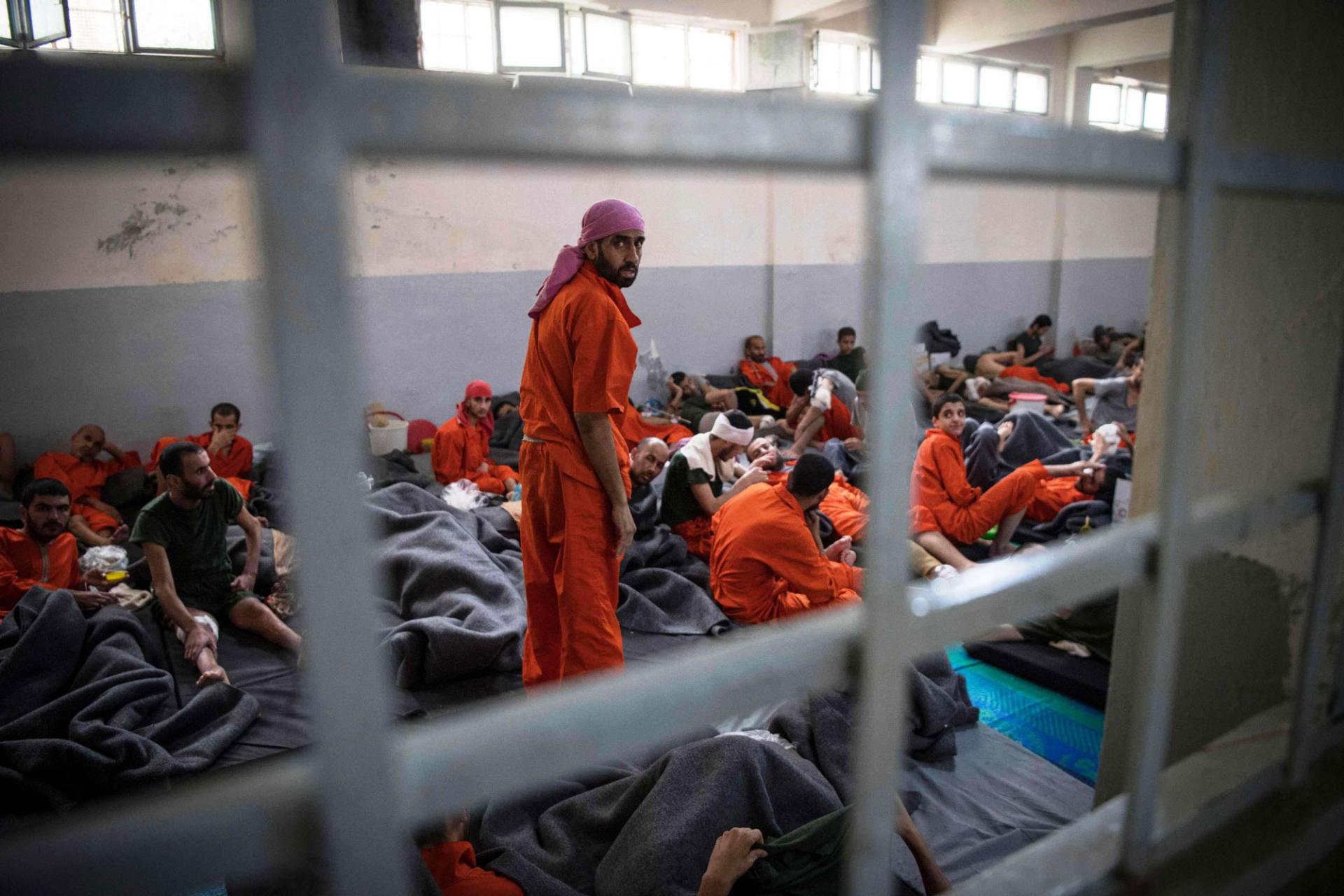 A recent New York Times scandal has renewed discussions on media coverage of ISIS, specifically the danger of sensationalism distorting realities on the ground through shaping public discourse and adversely affecting policy. Sensationalist coverage threatens to impede truth-seeking and reconciliation efforts in Syria, while also discouraging the repatriation and resettlement of former ISIS fighters and families in their home countries. The upcoming ISIS ‘Beatles’ trial provides an opportunity for journalists to stop the trend of sensationalist coverage of ISIS and instead shift attention to victims and issues of accountability, missing persons, and repatriation.

How Coverage of ISIS Can Fuel Publicity

The rise of ISIS marked a new, unprecedented era of publicized acts of horror and cruelty, posing new challenges for journalists covering the region.  The group’s propaganda efforts are central to their strategies of recruitment, intimidation, and self-legitimization. ISIS’s acts of terror make for graphic and easily disseminated media clips. In turn, many media outlets grasp onto such media to supplement their own lack of access to the region. The style of coverage often leads to a focus on ISIS’s organizational capacity and extremist ideology, shifting attention away from the victims who should be at the center of the story. This self-perpetuating cycle raises questions about the responsibility of journalists who risk unintentionally promoting ISIS’s propaganda.

The widespread repatriation of thousands of former ISIS fighters and families in Northeast Syria will be an important first step in not only prosecuting those fighters, but freeing up resources on the ground to try Syrian fighters within the country. However, sensationalist coverage has significantly and adversely influenced discourses on repatriation. One example is the New York Times podcast Caliphate, featuring a young Canadian man, Abu Huzayfah claiming (new evidencesuggests falsely) to have fought for ISIS and returned to Canada. The series led to a frenzy in Canada and the United States. Canadian politicians erupted at the prospect of an ISIS fighter walking free. Despite early talks in 2018 between Canadian officials and Kurdish leadership about a repatriation plan for Canadian ISIS fighters and family members, to date, Canada has only repatriated a five-year-old orphaned girl named Amira. Even then, Prime Minister Trudeau suggested that Amira’s case was an exception, stating that the government had no plan for other repatriations.

Though media coverage of conflict and post-conflict states is often assumed to take an impartial role in disentangling facts from political rhetoric and propaganda, it can also play a dangerous role in shaping public perception and aggravating social tensions. In countries undergoing transitional justice and reconciliation processes, the media has a key role in either supporting or complicating these processes.

The Peruvian case, in particular, emphasizes the negative role media played in cementing public misperceptions of the Peruvian Truth and Reconciliation Commission (PTRC) and fueling political polarization. Media coverage of the PTRC focused on scandals and logistics, offering only superficial information on the work and findings of the commission. As a result, public attention was often focused on sideshows such as the salaries of the individual commissioners and persistent yet unproven claims of embezzlement. This shifted public attention from the fundamental issues that initiated a national truth and reconciliation commission: the extensive corruption and mass human rights violations that occurred under the former regime.

Ultimately, the media can help bridge communications between justice processes and the public by shunning politicized coverage and dehumanization of the “other.” Rather, those working in the field can focus instead on substantive issues and center the voices of victims. Active participation by the media in this process serves to broaden public awareness, reduce conflict, and further justice processes.

The Upcoming ISIS ‘Beatles’ Trial: Potential for Increased Sensationalism or a Reorientation to Justice

The discussions on the dangers of sensationalism and media coverage of ISIS is likely to be reinvigorated by the upcoming ISIS ‘Beatles’ Trial. The trial features two British nationals accused of the killing of several Americans, including journalists James Foley and Steven Sotloff, and aid workers Peter Kassig and Kayla Mueller. The U.S. Department of Justice is set to try them in Virginia.Increased media attention, in both Arabic and English language press, is sure to follow the start of the trial, which will offer journalists an opportunity to shift attention to victims and issues of accountability.

In light of this new trial, SJAC is urging journalists to adopt new methods of covering the trial.

In a trial examining the horrific and well-publicized crimes committed by ISIS, there is a risk that media attention will fixate on the perpetrators, their ideologies, and the group they represented at the expense of their victims. In their discussions of the crimes at hand, media reports should center the stories of victims and their loved ones. This includes the stories of American and other foreign captives, as well as the thousands of Syrians victimized by ISIS, including those who remain missing.

The celebrity nature of this trial, an effect of the gravity and widely-publicized documentation of the crimes in question, already initiates judgements in the court of public opinion. Nevertheless, media coverage of the trial should avoid assuming such convictions. Rather, the role of coverage must align with the role of the trial: to socialize principles of justice and equality, that even in these heinous cases, perpetrators have the same rights they would in minor crimes. As Roger Lu Phillips, SJAC’s Legal Director states, “Trials in extremis test the foundational principles of the rule of law. A preordained conviction would be a hollow victory for victims of ISIS. Sensationalistic media coverage that is likely to follow the ISIS ‘Beatles’ trial therefore runs counter to the interests of justice.”

Inevitably, the trial is sure to engender renewed discussion of such politicized issues as terrorism, national security, foreign fighters, and repatriation. Media coverage of the trial, and the topics arising from it, must avoid sensationalist language that fuels greater polarization and retributive rhetoric that complicates discussions of repatriation. Rather, coverage should focus on substantive issues of human rights violations and processes of accountability for crimes committed. If coverage avoids sensationalism, the Beatles trial could serve to normalize the process of repatriation and the importance of trying individuals in their home countries.

Finally, coverage of the trial must be placed in the context of ongoing justice efforts in the Syrian conflict. Though this trial is the first of its kind in prosecuting foreign ISIS fighters in a U.S. courtroom, there are a growing number of cases pursuing justice for crimes in Syria, including crimes committed by the Syrian government. Reports on the ISIS ‘Beatles’ trial should highlight the current trial in Koblenzand forthcoming trials of ISIS fighters in Northeast Syria. Connecting these trials in the U.S. and Europe is an opportunity to educate the public on the promise of these justice processes at large.

Media reporting does not merely present facts, but rather mediates realities across a diverse set of audiences. Sensationalist coverage can shape public discourse and policy decisions on critical issues including refugee resettlement, repatriation, and reconciliation. The renewed debate on sensationalism and journalistic practices is a welcome one, particularly with the impending ISIS ‘Beatles’ trial in the United States. Media coverage of the trial has the potential to open doors to broader, necessary discussions of accountability and justice for the victims of ISIS. Contextualizing the trial as part of broader justice processes can shift perception of the trial from a single trial for American victims, to one step in the broader process of pursuing justice for crimes committed in Syria.