Joint Statement : Now the Syrian Regime’s Stripped of Its Privileges from the Chemical Weapons Convention

We Look Forward to the Creation and Implementation of New Accountability Mechanisms as a Step on the Path of Justice in Syria. 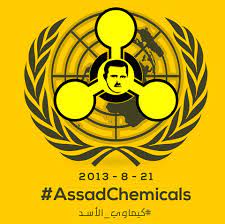 In the ten years since the Syrian government’s first assaults on pro-democracy protesters, Syrians have suffered atrocities at the hands of government officials, non-state actors, and foreign militaries and mercenaries. Our 15 organizations applaud the important steps taken so far towards accountability for the perpetrators of some of these crimes. However, the scale of suffering and extent of criminal depravity in Syria require concrete new steps and a more ambitious approach to justice for Syrian victims who remain in the country and those dispersed around the world. It is time for new resolve from states and international institutions.

As some states press to look beyond the conflict, and are even pushing displaced Syrians to return, the world must not ignore the obvious: that Syria remains a place of ongoing criminality. The Syrian government still operates a network of detention centers for the systematic torture of its perceived opponents. Tens of thousands are being tortured to death. With support from powerful allies, the government is perpetrating well-documented chemical weapons attacks on Syrian civilians, and deliberately targeting civilian infrastructure including hospitals and schools. Government and non-government actors are perpetrating sexual and gender-based violence, and various state and non-state actors are committing enforced disappearances and kidnappings, and forcibly displacing hundreds of thousands of Syrians.

The conflict and these vicious atrocities have torn Syrian society apart. Millions live as internally displaced persons, in squalid refugee camps, or in locations around the globe, separated from their country and their families. The compounded suffering of individual Syrians is beyond comprehension: chemical weapons survivors struggling with disability or serious lingering health problems, torture and sexual violence survivors revisited by trauma in the middle of the night, and entire families left to hope that missing loved ones may have somehow survived, but fearing that they are dead or still facing torture.

We have been encouraged by those countries that have investigated and prosecuted atrocities under universal and extraterritorial territorial jurisdiction. The recent conviction of one of Assad’s henchmen in a German courtroom offers hope of greater accountability to come. A second accused of higher rank in the same German torture case remains on trial, German and French prosecutors are reviewing recently filed criminal complaints for chemical weapons attacks, and complaints and investigations related to jihadist and mercenary atrocities are at various stages across multiple jurisdictions. This work relies on the efforts of many actors: Syrian survivors, witnesses, and Syrian and international human rights organizations, national war crimes units, the UN International, Impartial, and Independent Mechanism for Syria (IIIM), the EU Genocide Network, and investigations by the Organization for the Prohibition of Chemical Weapons (OPCW).

The scale and depth of Syrian suffering and injustice are an affront to all of humanity, and these efforts show that humanity has begun to respond. But justice to date is still not commensurate to the injustices suffered. For serious and comprehensive justice to be achieved, the root causes of the atrocities must be addressed. Universal jurisdiction provides a narrow path to limited criminal accountability. States must now explore individual and collective options to hold more perpetrators to account—by widening the scope of criminal jurisdiction, providing greater resources for victim and witness protection, greater resources for war crimes prosecutors, and considering the creation of a treaty-based tribunal for Syria. Beyond criminal accountability, states and international organizations must do more to support survivors and families of the disappeared. States should demand the immediate release of detainees and information on the fates of disappeared persons, and take action to prevent the recurrence of international crimes. More should also be done to provide psychological support for survivors and make female investigators available for frontline investigations that require a more inclusive approach to the collection of testimony and evidence. States should establish mechanisms to commemorate the victims.

Ten years ago, Syrian demands for democracy clashed with desperate authoritarianism and a descent into brutality. New international commitment to justice for Syria can help illuminate a path from the darkness, and restore hope that demands for justice and democracy will one day prevail in Syria after all. Ending ongoing atrocities and establishing justice will provide the foundation for a sustainable peace.