Protection of students and prevention of education-related violations may require distinct bodies of international law to view the right to education more comprehensively. 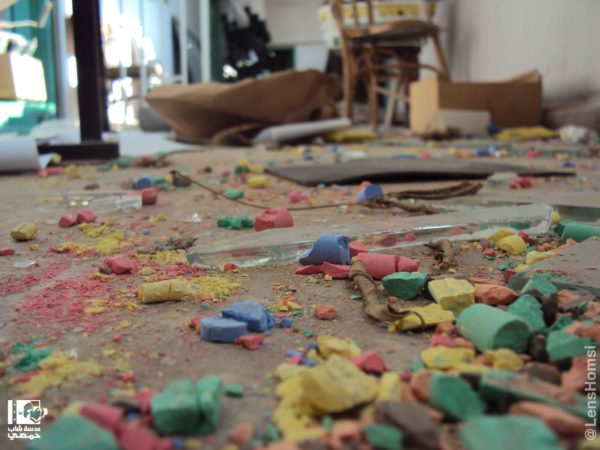 The devastation of the Syrian conflict on the country’s education system has been widely reported since the early days of the conflict. Schools have been targeted by military airstrikes, become impromptu shelters for displaced persons, and been used for military purposes by both government and opposition forces. Today, in recognition of the International Day of Education, SJAC is publishing a sample of Syrian government documents which captures the extent to which Syria’s educational system has been ravaged by conflict. In the documents, the government clearly acknowledges its use of schools for military purposes, and recognizes the widespread destruction of schools, specifically in the Idlib region.

The two government documents, consisting of 38 pages, were among thousands that SJAC’s documentation team collected in 2013 and 2015 from abandoned government facilities inside Syria. In the documents, prepared by the Ministry of Education and addressed to the Governor of Idlib in 2013, information is provided on 410 distinct schools in the Idlib governorate. Schools are listed according to a variety of categories, including: occupied by displaced civilians, occupied by armed [opposition] groups, occupied by Syrian military forces, closed, and partially or completely destroyed. Taken together, the list offers a staggering overview of the devastation of the governate’s schools at the height of the conflict. 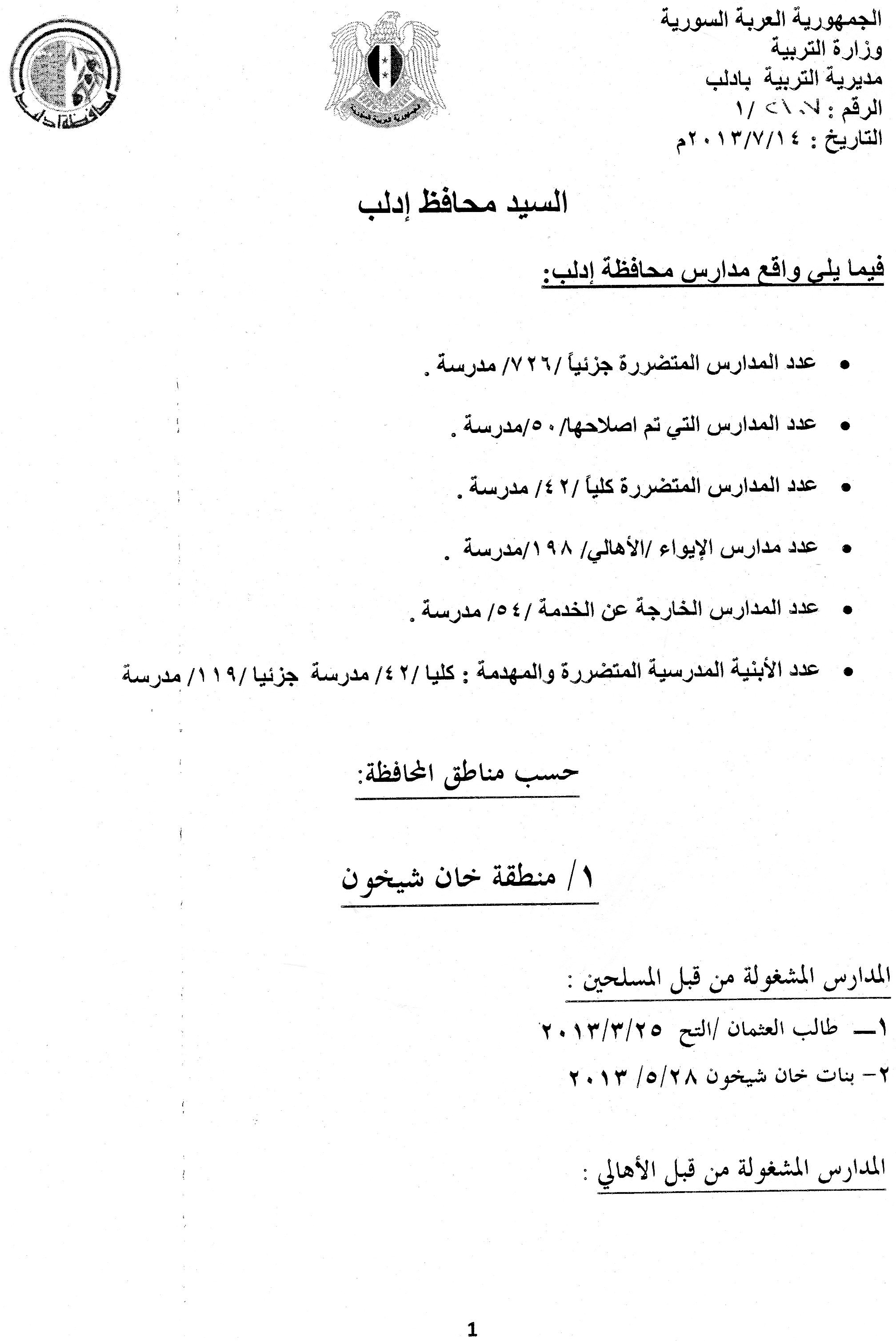 The documents include clear acknowledgement by the Syrian government of the use of nine schools for military purposes by their own forces. These nine schools are first recorded as “occupied by government forces” in a document in June 2013, and then again more than a month later in July, suggesting the schools were being utilized as military bases by Syrian government troops for an extended period of time.