On October 6, 2020, civil society groups submitted a criminal complaint with a German prosecutor, requesting that an investigation into chemical weapons attacks in Syria, namely the attacks in Eastern Ghouta and Khan Shaykhun, that took place in 2013 and 2017. 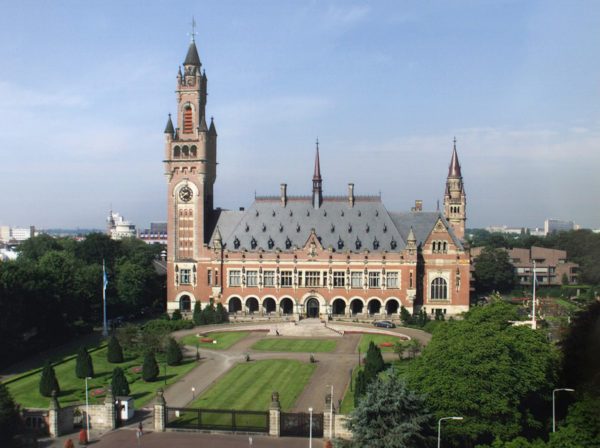 A number of recent developments regarding justice for Syrian war crimes highlight the need for a more comprehensive solution. These include an action likely to begin at the International Court of Justice, a criminal complaint in Germany, and an indictment of ISIS fighters in the U.S. Each of these actions has potential to achieve a measure of justice for Syrian victims but none will bring to justice the most senior leaders responsible for war crimes in Syria. Syrians should support these measures while remaining attuned to their limitations.

On September 18, 2020, the Dutch government sent a diplomatic note to the Syrian Government seeking to enter into negotiations for the latter’s violations of the UN Convention Against Torture (UNCAT). The note is a prerequisite to initiating an action before the International Court of Justice in the Hague. The German government voiced support for the move and may eventually join the proceedings. The Syrian Government is not inclined to engage in negotiations or arbitration and an ICJ complaint from the Dutch is almost certain to follow after six months – the timing required by the UNCAT.

The ICJ is a judicial body to adjudicate disputes between states, meaning it will not hold any Syrian government official individually responsible for torture. It could order provisional measures, such as ordering the Syrian Government to preserve evidence or cooperate with investigations. At the conclusion of the proceedings, the ICJ could also recognize that the Syrian Government had violated its duties under the UNCAT. But the ICJ does not have any enforcement powers.

The ICJ does have fact-finding powers and could hear from witnesses and experts with knowledge of the Syrian government’s torture policies and practices. But there is criticism that the ICJ is most suited to determining issues of law and it generally limits evidence to that offered by the parties – in this case the Netherlands and Syria. The number of witnesses is likely to be quite limited and there may be a reliance on expert testimony which would prevent the hearing of a meaningful number of victims.

On October 6, 2020, civil society groups submitted a criminal complaint with a German prosecutor, requesting that an investigation into chemical weapons attacks in Syria, namely the attacks in Eastern Ghouta and Khan Shaykhun, that took place in 2013 and 2017. The groups hope that an investigation will lead to the indictment of Syrian officials and commanders responsible for the attacks.

Chemical weapons attacks in Eastern Ghouta have been the subject of reports by Human Rights Watch, Amnesty International, and the Syria Commission of Inquiry. An OPCW team has been mandated to investigate the most serious chemical weapons attacks in Syria and to identify the responsible entities and parties. This information and evidence was bolstered by the work of a number of organizations which cooperated in the submission to the German prosecutor. Therefore, there is a rich body of evidence from which to commence an investigation. Still, it remains within the discretion of the German prosecutor whether to initiate an investigation – he is not obliged to do so.

In addition, President Assad and the most senior leaders of the military enjoy immunity from criminal prosecution in Germany. Only the ICC or, possibly a hybrid tribunal, has the capacity to prosecute such leaders, where head of state immunity does not apply. Although Germany could issue an indictment against such leaders, it would be difficult to enforce while Assad remains in power. Trials could still move forward against a second or third tier of Syrian government officials and military commanders. In such cases, the German authorities must have custody of the Accused because trials in absentia are not permitted under German law.

A third recent development was the indictment of two members of the so-called “Beatles”, a group of ISIS fighters allegedly responsible for beheading 27 foreign nationals in Syria, including four Americans. The case is remarkable for the number of states it has involved and the amount of litigation already undertaken. It also highlights the imminent danger that ISIS continues to pose.

On October 8, 2020, the two fighters appeared in a U.S. courtroom. They had been arrested by the Syrian Democratic Forces and transferred to U.S. military custodywhen Turkey entered NE Syria in October 2019. Though they were U.K. citizens, the men were stripped of their citizenship and the U.K. would not commit to prosecuting them as it was uncertain it had sufficient evidence for a conviction. The U.S. proposed to prosecute the two, but required evidence in the possession of the U.K. government. Last month, the US Attorney General assured the U.K. government that it would not seek the death penalty in the case, as required by U.K. law, which cleared the way for the sharing of the evidence. The case can move forward in the U.S. because the victims were American citizens. Cases can also be filed where the perpetrators are American citizens. But there are important limitations to U.S. jurisdiction apart from these situations.

There remain 10,000 ISIS fighters in SDF prisons in NE Syria. Conditions are precarious, with some prison breaksbeing reported. Two thousand or more of these detainees are foreign nationals whose governments are reluctant to repatriate them for national security and political reasons. Nonetheless, human rights advocates and Americanauthorities agree that the best solution is for these fighters to be returned to their home countries for prosecution. This leaves around 8,000 ISIS fighters of Syrian and Iraqi origin in SDF jails. The SDF has proposed to prosecute the fighters in local courts and has requested international assistance. But, the international community remains deadlocked on what to do.

Without the ability to pursue accountability at the ICC, developments at the ICJ and under universal jurisdiction are welcome and important avenues to obtaining a measure of justice for Syrian victims. SJAC supports all efforts to obtain justice and accountability for Syrians with a keen awareness that present efforts have significant limitations which should be communicated to the Syrian community.