On International Women’s Day: Multiple Violations Committed by Various Parties to the Conflict in Syria

Oppression of Women in All Groups’ Areas of Control Perpetuates a State of Lack of Development, Equality, and Security. 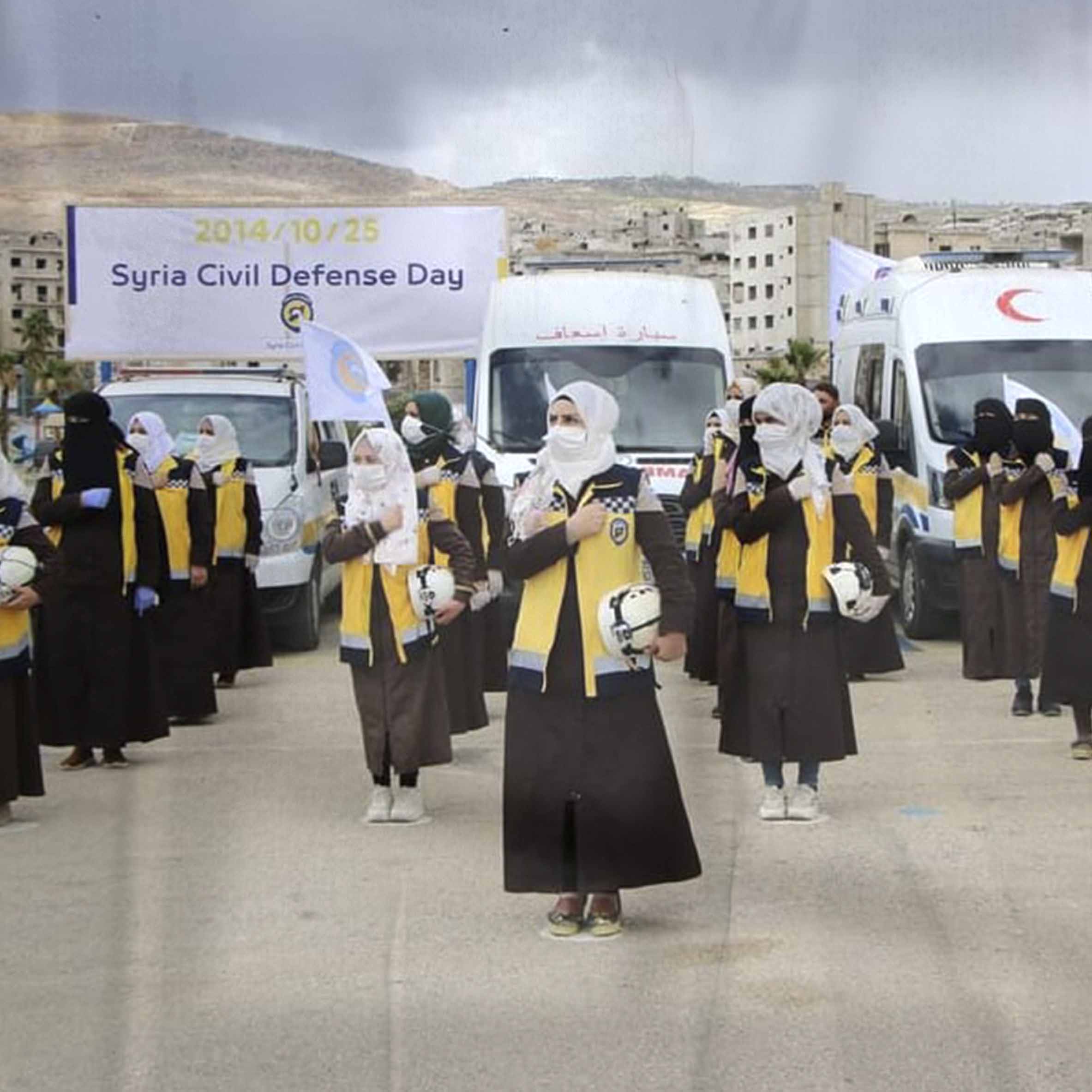 Paris – The Syrian Network for Human Rights (SNHR) reveals in its latest report, released today, entitled “On International Women’s Day: Multiple Violations Committed by Various Parties to the Conflict in Syria” that at least 9,774 women are still detained or forcibly disappeared in Syria, while 16,228 women have been killed, and 93 women have died due to torture, noting that the oppression of women in the different groups’ areas of control perpetuates a state of lack of development, equality, and security.

The 23-page report notes that the Syrian people who participated in the popular uprising hoped that the areas that were outside the control of the Syrian regime would be models of freedom, built around democracy, social justice, independence of the judiciary, and other requirements of the rule of law, this has not yet happened. The situation for the peoples living under the authorities in those areas is, tragically, often comparable with the same lack of freedoms, rights, and judicial fairness as under the Syrian regime; this comparison, as the report notes, is wholly reprehensible because, for those who’ve escaped the regime’s rule, the comparison should be with civilized governments that respect international law, rather than with a barbaric regime involved in committing innumerable violations that constitute crimes against humanity and war crimes, which has practiced enforced disappearances, and killed 74 women under torture, as well as drafting a constitution that embodies the characteristics of dictatorship, and which has established security courts affiliated with the security services with the aim of liquidating opponents. The report stresses that this is a brutal regime that committed the most terrible violations against women for demanding political change, retaliating by displacing millions of women, and arbitrarily arresting tens of thousands more.

The report provides an updated data record of the most notable violations committed by the parties to the conflict and the controlling forces in Syria against women “adult female” from March 2011 to March 2022, in connection with the internal armed conflict and in violation of international human rights law. This report also provides details of the violations and assaults that took place against women in the areas under the control of the three main controlling forces, namely the Armed Opposition, Syrian Democratic Forces (SDF), and Hay’at Tahrir al Sham (HTS), which violate international human rights law, noting that violations against women are considered an obstacle to achieving development, equality, and a transition towards democracy and peace. These crimes also instill fear and insecurity in women and impede their ability to engage in basic activities such as work, movement, education, and to participate in political and social activities.

The report documents many cases of women workers and activists being subjected to multiple types of violence in northeast and northwest Syria, to varying degrees from one region to another, adding that women involved in the community, political, media, and humanitarian activities paid a heavy price, embodied by many of them being exposed to various types of risks and threats, and to both verbal and physical assault. The report summarizes the most prominent of these practices and violations. In this context, the report records at least 107 incidents of assault and intimidation against women activists and workers, or against centers for women in connection with their activities, between March 2021 and March 2022, in areas outside the control of the Syrian regime in the governorates of Idlib, Aleppo, Raqqa, Hasaka, and Deir Ez-Zour, which are under the control of one of the following forces: all Armed Opposition factions/Syrian National Army, Syrian Democratic Forces, and Hay’at Tahrir al Sham, while the Syrian regime-controlled areas and practices in this regard were not included in the report. The report notes that these incidents were distributed according to the party responsible for them as follows: Hay’at Tahrir al Sham: 27; parties SNHR was unable to identify: 21; extremist cells (SNHR believes these belong to ISIS): 17; all Armed Opposition factions/Syrian National Army: 23; Syrian Democratic Forces: 19.

The report stresses that these violations have deterred women from actively participating in various fields, including political and media activities, in relation to freedom of opinion and expression, and even publishing on social media pages, especially in relation to criticizing violations of women’s rights.

The report records many cases of persecution and violence against women, which sometimes amounted to killing them, on the grounds of gender, mainly related by the misnomer of “honor crimes”. The report notes that these attacks and crimes clearly reflect the fragility of the legal and judicial structure regulating women’s rights. Since March 2021 until March 2022, the report records at least 24 murders of women at the hands of their families or partners, most of which were committed under the pretext of “honor” or due to women’s refusal to be forced into marriage, or resulting from being subjected to violence by men.

The report stresses that the Syrian regime controlling the Syrian state was the first party that violated international human rights law and international humanitarian law and practiced widespread violations against women in many types such as killing, torture, and enforced disappearance, while the other parties to the conflict followed its footsteps in varying degrees, some of which committed violations against the Syrian women that were not practiced by the Syrian regime itself, such as forced marriage, restrictions on clothing, and freedom of movement.
The report notes that while it is true that armed groups, as non-state parties, cannot formally join the parties to international human rights treaties, they are nonetheless bound to respect basic human rights and by customary international law, since these parties effectively control parts of the state’s territory.

The report clearly proves that there are patterns of discrimination against women in a number of practices being perpetrated in Syria that constitute violations of the Convention on the Elimination of All Forms of Discrimination Against Women.
The report emphasizes that most practices of violence and violations against women are aimed at deterring them from engaging in public affairs, particularly political and media activity. The report also emphasizes that dozens of women’s basic rights are being violated, foremost among which are the right to life, not being tortured, arbitrarily arrested, or forcibly disappeared, the freedom of movement, clothing, freedom of opinion and expression, work, and other rights.

The report stresses that enhancing the role of women and protecting them from violence and violations, including their right to political and media work and freedom of opinion, will reflect positively on the whole of society, as all of this is essential in the pursuit of equality and development.

The report recommends that all parties to the conflict/controlling forces should respect the rules of customary international humanitarian law and the rules of international human rights law, including the Convention on the Elimination of All Forms of Discrimination against Women (CEDAW), and should end all forms of discrimination against women.
The report also calls on all parties to the conflict to immediately release forcibly detained women, particularly those detained in the context of armed conflict, to abide by international laws on the detention of women and girls, to conduct investigations into perpetrators of violations and violence against women, to hold them accountable in accordance with an independent judicial system and provisions that take into account international laws, and to begin compensation and reparation of victims.

The report also calls on the international community and UN Security Council to provide protection and assistance to forcibly displaced women, including IDPs and refugees, taking into account their specific needs, primarily for protection, and to take all possible legal, political, and financial measures against the Syrian regime and its allies, as well as against all perpetrators of violations in the Syrian conflict to pressure them to commit to respecting the rights of women.
The report also provides several other additional recommendations.