One Year After Banning the Practice, the SDF is Still Recruiting Children

The SDF’s use of children in both combat and non-combatant roles has been widely documented throughout the conflict, including by Human Rights Watch and the UN Commission of Inquiry. 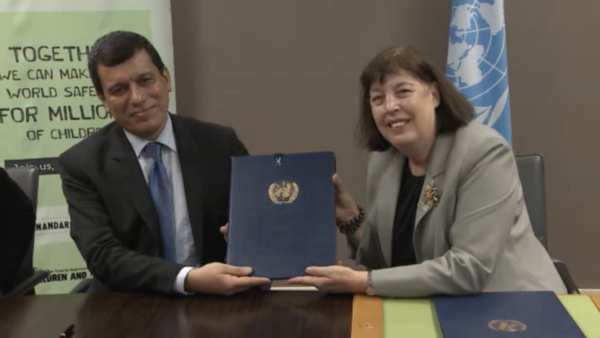 Child recruitment into combat has been present since the beginning of the conflict in Syria. The Syrian Democratic Forces (SDF), including its dominant faction, the YPG, has been plagued by many accusations of child recruitment in recent years. The SDF has continually promised to end the practice, signing increasingly stringent agreements, culminating in an Action Plan signed a year ago in July 2019, stating that no one under the age of 18 would be eligible for YPG membership. Despite this pledge, and the reported implementation of key aspects of the plan, accusations of YPG recruitment of children, both boys and girls as young as 11, persist. The YPG’s actions are in violation of international law and may constitute a war crime. The United States and other members of the Global Coalition to Defeat ISIS should utilize their political influence with the SDF to end the practice of child conscription.

The SDF’s use of children in both combat and non-combatant roles has been widely documented throughout the conflict, including by Human Rights Watch and the UN Commission of Inquiry. The SDF has consistently responded to these accusations with statements and ‘action plans’ which have ultimately failed to end the practice. In 2014, the YPG signed a commitment with Geneva Call agreeing to prohibit the use of children in fighting, but submitted a reservation that they would continue to allow the voluntary enlistment of children 16 and above in non-combat roles. In 2017, the age was adjusted up to 17 years. In 2018, in response to an HRW report on the topic, the SDF finally pledged to end the recruitment of all children under the age of 18. The SDF was singled out as being responsible for the majority of cases of child recruitment in 2018 by the UN Secretary-General’s Annual Report on Children and Armed Conflict, and again in the 2020 Annual Report, where the UNSG says that 283 cases of child recruitment was verified for the YPG in the course of 2019, and attributed the abduction of 17 children to the YPG. In 2019, the SDF once again strengthened its promise to end child recruitment, this time via an Action Plan signed by SDF Force Commander General Mazloum Abdi with the UN Special Representative of the Secretary-General for Children and Armed Conflict (CAAC). The plan committed the SDF to end recruitment, creating new disciplinary measures for those that do not comply.

Over the years, there have been some signs of progress on these various commitments. Under the most recent action plan, the SDF has established an implementation committee, trained 100 members on the prevention of child recruitment, and hired staff to serve as focal points on this issue. These steps led to the release of 30 children in 2019 and 51 girls in early 2020. However, the UN has reported that Operation ‘Peace Spring,’ which was initiated by Turkish forces in October 2019, slowed implementation of the plan, and allowed for continued violations as new accusations of child recruitment have emerged.

In recent weeks a number of reports have surfaced regarding the continued recruitment of child soldiers, including a report by Syrians for Truth and Justice which documents both the recent release of some former child soldiers as well as active recruitment as recently as May 2020. Earlier this month a number of personal stories of child recruitment by the YPG, written by the families of the children, were shared widely on social media.

SJAC’s Documentation Coordinator collected data that concluded around 100 children were reassigned to ‘Stationary Military Service’, which includes non-combative duties, for example working as drivers or a doorman. The Documentation Coordinator also collected information of names and ages of children kidnapped and recruited by SDF, finding that children as young as 12 years old were killed in combat, their deaths recorded before the signing of the Action Plan in 2019. The Coordinator found that up until the beginning of July 2020, new cases of child soldiers were reported, including nine new cases of kidnapping and recruitment. SJAC’s documentation found allegations that members of the Democratic Union Party (PYD), a YPG affiliate, told families that their children will be returned from training camps if they do not discuss the recruitment publicly. Even then, children are placed in non-combative roles in their hometowns.

SJAC’s Documentation Coordinator also received information about another entity, not directly affiliated with the SDF, that has been recruiting children and at times taking them out of Syria to camps run by the Kurdistan Workers’ Party (PKK). This group, called ‘Ciwanên Şoreşger’ or the ‘Revolutionary Youth,’ is an organization that focuses on youth that is close to the PYD and usually prepares them to be members of the PYD later on. This organization was established in 2003 and operates completely under the PYD. Supposedly, this organization organizes cultural, art, sport, and social activities for the youth, but in recent years has become a security arm closely related to the Asayish, an internal security and intelligence arm is affiliated with the PYD. Despite the attempts to market the organization as an independent one, it has committed many violations, including the recruitment of children for military service; among others, but they seem to have stopped such practices in the recent months after the call by General Abdi to unite all Kurdish parties. 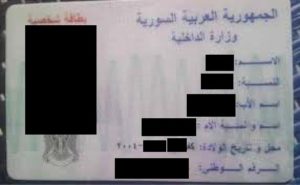 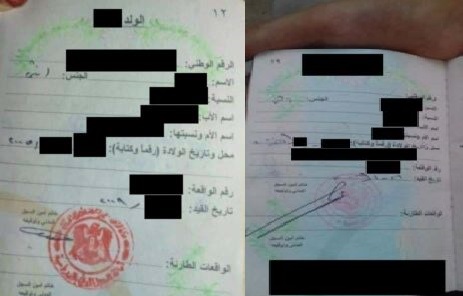 Identification cards of three children who were kidnapped and recruited between May and June of 2020, including one girl, age 11, who was kidnapped exactly one year after the signing of the Action Plan, on June 29, 2020.

A statement released by the Autonomous Administration of North and East Syria referred to recent reports as “accusations and lies,” however the reports are consistent with SDF’s history of child recruitment and the use of child soldiers, and these blanket denials are not sufficient. SDF needs to investigate all claims, ensure that children currently within the YPG are safely demobilized and reintegrated, and put in place further preventative measures to break this cycle of abuse. Recent history suggests that the SDF will not undertake such measures without outside pressure, and the United States should take a leading role on this issue, pressuring the SDF to live up to its commitments under international law.

The Additional Protocol I and Additional Protocol II to the Geneva Convention ban the recruitment of children under the age of 15, as does the Convention of the Rights of the Child. Furthermore, the Convention’s Optional Protocolprohibits non-state armed groups from recruiting or using children under the age of 18 in direct hostilities. Recent accusations against the YPG are particularly disturbing, because they include accusations of kidnapping, as well as efforts to recruit children into “voluntary” enlistment. It should be noted that, as non-state groups, the YPG and SDF do not have the legal right to forcibly conscript any individual, much less a child.

Children who have been victims of child recruitment need extensive support to safely return to their families and become reintegrated into society. Disarmament, Demobilization, and Reintegration (DDR) programs must be developed specifically for children, and children returning to their communities should be provided psychological support as well as the resources needed to make up for lost years of schooling. The United States, which fought alongside the SDF during hostilities against ISIS, should take a leading role in ensuring that such programs receive the necessary funding. Additionally, programs should be put in place within the SDF to prevent future recruitment, and opportunities for education and economic support need to be extended for children throughout the region, as economic insecurity can make children vulnerable to recruitment by armed groups.