Reflections on the Eyad Al-Gharib Judgment

The case against Al-Gharib was initially built upon a shaky foundation. When the prosecutors filed the case, they might have had more detailed self-incriminating statements from Al-Gharib. 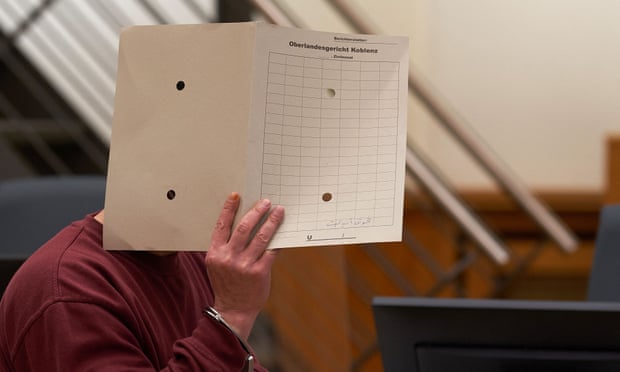 On February 24, 2021, the Higher Regional Court in Koblenz found Eyad Al-Gharib guilty of aiding and abetting torture and forced imprisonment as crimes against humanity. He was sentenced to 4.5 years imprisonment. The defense will likely appeal the judgment. The judges’ reasoning shows two important aspects that should have been considered in determining the sentence, as well as the public discussion of the verdict.

In their oral reasoning, the judges noted that a verdict against Al-Gharib was only possible due to the self-incriminating statements he made with the German asylum authority. While there was a lot of evidence to find that the Syrian government is committing a widespread and systematic attack against the civilian population since March 2011, there was limited evidence as to Al-Gharib’s role in arresting people, transferring them to Branch 251, and the numbers of those victims. The judges found that there were 30 victims based upon Al-Gharib’s statement that there were “buses” (plural) used to transport detainees. According to the judges, this meant there were at least two buses. Coupled with the fact that a witness estimated that each bus had the capacity to carry at least 15 people, the judges concluded that Al-Gharib transported at least 30 detainees to Branch 251. Although there was factual evidence to ground this finding, it is a striking example of how little evidence there was apart from Al-Gharib’s own statements. (Furthermore, plural in Arabic means at least 3, meaning Eyad may have been talking about 3 buses and at least 45 victims)

The case against Al-Gharib was initially built upon a shaky foundation. When the prosecutors filed the case, they might have had more detailed self-incriminating statements from Al-Gharib. However, the German Federal Court of Justice found, that parts of Al-Gharib’s statement with the German police are inadmissible evidence because he was not properly informed that he would be questioned as a suspect and the specific rights he had as a suspect.

The case proceeding against Al-Gharib is hard to square with the fact that other insider witnesses testifying in the Koblenz trial were not prosecuted [see e.g. TR#5; TR#6, days 16+17; TR#12]. Due to his connection to the case against Anwar Raslan, the cases were initially combined in one trial. The severance of the cases was the right consequence in light of Al-Gharib’s right to be tried in a timely and fair manner (Art.6 I (1) ECHR). It was nonetheless unfortunate, considering that he is now the first person worldwide to be found guilty of aiding and abetting crimes against humanity, committed by the Syrian government.

Defecting as a Low-Level Warrant Officer

Immediately after the verdict was announced, many celebrated it as a victory over one of Bashar Al-Assad’s war criminals. However, Al-Gharib was not a high-ranking official but a low-level perpetrator. This is not to say that prison guards or drivers should be immune from prosecution. International criminal law precedents support criminal liability in cases where lower-level perpetrators are part of the machinery of death and destruction. Former Nazi prison guards continue to be extradited and prosecutedin Germany where evidence is limited to their presence and employment in Nazi concentration camps. Still the rhetoric surrounding the Al-Gharib verdict should not outstrip reality.

The judges also struggled to address this fact and the consequences it has for the determination of his sentence. One of the defense’s main strategies was to argue that Al-Gharib acted under duress. The application of the duress defense has confounded jurists from the beginning of the tribunal for the former Yugoslavia where the judges split on how it should be applied. Indeed, reasonable minds can disagree as to how much personal risk a person must take to avoid commission of a crime. According to his defense, Al Gharib allegedly had no choice but to follow the illegal orders of his superiors. Using this defense to request an acquittal might be too far reaching, nonetheless, the arguments should have been considered as mitigating factors in determining the sentence.

Instead, the judges found that Al-Gharib could have pretended to be sick or injured or simply tried to escape in a big confusing crowd. They based their arguments on one witness testimony from a former employee of the General Intelligence Directorate who said that he avoided participating in arrests by using sickness and injuries as excuses [see TR#20, forthcoming]. However, this witness, as well as others who did not show up for work, also stated that they were questioned by their superiors and even detained for a certain time when they were suspected of lying. Al-Gharib would have faced imprisonment and torture and therefore faking an injury or using other excuses to avoid participation in arrests etc. would have put his life, limb and liberty at risk. If Al-Gharib had disobeyed orders in the particular instance at heart of the trial – when the ‘choleric’ Hafez Makhlouf ordered Division 40 to shoot all protestors – he would have likely been shot on the spot.

Regarding possible threats to his family in case of defection, the judges found that Al-Gharib left Damascus without his family to hide in another city for several months. They further noted that during this time, his wife was merely questioned, and his family was eventually able to join him and leave Syria. The judges added that they could not say whether Al-Gharib indeed considered defecting after he committed the offences in Fall 2011 and before defecting in January 2012. It remains unclear what kind of evidence would have satisfied the judges to prove that Al-Gharib sought to defect. Several insiders [TR#5], witnesses [TR#6] and experts [TR#13, TR#15, TR#16] told the court that in Syria, one must prepare his defection secretly to not risk his own or his family’s life.

Overall, the trial against Eyad Al-Gharib and his verdict showed once more that trials under universal jurisdiction, at least for now, remain the only option for survivors of the Syrian conflict to achieve justice and accountability. Nonetheless, trials and prosecutorial decisions under universal jurisdiction are often politicized. At the start of the trial – the cases against Anwar Raslan and Eyad Al-Gharib were tried jointly – Germany received much commendation on the world’s first trial against former employees of the Syrian Intelligence Services. However, it was often overlooked that neither defendant was a senior official.

The lower-ranking of them has now been the first to be sentenced after the trials were severed. The judgment in his case is therefore the first worldwide against a former employee of the Syrian government (although Swedenconvicted a former member of the Syrian National Army). While it is indeed a landmark trial regarding the judicial evaluation of government-led crimes against humanity in Syria, it remains important to recognize the evidentiary weaknesses relating to Al-Gharib’s self-incriminating statements and the fact that he had limited options as a low-level member of the Intelligence Services to defect without risking his own or his family’s lives.

When seen as the beginning of a justice process – as the first of many cases – to bring to justice perpetrators from the Syrian government, survivors should be heartened by the verdict in this case. But it should also be a learning process and prosecutors in Germany and elsewhere should carefully consider their selection of cases against insider witnesses. Those most responsible for atrocities in Syria should remain the priority.