The report notes that Syrian regime and pro-regime forces have continued major aerial and ground offensives initiated in 2019 to recapture areas of northwest Syria. 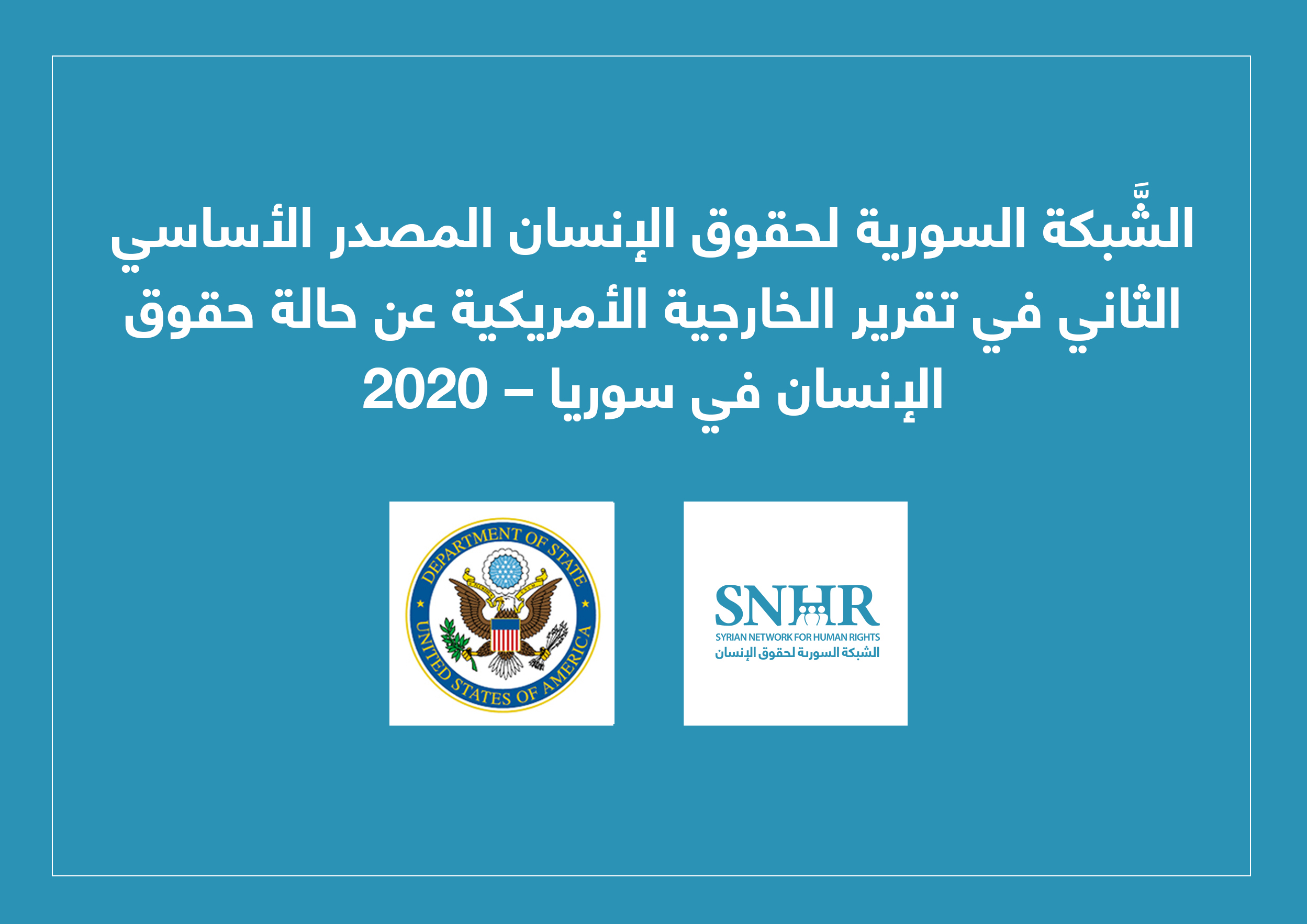 On Tuesday, March 30, 2021, the US Department of State’s Bureau of Democracy, Human Rights, and Labor released its annual report for 2020 on the human rights situation for various countries worldwide, with the Syria section of the report reaching 70 pages, and including documentation of multiple patterns of violations of international law.

The report notes that the 2020 People’s Assembly elections in Syria took place in an environment of widespread regime coercion, and that many Syrians residing in opposition-held territory did not participate in the elections, confirming that many reports did not classify the elections as being free or fair in any way, but rather noted that they were clearly rigged in favor of the ruling Baath Party, with most candidates either being from the Baath Party or closely associated with it.

The report adds that the Syrian regime grants absolute powers to the security services and affiliated militias (such as the National Defense Forces and others), but possesses limited influence over foreign military or paramilitary organizations operating in the country, including the Russian armed forces, the Iranian-affiliated Hizballah, and Iran’s Islamic Revolutionary Guard Corps (IRGC).

The report notes that Syrian regime and pro-regime forces have continued major aerial and ground offensives initiated in 2019 to recapture areas of northwest Syria, killing thousands of civilians and forcing nearly one million people to flee before a ceasefire was brokered in March 2020, which largely held through the remainder of the year.

The report also notes that military operations involving the use of heavy weapons have devastated the civilian infrastructure in the affected areas and exacerbated an already dire humanitarian situation, adding that Syrian and Russian airstrikes repeatedly struck civilian sites, including hospitals, markets, schools, settlements for internally displaced persons, and farms, many of which were included in UN de-confliction lists.
The report further notes that there are currently 6.6 million internally displaced persons in Syria, 2.6 million of whom are children, with more than 5.5 million more Syrians registered as refugees outside the country.