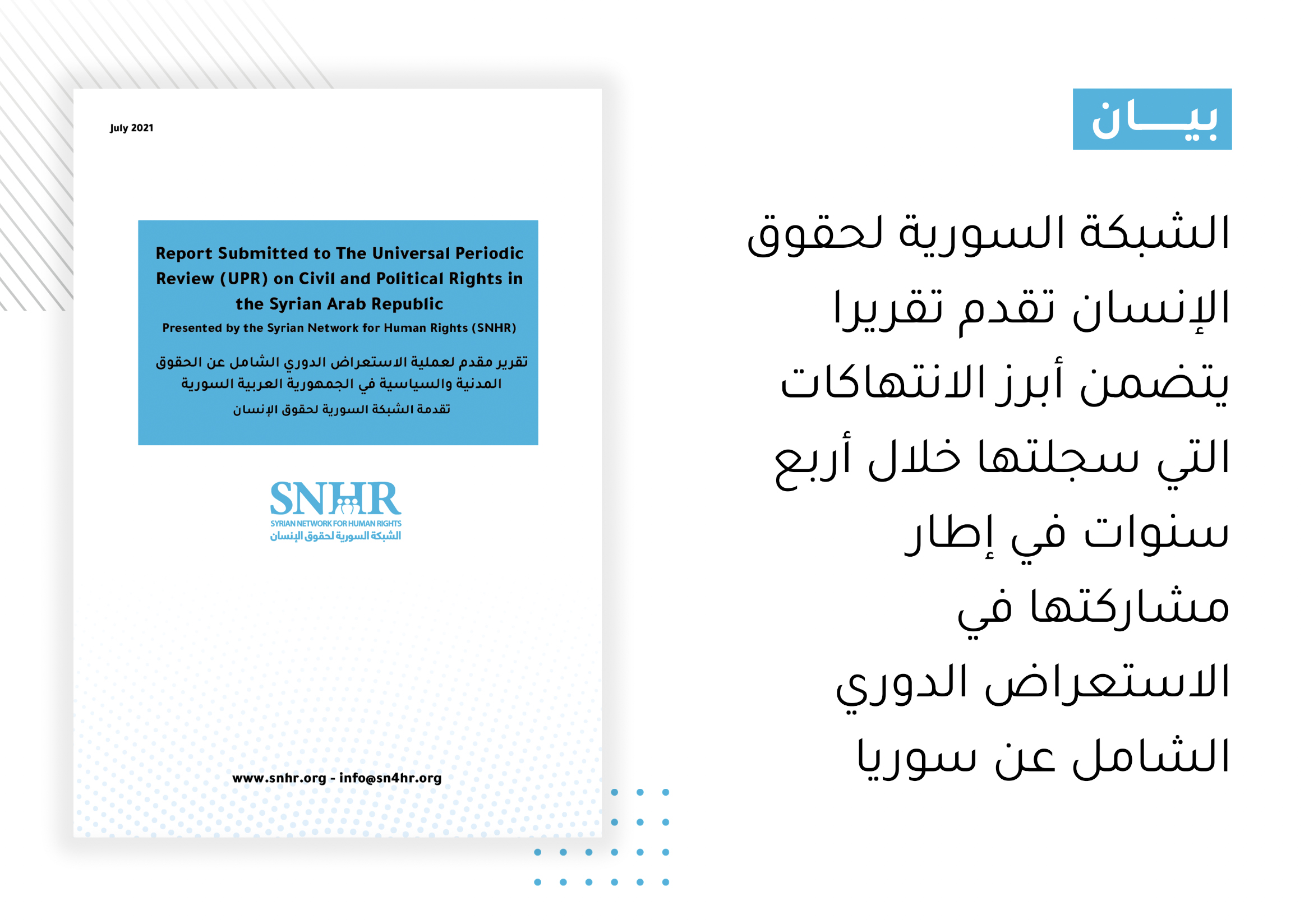 Source: Paris – Statement by the Syrian Network for Human Rights

I. For the Second Time Since the Popular Uprising Began in March 2011, SNHR Participates in the Universal Periodic Review Mechanism:

The Universal Periodic Review (UPR) is a mechanism of the Human Rights Council (HRC), through which it reviews the human rights records of all UN Member States, that takes place once every four years. The Syrian Network for Human Rights (SNHR) participated in the 2016 UPR on Syria by submitting a special report based on SNHR data, and by participating in the authorship of joint reports with other human rights organizations and civil society organizations.
Four years later, the time has come for the 2021 UPR on Syria, with SNHR submitting a report on July 14 to the Office of the High Commissioner for Human Rights (OHCHR), as part of our contribution as “Other Stakeholders” to the documents for the third cycle of the UPR, which will contribute to the summary presented by the OHCHR at the fortieth session, to be held in January and February 2022.

The Syrian regime submitted two national reports in the two previous cycles of the UPR. The second report (2016) focused on holding what it called “terrorists” responsible for the violations taking place in Syria , and attributed the deterioration of the situation for Syrian citizens and the negative impact on their enjoyment of their rights, especially in the areas of development, work and a decent standard of living, to unilateral coercive measures . This is a predictable standard policy for the regime, which has always denied all of its egregious violations, and has prevented the UN investigation committees, including the Independent International Commission of Inquiry (COI), from entering its territory. Based on the large amount of daily data that we have documented in the past four years, on which we relied in submitting the report, the Syrian regime has violated all human rights treaties that it has ratified, and all binding customary laws, in a widespread and systematic manner, with some violations, including torture, enforced disappearance and forced displacement, amounting to crimes against humanity, which was confirmed by the reports of the COI and international human rights organizations such as Human Rights Watch, Amnesty International and others.