UN and International Sanctions Must Be Imposed on Russia for Committing Crimes against Humanity and War Crimes in Syria, in Which It Killed 6,859 Civilians, including 2,005 Children, and Targeted 207 Medical Facilities. 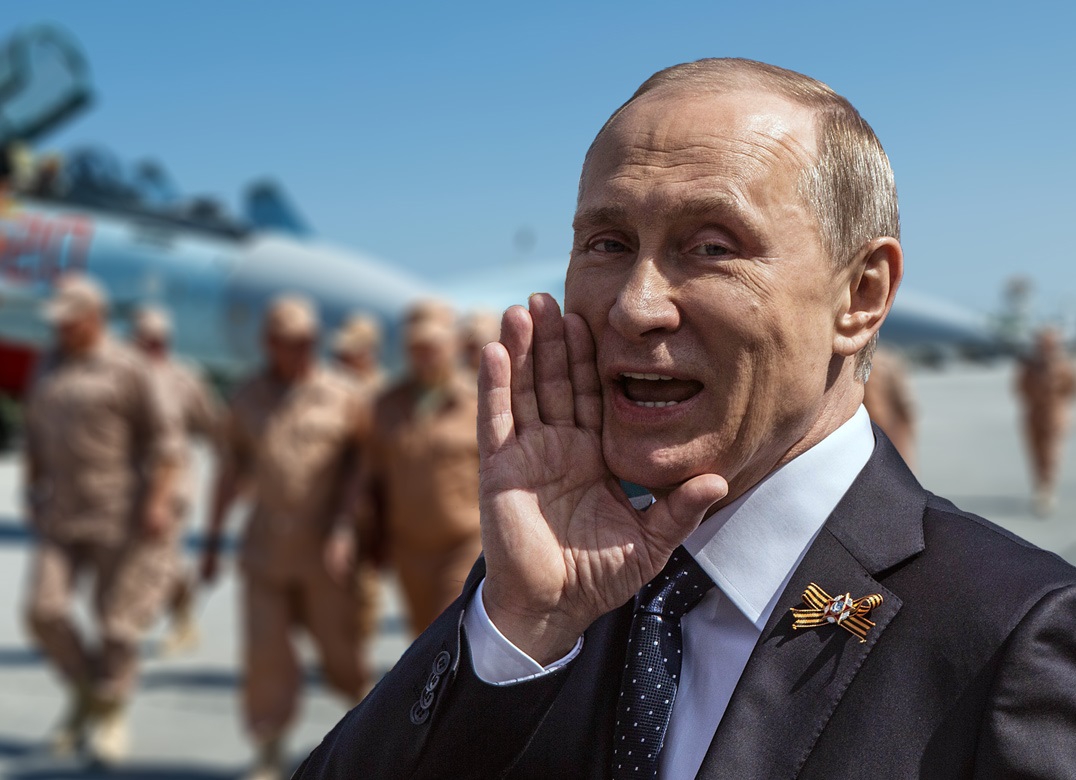 The Syrian Network for Human Rights (SNHR) has today issued its fifth annual report on violations by Russian forces since Russia’s direct military intervention in Syria in September 2015, in which it calls for the imposition of UN and international sanctions on Russia for committing crimes against humanity and war crimes in Syria in which it killed 6,859 civilians, including 2,005 children, and targeted 207 medical facilities.

The 40-page report notes that Russia has always justified its intervention in Syria by insisting that it came about at the request of the Syrian regime which controls the Syrian state; in reality, the report states, however, that this is simply legal misdirection, as there are human rights requirements which must be met to legitimize any military intervention, none of which are fulfilled in the Syrian case, where Russia’s intervention fails to meet any of the criteria.

The report provides an update on the record of the most notable human rights violations committed by the Russian forces since the start of Russia’s military intervention in Syria on September 30, 2015, up until September 30, 2020. In assigning responsibility to Russian forces in relation to specific incidents, the report relies on a number of determinants, including cross-checking large quantities of information and statements published by Russian officials, in addition to cross-checking a large number of first-hand accounts, most of which come from central signal operators.

Fadel Abdul Ghany, Chairman of the Syrian Network for Human Rights, says:
“The Russian military intervention in support of the Syrian regime constitutes a profound and shameful stigma on Russia’s modern history, providing additional evidence of the extent of Russia’s barbarity and brutality, as it has bombed residential areas and razed whole neighborhoods from the face of the earth without any mercy. The countries of the world must come together to deter Russian brutality, impose political and economic sanctions on it, and expose the practices of the ruling regime to the Russian people, so that we may witness a mass movement to advance it towards civilization, democracy and human rights.”

The report provides a brief timeline of the Russian strategy during the years of its direct military intervention, focusing on the military strategy in the fifth year, which the report notes varied according to geographical regions. In the northwestern region of Syria, Russia continued to launch attacks on the lines of contact between the areas controlled by the Syrian regime and those controlled by the Armed Opposition/ the Syrian National Army.
Meanwhile, in the eastern region of Syria, Russia has attempted to more effectively extend its incursion there and focused its efforts on two main goals, firstly to support the Syrian regime to regain control of the oil fields, and secondly to stop the ‘Peace Spring’ Turkish military operation, as the report notes.

The report refers to the Russian forces’ failure in southern region, with the security situation deteriorating there, further noting that Russia did not fulfill its promises to release detainees from the areas subject to the agreement of July 2018, which resulted in the displacement of the population of the area viewed as the popular incubator of the uprising to the Syrian North; despite this, however, the arrests have continued, abductions escalated, and the living conditions worsened.

As the report reveals, Russia has used the veto on three occasions in the past year among the 16 times it has used its veto since March 2011, with these three uses being against draft resolutions that attempted to revive Resolution No.2165 issued by the UN Security Council in July 2014, that allowed the United Nations to deliver cross-border aid without the Syrian regime’s permission.

As the report further reveals, since the end of 2018, Russian forces’ attacks are no longer limited to air strikes, have also extended to participation in some ground military operations and using artillery and tanks. The report notes that a number of local and international media have featured reports about Russia’s recruitment of security companies and mercenaries to fight in exchange for material income alongside its ground forces, with this report outlining data on three of these companies.

The report notes that since December 2019, Russia has worked to use the remaining Syrian fighters in the areas whose populations were compelled to conduct forced settlements with the Syrian regime by luring them with huge salaries and other incentives, including offering them exemption from compulsory military service in the regime army, in exchange for being transferred to Libya to fight alongside the forces of General Khalifa Haftar; that is, after the Syrian regime subsequently conscripted many of these fighters into its forces and arrested and disappeared a number of them.

The report notes that Syrian regime issues discriminatory laws in favor of Russia, further noting that a number of contracts have been signed between the Ministry of Oil and Mineral Resources and the Russian Mercury Company, which enabled the Russian firm to obtain a license to explore for oil in the eastern region and north of the Euphrates River.

The report also documents at least 354 massacres committed by Russian forces, and at least 1,217 attacks on vital civilian facilities, including 222 on schools and 207 on medical facilities, since the start of Russia’s military intervention in Syria up until September 30, 2020.

The report also cites statistics on the use of cluster munitions by Russian forces, which amounted to at least 236 attacks, in addition to 125 attacks with incendiary weapons carried out by Russian forces since Russia’s military intervention in Syria.

As the report explains, the escalating violence practiced by Russian forces has had the largest impact in terms of exodus and forced displacement, as Russian attacks, in parallel with the attacks carried out by the Syrian-Iranian alliance, have resulted in the displacement of approximately 4.5 million people.

The report reveals that Russia has used its veto many times even though it is a party to the Syrian conflict, which is a direct violation of the Charter of the United Nations; these uses of the veto have been employed to provide Syria’s regime with impunity for its crimes, giving it absolute immunity, with the veto being used in a wholly arbitrary fashion that contradicts and disregards human rights.

The report stresses that Russia has not launched a single investigation despite launching thousands of bombing operations that have caused the deaths of at least 6,859 Syrian citizens, further confirming its disregard for Syrians’ lives, with this indifference to human life shared with the Syrian regime and with neither having any interest in protecting the people of Syria.

The report urges the international community to form an international civilized coalition outside the Security Council to protect civilians in Syria from Russian and Syrian regime attacks free from Russia’s automatic veto.

The report provides a set of recommendations to the OHCHR, the UN Special Envoy to Syria, the European States and the European Union, as well as calling on the Russian regime to stop supporting the current Syrian regime, to apologize to the Syrian people for all violations committed by Russian forces, and to support a genuine political transition away from the dynastic dictatorship of one family and its brutal security services, stressing that this is the only way to achieve security, stability and reconstruction.