709 Journalists and Media Workers Have Been Killed Since March 2011, Including 52 Due to Torture 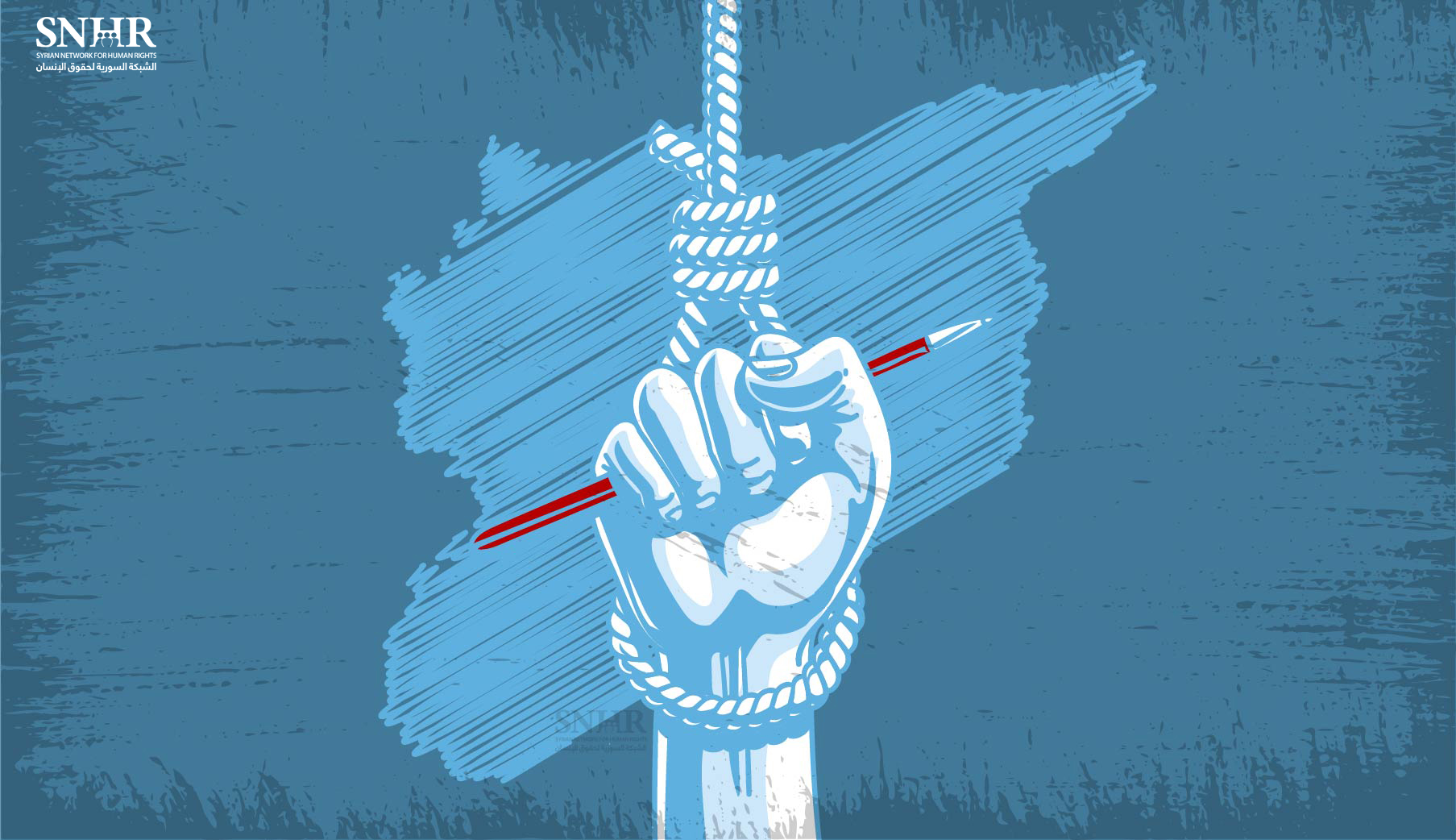 Paris – The Syrian Network for Human Rights (SNHR) has issued its annual report the most notable violations against media workers in Syria for World Press Freedom Day, noting that 709 journalists and media workers have been killed since March 2011, including 52 due to torture.

The 20-page report notes that many Syrian activists have taken it upon themselves to try to compensate for the regime’s banning of Arab and international media in Syria, to report news and the reality of events taking place, in light of the one party and one president dominating every aspect of public and private media and journalism work, with the regime further increasing its already brutal repression to become even more repressive since the outbreak of the popular uprising for democracy in Syria in March 2011, particularly targeting media workers and photographers, as well as expelling and banning all independent media. The report adds that these journalists’ and photojournalists’ camera lenses and news reports have also contributed massively to the process of monitoring, recording and documenting human rights violations, with journalists and citizen journalists often considered to be either the first to catalogue the event, being eyewitnesses to what happened in some cases, and survivors of bombing at other times, or often falling into two or all three of these categories simultaneously. Based on these pivotal roles, the journalists and citizen journalists have been subjected to numerous violations.

The report notes that the violations against journalists, citizen journalists and media workers are continuing for the tenth consecutive year, with the practices of the parties to the conflict and the controlling forces against the media sector workers in the past year not differing from previous years, although there were fewer such incidents.

The report notes the absence of any independent media and the regime security services’ control of all state media, which have been harnessed to promote sham presidential elections in which Bashar al Assad is running for president, despite his being the figure who led the state throughout the past two decades until it reached its current devastated condition in all human rights, legal, political and economic fields. The report adds that the Syrian regime has introduced laws that violate the most basic principles of human rights and which aim to suppress freedom of opinion and expression.

The report concludes, based on the events documented by SNHR documented throughout this period, that all the parties to the conflict and the controlling forces have violated many of the rules and laws of international human rights law in the areas they control, especially those related to freedom of opinion and expression, such as Article 19 of the Universal Declaration of Human Rights, and Article 19(2) of the International Covenant on Civil and Political Rights.

These parties have also violated many rules and articles of international humanitarian law, foremost among which is Rule 34 of customary law, which requires that civilian journalists engaged in professional missions in areas of armed conflict must be respected and protected as long as they are not taking a direct part in hostilities.

The report recommends that all the parties to the conflict/ controlling forces should immediately release journalists and media workers who have been arbitrarily detained, reveal the fate of the forcibly disappeared, allow access to all media outlets and cease to proscribe the work of journalists according to the extent of their loyalty to the controlling party, repeal all ‘security laws’ which absolutely suppress and deny freedom of opinion and expression, especially those issued by the Syrian regime, and should not use media as organs to serve the controlling forces and to justify their violations or falsify the truth.

The report additionally provides a number of other recommendations.