Two Decades of Violations and The Increased Need for Justice

In order to understand the Syrian conflict, and more importantly the type of justice processes that are needed, one must understand the full twenty years of Assad’s rule 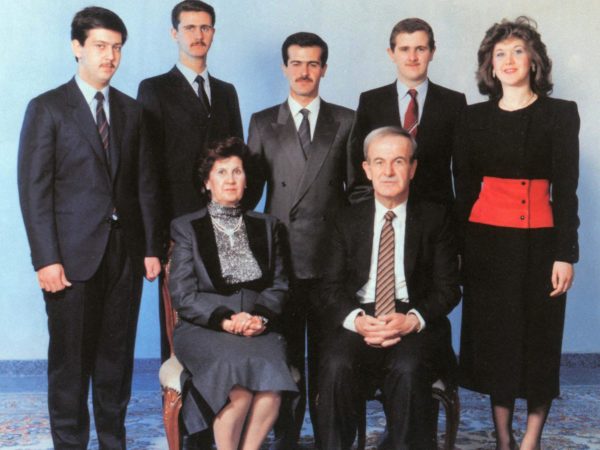 Twenty years ago, on July 16th, 2000, Bashar al-Assad was approved as president of Syria following a July 10, 2000 referendum that allowed the Syrian people to vote on the presidential nominee. Being the only candidate, he was elected with 97% approval. His election came approximately one month following the death of his father, Hafez al-Assad, who had been in the presidency for nearly 30 years. Following Hafez’s death, a hasty change to the constitutionwas made by Syria’s parliament to lower the age requirement for the presidency from 40 to 34, accommodating Bashar and setting a tone for the corruption to come.

In order to understand the Syrian conflict, and more importantly the type of justice processes that are needed, one must understand the full twenty years of Assad’s rule. At the end of Assad’s first decade, which was defined by increasing authoritarianism and mass civilian detention, discontent was widespread, and Syria was isolated from the international community. However, Assad proved himself incapable of recognizing this discontent, let alone implementing the necessary reforms. Instead Assad doubled down on his earlier policies, utilizing the institutions of the state he had helped form over the previous 10 years to attempt to quell the uprising through securitizing everyday life and creating a massive system of detention and torture.

The First Decade: Amnesties and Arrests

During Assad’s early years in the presidency, Syrians had some hope that he would not be the repressive ruler that his father was, citing his young age, background in the West, and lack of previous interest in politics. Early in his presidency was a time of relative openness that became known as the Damascus Spring, when groups of political intellectuals gathered to discuss various reforms the country could take. Similarly, in November of 2000, Assad issued an amnesty closing the Mezzeh prison, which held military and political prisoners and pardoned about 600 prisoners. However, these early hints at reform proved to be a mirage.

The Damascus Spring was followed by a campaign of arrests. This included the arrest of Syrian Member of Parliament and Damascus Spring leader Riad Seif, who published a reportcalling on parliament to investigate the granting of a business license to Assad’s cousin Rami Makhlouf. Additionally, the early amnesties were not expanded upon, and Assad’s security apparatus continued arresting political dissidents and journalists.

Also notable in the early years of Assad’s presidency was the assassination of Lebanese Prime Minister Rafik Hariri in February 2005. The assassination impacted the West’s relationship with Syria. The European Union suspended communications with Damascus on an EU association agreement, and talks were not reopened until two years later. The assassination demonstrated to those outside of Syria that the Assad government operates through corrupt means to ensure power and stifle opposition.

The Second Decade: Revolution and Violations

In January of 2011, following the beginning of protests as part of the Arab Spring, Assad sat down for a one-on-one interview with the Wall Street Journal. The interview is a window into Assad’s inability to understand the demands of the Syrian people. In response to the interviewer’s question about whether Assad was concerned that the protests in Egypt could inspire protests in Syria, he replied that “Egypt has been supported financially by the United States, while we are under embargo by most countries of the world. We have growth although we do not have many of the basic needs for the people. Despite all that, the people do not go into an uprising.” By focusing on external factors such as foreign financing and embargoes, Assad brushes aside the other sources for the discontent that would soon erupt, decades of corruption and oppression by his own government.

Not long after the interview, peaceful protests began across Syria asking for change in the oppressive government. Their requests were met with a heavy military response. Assad’s shut-down of peaceful dissent is the systematic product of decades of authoritarianism by the Ba’ath party, and set in stone by the arrests of political prisoners ahead of 2011.

Now nearing 10 years of conflict, the Syrian people have seen the destruction of civilian infrastructure, the besiegement by the Syrian government of civilians in towns occupied by opposition forces, the use of chemical weapons against civilians, and thousands of missing persons at the hands of both the Syrian government and extremist groups. As he finishes 20 years in office, Assad has destroyed numerous parts of the country, leaving millions of civilians displaced, and hundreds of thousands more dead or missing.

SJAC’s report Walls Have Ears takes a deep look into the security sector in Syria and conveys how the Syrian government has utilized its security apparatus to commit human rights violations. The crimes committed during Syria’s nine years of conflict stem from a system of corruption and oppression and the institutions within the Ba’ath party and Syrian government, which were designed for that purpose.  Because of this, justice measures must be created to address these institutions and their legacy of violations. As well as institutional reform, justice efforts must also include memorialization efforts, reparations to victims, a missing persons program, and the creation of a historical record of the violations and conflict in Syria.

During post-conflict peace-building, mechanisms must be built that ensure similar corruption and systematic violations are not repeated in Syria. With the systematic use of detention and missing persons as a standard practice against Syrian civilians, the international community must urge the Syrian government to release all names of detainees, both throughout the conflict and before the conflict, and make transparent the reasons why they were detained and if/when they were released. Finally, accountability must be at the forefront for victims who’ve survived violations across decades of the Ba’ath party’s rule in Syria.