This report is a necessary tool for all those fighting for justice, accountability, and the defense of human rights to hold the Russian government fully responsible for the intervention in Syria, one that is not based on any legitimate basis of international law. 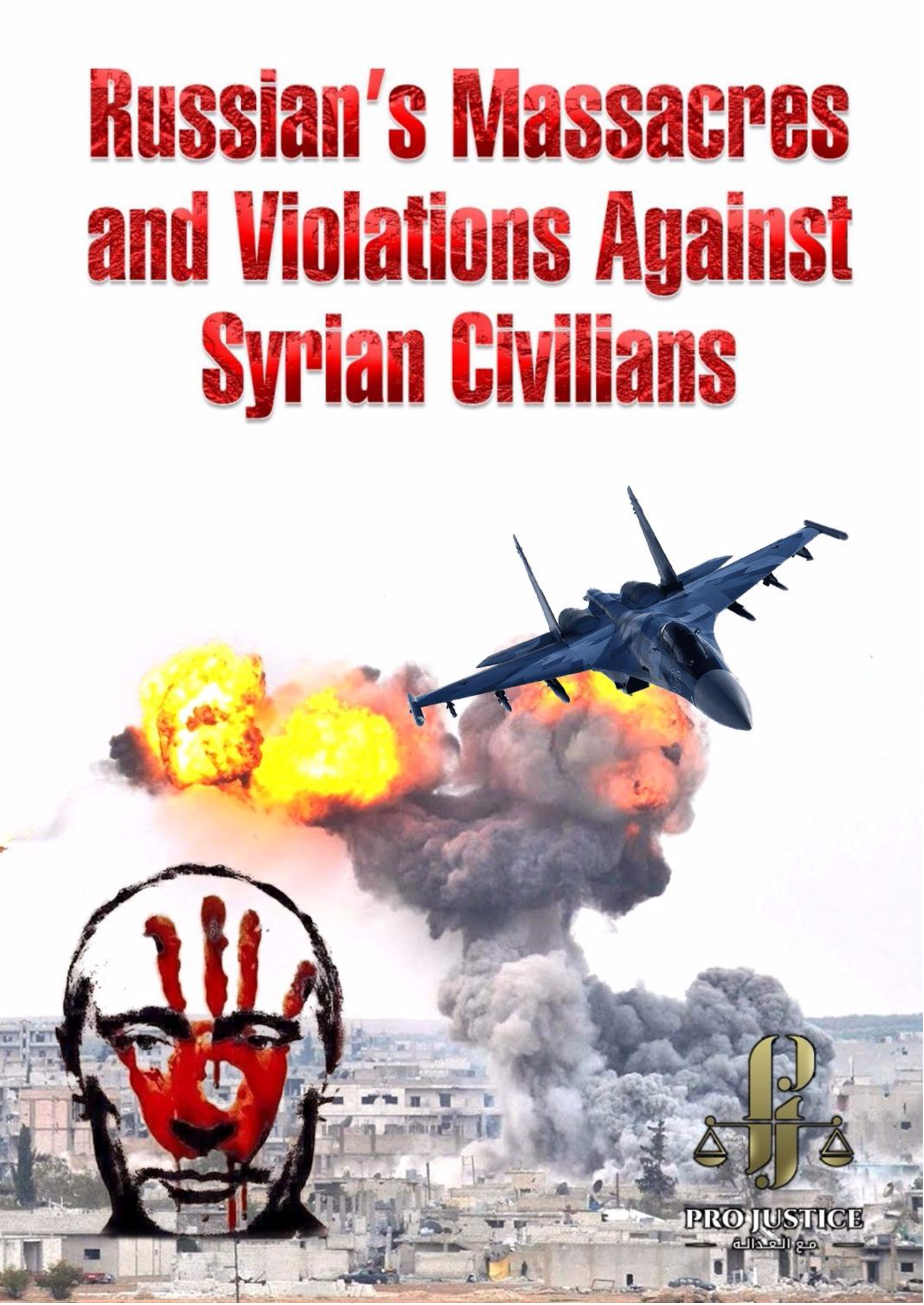 On September 30, 2015, Russia announced a military operation in Syria. The goal, as President Vladimir Putin said at the time, is to fight the terrorist organization ISIS. To this day, this turned out to be the largest and longest-running foreign intervention by the Russian military since the collapse of the Soviet Union. But the Russian forces did not put an end to ISIS. Rather, ISIS was defeated by the Syrians themselves and the international coalition. As for the Russian forces, they contributed to the killing of Syrian civilians and the demolition of their homes, hospitals, factories, churches, mosques, and bakeries, and destroyed their roads, bridges, and crops. Russia strengthened the tyranny of Bashar al-Assad, who is considered a war criminal by all international standards. It is common knowledge that without the Russian intervention in our revolution, the regime would have collapsed and a new, civil and democratic Syria would have been born – a state that abides by the principles of equal citizenship and the rule of law.

Well, the Russian intervention has achieved its goals in Syria: Russia returned to the Middle East, saved Assad from his downfall, and proved that it is capable of carrying out military-type operations abroad. However, the cost of Moscow’s victory was catastrophic for the Syrian and Russian peoples. Russian forces committed atrocities that could easily be classified as war crimes and crimes against humanity.

The Russian government and its media are lying when they say that its war was directed against ISIS and terrorism, as most of the victims of this military campaign are civilians, not armed men. These described crimes have been documented by human rights and international organizations, including the Syrian Network for Human Rights, the Independent International Commission of Inquiry, Human Rights Watch, the Syrian American Medical Association, the World Health Organization, Amnesty International, Doctors Without Borders, Physicians for Human Rights and others.

In this report, Pro-justice contributes to documenting these crimes. The report begins by explaining the legal frameworks of the Russian intervention and its presence in Syria. It refutes the Russian argument that this intervention and the perpetration of hundreds of war crimes and crimes against humanity were carried out at the request of the Syrian government and based on agreements signed between them. The report shows that the laws of the United Nations stipulate that countries must deposit the agreements signed between them with the United Nations to become binding, which did not happen. One of the conditions of international treaties is that all the parties must enjoy legitimacy and have legal capacity. In addition, there must be no conflict between the content or purpose of the treaty and any of the peremptory rules of public international law, because this conflict makes the treaty void. Therefore, international treaties cannot include the commission of war crimes or crimes against humanity, crimes of genocide, ethnic cleansing, and the seizure of military bases.

This report is a necessary tool for all those fighting for justice, accountability, and the defense of human rights to hold the Russian government fully responsible for the intervention in Syria, one that is not based on any legitimate basis of international law. The criminal must bear the brunt of his crime, even after a while.