“There was no room for leniency on my second visit,” one man said. “Almost everyone in that room was sentenced to death. They were reading the sentences aloud 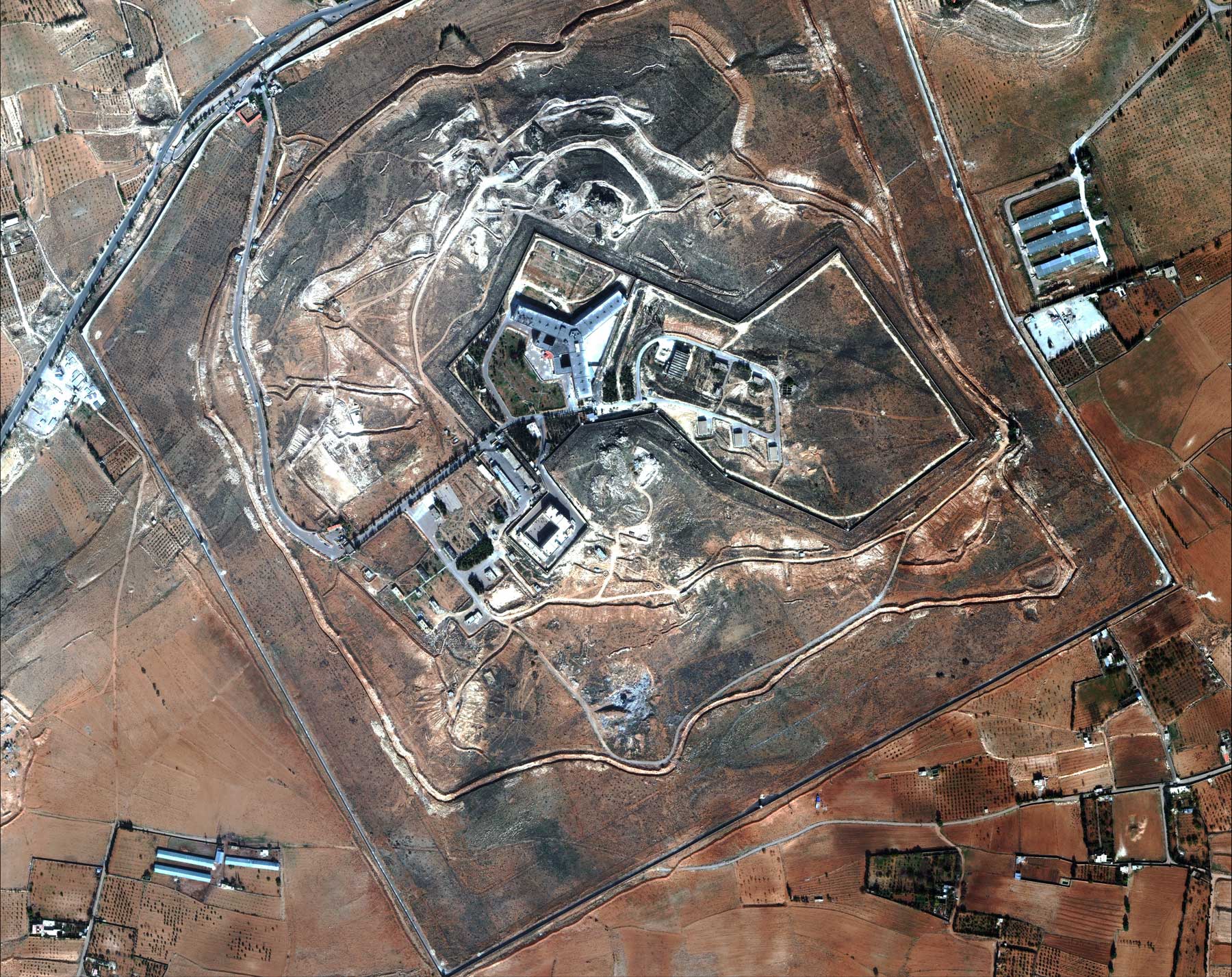 EIRUT — As Syria’s government consolidates control after years of civil war, President Bashar al-
Assad’s army is doubling down on executions of political prisoners, with military judges accelerating the pace they issue death sentences, according to survivors of the country’s most notorious prison.

In interviews, more than two dozen Syrians recently released from the Sednaya military prison in Damascus described a government campaign to clear the decks of political detainees. The former inmates said prisoners are being transferred from jails across Syria to join death-row detainees in Sednaya’s basement and then be executed in pre-dawn hangings.

Yet despite these transfers, the population of Sednaya’s once-packed cells — which at their peak held an estimated 10,000 to 20,000 inmates — has dwindled largely because of the unyielding executions, and at least one section of the prison is almost entirely empty, the former detainees said.

Some of the former prisoners had themselves been sentenced to hang, escaping that fate only after relatives paid tens of thousands of dollars to secure their freedom. Others described overhearing conversations between guards relating to the transfer of prisoners to their death. The men all spoke on the condition that their full names not be disclosed out of fear for their families’ safety.

According to two former detainees who have passed through the Damascus field court, located inside the capital’s military police headquarters, the rate of death sentences has sped up over the past year as the attitudes of court officials hardened. These two men had each appeared twice before a military field court judge, once earlier in the war and once this year, and were able to compare the way this secretive court operates.

“There was no room for leniency on my second visit,” one man said. “Almost everyone in that room was sentenced to death. They were reading the sentences aloud.”

Even before they reach the gallows, many prisoners die of malnutrition, medical neglect or physical abuse, often after a psychological breakdown, the former detainees said.

One former prisoner said guards had forced a metal pipe down the throat of a cellmate from the Damascus suburb of Darayya. “They pinned him to the wall with it and then left him to die. His body lay among us all night,” said Abu Hussein, 30, a mechanic from the western province of Homs. Another described how prisoners in his own cell had been forced to kick to death a man from the southern city of Daraa.

The Syrian government did not respond to requests for comment for this article. The government has never acknowledged the execution of prisoners or released figures on executions. No independent figures are available.

Satellite imagery of the Sednaya prison grounds taken in March shows an accumulation of dozens of dark objects that experts said were consistent with human bodies. The imagery was obtained by The Washington Post, which asked forensic experts to review it. 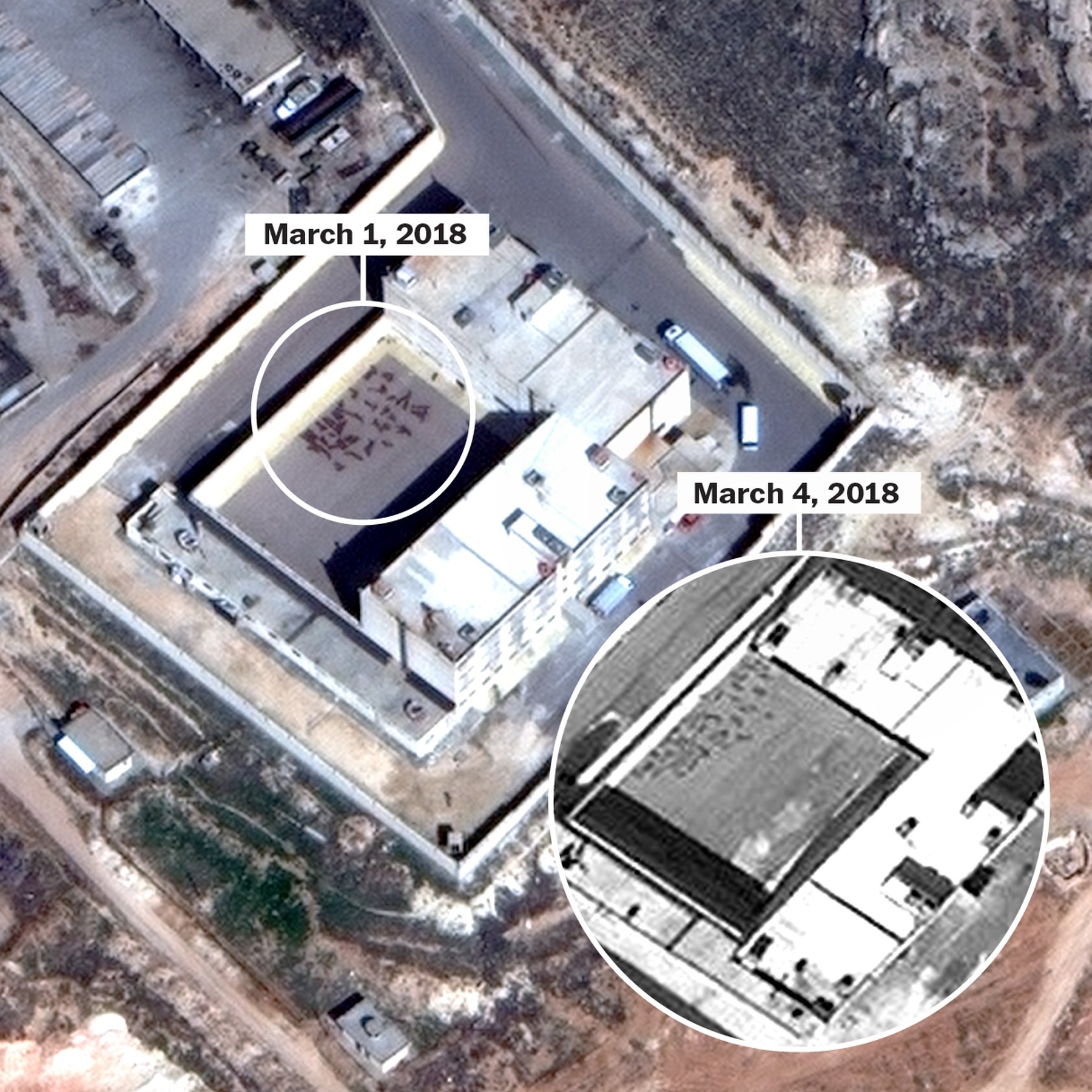 “Present in the imagery from March 1st and March 4th of the prison, there are dark elongated objects, similar to each other, measuring approximately five to six feet in length,” said Isaac Baker, imagery analysis manager at the Harvard Humanitarian Initiative’s Signal Program on Human Security and Technology. “While analysis and available data does not prove, it does corroborate, and is consistent with, eyewitness accounts of mass executions at this facility.”

Two former detainees held in cells nearest to the guardroom in their prison wing describe overhearing conversations between their jailers regarding executions in early March. “They were talking about a set of prisoners’ bodies that had been moved to the yard,” one man said.

Other satellite imagery of military land near Damascus, previously identified by Amnesty International as a location of mass graves, appears to show an increase in the number of burial pits and headstones in at least one cemetery there since the start of the year. Defectors who worked in the military prison system said this area, located south of the capital, is the likely location for the mass burial of Sednaya prisoners.

In the cemetery on the road running south from Damascus, dozens of new burial pits and headstones have appeared since the winter. 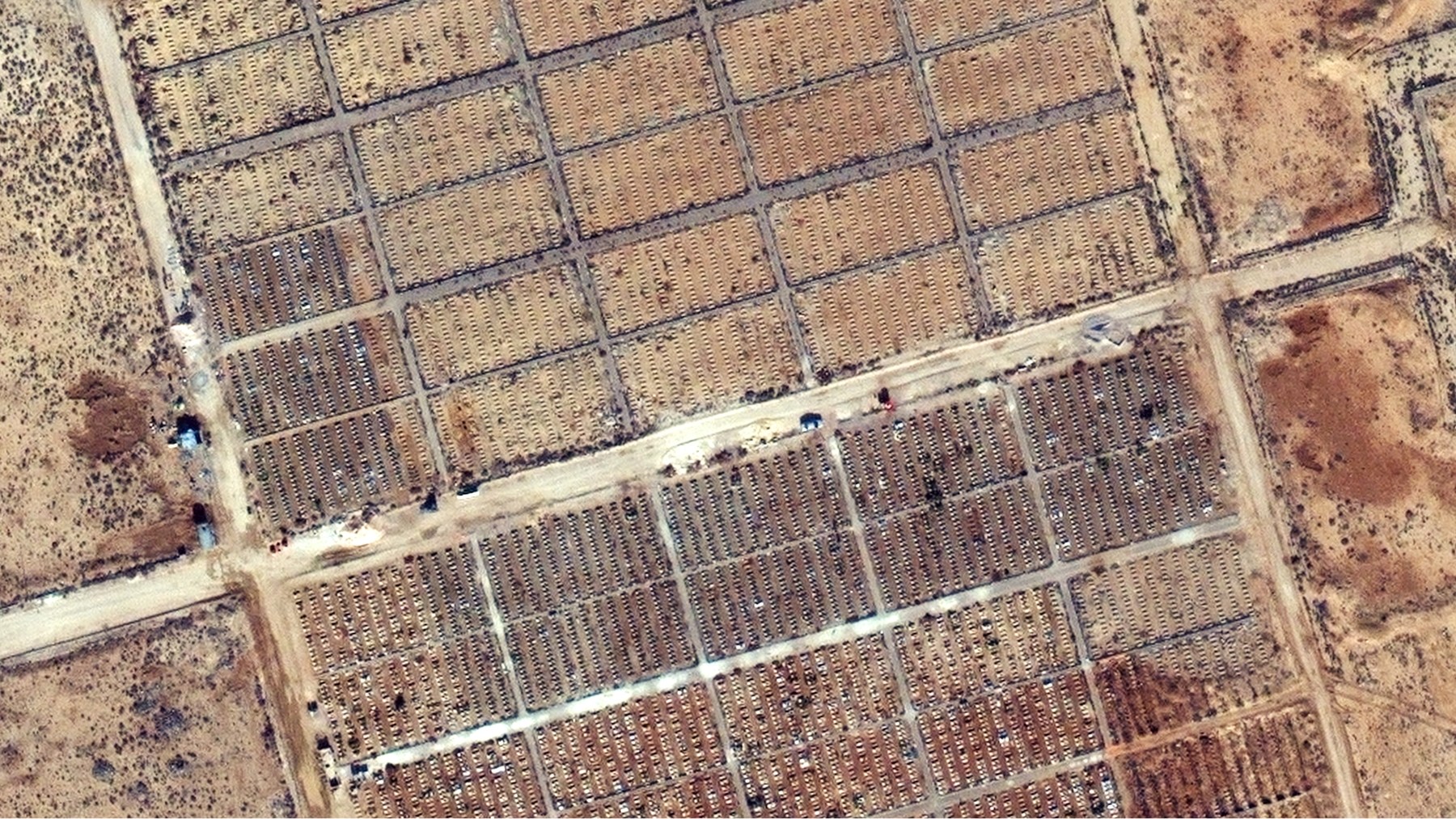 After seven years of war, more than 100,000 Syrian detainees remain unaccounted for. According to the United Nations and human rights groups, thousands, if not tens of thousands, are probably dead.

Although all sides in the conflict have arrested, disappeared and killed prisoners, the Syrian Network for Human Rights monitoring group estimates that as many as 90 percent have been held across a network of government jails, where torture, starvation and other forms of lethal neglect are used systematically and to kill. At one point, Sednaya alone held as many as 20,000 inmates, according to Amnesty International.

For this story, The Post interviewed 27 former detainees who were recently released from Sednaya. Most now live in Turkey but also in Syria, Lebanon, Iraq and Germany. They were identified by other former prisoners and by human right monitors and were interviewed in the Turkish cities of Istanbul, Gaziantep, Antakya and Siverek, as well as on the phone.

The former inmates say that guards enforced near-total silence among the prisoners, who sleep under blankets infested with mites and ticks on stone floors sticky with bodily fluids. “When you are in Sednaya, you cannot think of anything, you can’t even speak to yourself. The beatings are torture. The silence is torture,” said Mohamed, 28.

He described the cellmates he had left behind as “caged animals.”

“Some had their spirits completely broken, and others just became manic and crazed,” he said. “Death would be a mercy for them. It’s all they’re waiting for.”

Although execution days vary, Sednaya’s former prisoners say the guards most commonly tour the cells on Tuesday afternoons, calling out names from lists.

“You knew they were coming when they banged on the metal door and started screaming at us to turn around. Everyone would scramble to the wall and stand as still as they could,” one former inmate said. “Then you just stood there and prayed they didn’t pull you away.”

In Mohamed’s case, that is exactly what they did. With a T-shirt pulled over his head, the former student was yanked out of his cell and taken to the basement death row, being beaten as he stumbled downstairs. He recalled being surrounded by the screams of others.

He and other inmates were pushed into a cramped cell and stripped naked before the guards left, slamming the metal door behind them. The prisoners were kept there for a week.

Even more prisoners were jammed into an adjacent cell. They included Hassan, 29, a farmer who had been transferred to Sednaya from a civilian prison in the southern city of Sweida. Sitting up all night and waiting for death, the men talked in low whispers, sharing their life stories, as well as their regrets.

“It was dark in there, but what I could see of their faces was pure terror,” Hassan said. “Eventually everyone stopped talking.”

Yet when guards came to take prisoners, neither Mohamed nor Hassan had their names called. They would later learn that their families had paid tens of thousands of dollars to a government-connected middleman — part of a network that has sprung up during the war to provide families with news of detained relatives and at times help release them in return for vast sums of money.

The reported spike in death sentences comes as the fate of Syria’s wartime detainees is being discussed at peace talks in the Kazakh capital, Astana. With Syria’s rebel forces cornered in the far northwest of the country and all but defeated, officials from Russia, Turkey and Iran are trying to negotiate an end to the conflict.

The Syrian government, meanwhile, has been issuing death notices for political prisoners at an unprecedented rate. The practice began to gain pace in January and, in many cases, appears to confirm that detainees had been dead since the early years of the conflict.

In a report released last month, the U.N. body established to investigate war crimes in Syria said that the mass release of death notices amounts to an admission by the government that it has been responsible for the deaths of prisoners whose detention it had denied for years.

“We think it must be linked, obviously, to the state beginning to look ahead beyond the conflict — to feeling like ‘our existence is no longer completely under threat and we have to look ahead at how do we deal with the population at large,’ ” said Hanny Megally, a lead investigator with the U.N. Commission of Inquiry on Syria. “People are demanding now more information about what happened, why, where. Where are the bodies?”

In interviews, former prisoners offered a rare window into the workings of the military field court, where the accused appear without lawyers and charge sheets are often the product of torture. Detainees arrive cuffed and blindfolded. Their trials rarely last longer than three minutes.

In some cases, the recent executions in Sednaya were based on sentences handed down years ago. What has changed, former detainees say, is the haste with which new ones are being issued.

Once the prisoners are hanged, their bodies are usually carried straight from the execution room to a waiting truck or car and then transported for registration at a military hospital before being buried in the mass graves on military land, according to Amnesty International.

Mohamed and Hassan were among those who dodged that fate. After years of what they described as torture and extreme neglect, leaving both with scars and severe health issues, they made it across the border to Turkey earlier this year.

As Hassan crossed from Syrian-held territory into a final rebel stronghold close to the Turkish border, the smugglers guiding his group mistakenly steered it into a minefield, and his leg was blown off. He still screams in his sleep.

“The Sednaya memories cannot easily be forgotten,” he said. “Most of my cellmates are dead now. I keep thinking of the people who are still there.”