Statelessness is a serious, lifelong impediment to acquiring basic services and rights, including education and medical care 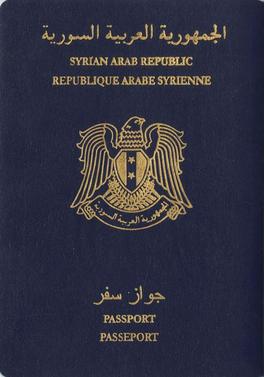 In recent weeks, international media has been flooded with stories of foreign ISIS members who are attempting to return to their home countries in Europe and North America. Ensuring that these individuals receive fair trials and are not threatened with statelessness via de-naturalization should be a priority for the international community. However, these stories have ignored another group who have been left in legal limbo after the destruction of the so-called caliphate: children born to Syrian mothers and foreign ISIS fighters. Many of these children do not have strong claims to citizenship in their fathers’ home countries, and, because of Syrian nationality laws, they do not possess Syrian citizenship either. Even children with unknown fathers, who are able to obtain Syrian citizenship, are not registered with the state because they were born outside of its control.  Many of these children are currently living in difficult conditions within IDP camps, and they and their mothers will face severe social stigma when they attempt to reintegrate into society. While foreign states should work to repatriate ISIS members, Syria will need to face the challenge of reintegrating these children into society and ensuring their legal status.

As the final towns controlled by ISIS have fallen over the past few weeks, former members as well as innocent civilians have fled, ending up in large IDP camps. Reports from inside one such camp, al Hol, in Northeast Syria, describe dire conditions, with new arrivals, including women with young children and even infants, sleeping in the open air. While a small number of foreign women live in these camps, the majority of residents are Syrian, including many women who married and had children with foreign fighters. These women now face a unique set of challenges. The problem stems from Syria’s nationality law, under which citizenship cannot be passed down by the mother, unless the father is unknown. This means that children born to a non-Syrian father, are not considered Syrian, even if they are born within the country to a Syrian mother. As a result, many children are left without citizenship or a birth certificate with any legal standing outside of ISIS territory. Some women have begun to skirt this problem by registering their babies under the child’s maternal grandfather’s name, an unofficial process facilitated by local organizations in Raqqa. However, this is not a long-term solution to the problem and will serve to only further complicate the child’s status in the future.

Statelessness is a serious, lifelong impediment to acquiring basic services and rights, including education and medical care. In Iraq, where many Iraqi women had children with foreign Al Qaeda fighters, many children remain stateless and without basic identification papers even as they reach school age. Such children are growing up without access to basic services and are often ostracized from their communities, where both their affiliation with extremism as well as suspicions about birth outside of marriage have led to a deep stigma.

The fundamental right of all people to a nationality is affirmed by a number of international legal instruments, including the Universal Declaration of Human Rights, and it is an obligation of all states to adopt measures to prevent statelessness among children born in their territory or of their nationals. The Syrian government as well as the Syrian Democratic Forces must take immediate steps to secure the legal status of these children. First, Syria must amend its citizenship laws so that mothers can pass their citizenship on to their children, a change that should apply retroactively to the entirety of the conflict to ensure that all children born to foreign fighters throughout the conflict are able to claim their rights as Syrian citizens. Additionally, an official process for registering births and marriages that took place under the control of ISIS will need to be established, so that children can receive new identification papers issued by the state or the current ruling authority.

In the long-term, programs will need to be put in place to support the reintegration of children, and others for whom there is no proof of criminal conduct, back into Syrian society. Many children of foreign fighters, particularly those who appear foreign, are already facing deep stigma within the camps. Children of Syrian fighters face their own challenges. In some cases, wives of ISIS fighters, whether foreign or Syrian do not know the identifies of their former husbands, as fighters preferred to utilize noms de guerre. Many of these men have since been killed, detained, or have fled, leaving their wives with no information on their identity. While Syrian nationality law does allow children of unknown paternity to receive citizenship from their mothers, their ID cards will list their fathers’ name as unknown, a lifelong source of shame and stigma for many. These children and their mothers must be intentionally integrated into broader educational and psychosocial support programs as they rejoin Syrian society.