The issue of the sanctions that are imposed on Syria, such as the American and the European sanctions, is considered one of the most controversial matters on the Syrian 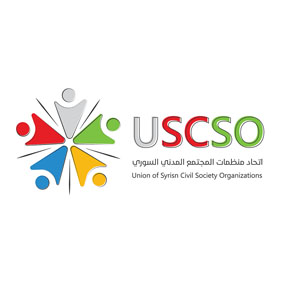 The issue of the sanctions that are imposed on Syria, such as the American and the European sanctions, is considered one of the most controversial matters on the Syrian scene at the present time, especially amongst Syrian civil society organisations. This is due to the fact that, ever since these sanctions were imposed in 2011 and until now, there were only a few attempts to determine the extent of their effectiveness in achieving their intended objectives, and to measure their impact on the daily life of Syrians, which in turn made it difficult to differentiate between what is real and what is fabricated by the Syrian authorities in the context of the current economic and humanitarian crisis that Syrians are living through. Moreover, the topic of the sanctions is a complex one, and it has many dimensions; economic, political, social, humanitarian and legal, and all these aspects must be considered when adopting any position, with regards to the sanctions, by the Syrian civil society.

Furthermore, sectoral sanctions, and the sanctions that target specific individuals and entities are often confused. For, sectoral sanctions are sanctions targeting specific economic sectors, and they are mainly intended to deprive the Syrian authorities of their financial resources and of any technical support that may enable them to continue oppressing the Syrian people, and this includes, for example, restrictions on the import of Syrian oil and petroleum products, restrictions on the supply of equipment, technology or software that can be used to monitor or intercept internet and telephone communications, restrictions on equipment and technology for the oil and gas sector, and monetary and bank restrictions. As for individual sanctions, they target specific individuals and entities due to their association with the Syrian authorities and their crimes, and because they are considered responsible for oppressing the civilian population, and therefore, the individuals that are targeted under this type of sanctions, are subject to the freezing of assets, the prohibition of making funds available to them and to travel bans.

In light of this ambiguity and complexity surrounding the topic of sanctions, it was only natural to see an increase in the number of voices which consider sanctions a main cause of the economic and humanitarian crisis that the Syrian people are living in, with the argument that these sanctions prevent the import of many essential and basic items that Syrians need in their daily life, such as medicine, medical equipment and petroleum products, and that the sanctions hinder humanitarian funds from reaching Syria.