After Its Secretary of State Announced That the Syrian Regime Again Used Chemical Weapons, the USA Should Implement Its Red Line Pledge

Through Its Repeated Use of Chemical Weapons of Mass Destruction, the Syrian Regime Shows It Is a Threat to the World and Humanity, Not Just Syrians 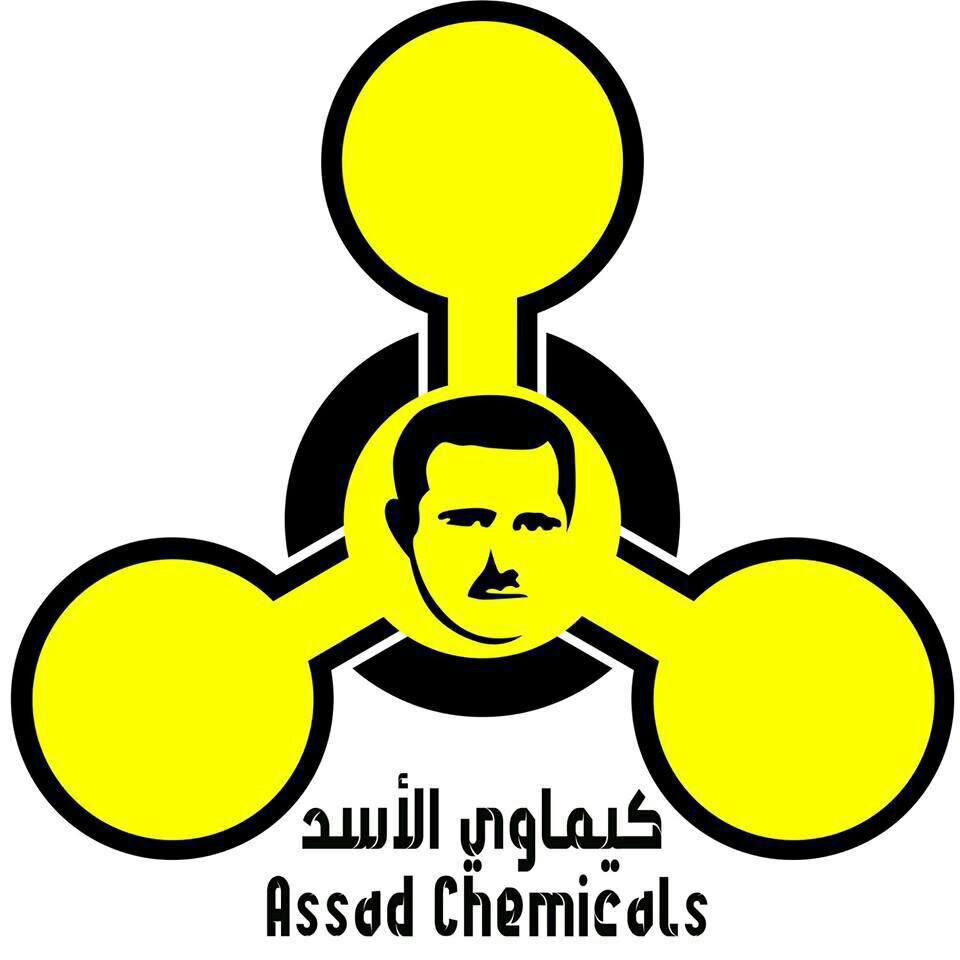 Press release:
The Syrian Network for Human Rights warned in its report issued today that the Syrian regime, through its repeated use of chemical weapons of mass destruction, poses a threat to the world and mankind, not only Syrians, calling on the United States to implement its previous Red Line pledge after the US Secretary of State announced the use of chemical weapons by the Syrian regime again.

The report notes that the US government investigations into the use of chemical weapons in the suburbs of Latakia and announcing it are two more decisive steps towards exposing the litany of war crimes, which are still being committed by the Syrian regime, exposing it to all the world’s countries, especially those that wish to restore relations with the regime, such as the Egyptian state, which is currently leading efforts to rehabilitate this regime responsible for committing war crimes and restore it to its former position in the Arab League rather than emphasizing its expulsion, imposing further sanctions and subjecting it to international isolation.

Fadel Abdul Ghany, Chairman of the Syrian Network for Human Rights, adds:
“All the world’s countries must join forces in accordance with Common Article 1 of the Geneva Conventions to prevent the Syrian regime from violating the Geneva Conventions by using weapons of mass destruction. States or companies that attempt to rehabilitate and assist the Syrian regime economically, militarily or politically must know that the Syrian regime continues to commit war crimes and crimes against humanity and that they will therefore be involved in these crimes under international law. The United States should prevent this and lead a civilized alliance to protect the world from the threat of chemical weapons of mass destruction and to eliminate them and all those who use them in various political, economic, military ways.”

The report reveals that at least 191 chemical attacks is the record of the chemical weapons use by the Syrian regime since President Barack Obama’s pledge until the end of his presidential term on January 20, 2017.
According to the report, this pledge is not simply about the administration of President Barack Obama alone, but concerns all the successive US governments, who still bear responsibility for as long as this pledge remains in force; the Syrian people and all humankind still hope that America’s leaders will correct this error, fulfill the pledge, and help rid the people of the weapons of mass destruction owned by the Syrian regime and of all those involved in their use, as well as those who justified or rationalized their use by denying these attacks had taken place or using their veto to protect the Syrian regime, specifically referring to Russia, which obstructed the renewal of the mandate of the Joint Investigative Mechanism established by UN Security Council Resolution No. 2235; this means that the Russian regime has approved the Syrian regime’s use of chemical weapons in one form or another, and provided it with protection in order to repeatedly use them, apparently with complete impunity.

The report states that the administration of President Donald Trump has been more assertive and has taken more serious steps in light of the UN Security Council’s failure to prevent the Syrian regime from using weapons of mass destruction thereby threatening international peace and security. In this context, the report notes that US forces targeted al Shayrat airbase in the eastern suburbs of Homs, after the Khan Sheikhoun chemical attack on April 4, 2017. However, the report adds, this limited response failed to deter the Syrian regime, which subsequently resumed its use of chemical weapons, deploying them 14 times, before carrying out its attack on Douma city in Damascus Suburbs, , which resulted in US, French and British forces targeting facilities working to develop the Syrian regime’s chemical weapons program following the attack in April 2018. More importantly, as the report states, this limited military offensive has not been followed by serious international steps towards a political transition process contributing to the removal of the government and the regime which ordered the use of weapons of mass destruction. Encouraged by this apparent impunity, the Syrian regime repeated its use of chemical weapons in al Kbaina village in the eastern suburbs of Latakia on May 19, 2019.

As the report notes, the Syrian regime has committed heinous crimes and violations against Syrian civilians for over eight years to date. It has also consistently failed to respond to any of the demands of the International Commission of Inquiry on the Syrian Arab Republic, or to those of the High Commission for Human Rights, or even to Security Council resolutions. The Security Council, which was supposed to take collective measures and action under Article 41 and 42 of the Charter of the United Nations, also failed because of the immunity granted to the Syrian regime by Russia, which has routinely used its veto in the case of the Syrian regime, despite the Syrian regime’s failure to abide by its responsibility for the protection of civilians and committing the most egregious violations against them, reaching the level of crimes against humanity, and extermination within detention centers through torture.
Furthermore, the report states, the type of “conscience-shocking situations” which the UN is required to take action to prevent are exactly what have continued to happen in Syria on a staggering scale, not only in the form of one massacre or one violation but in industrial-scale, continuous killings and torture, sexual violence, enforced disappearances, the use of chemical weapons and barrel bombs, and besieging civilians. In this context, the report cites a report issued in December 2001 by the International Commission on Intervention and State Sovereignty, which stressed that: “The Security Council should take into account in all its deliberations that, if it fails to discharge its responsibility to protect in conscience-shocking situations crying out for action, concerned states may not rule out other means to meet the gravity and urgency of that situation. ”
In this context, the report stresses that the states attending the 2005 Summit unanimously agreed that each country had a responsibility to protect its population from crimes against humanity and war crimes. This responsibility entails the prevention of such crimes, the prevention of incitement to commit them by all possible means, and occasions on which the state clearly fails to protect its population from egregious crimes, or itself is committing such crimes as in the case of the Syrian regime, it is the responsibility of the international community to intervene to take protective measures in a collective, decisive and timely manner.

According to the report, these attacks collectively resulted in the deaths of at least 1,472 individuals, 1,397 of whom were civilians, including 185 children and 252 women, in addition to 68 Armed Opposition fighters and seven Syrian regime prisoners of war who were being held in an opposition prison.

The report calls on the US Administration to conduct investigations into other chemical weapons attacks carried out by the Syrian regime and to expose the regime’s practices and those of its allies, further noting the agreement signed between the US government and the Syrian Network for Human Rights under which the US government will be provided with documentation of the incidents documented on the SNHR database.

The report recommends that the US government should prosecute officers and political and military leaders responsible for the chemical weapons issue in Syria, stressing that the Syrian Network for Human Rights will provide it, in accordance with the agreement, lists of those involved in the use of chemical weapons.

The report also calls on the US government to form a civilized alliance aimed at eliminating the Syrian regime’s remaining stocks of chemical weapons and to ensure that they are not used again, to impose strict political and economic sanctions on anyone trying to rehabilitate the Syrian regime, which the US administration has proven to be involved in using chemical weapons that threaten the security and safety of the region and the world.

The report states that the international community should create a humanitarian alliance aimed at protecting Syrian civilians from chemical weapons and barrel bombs since, without any such protection, Russia will continue to obstruct the Security Council and to use its veto with impunity. There is also a similarly urgent need for immediate humanitarian intervention to protect the Syrian people from the crimes against humanity practiced by the Syrian regime, similar to the NATO intervention to protect civilians from killings and ethnic cleansing in Yugoslavia.

Finally, the report stresses that the Organization for the Prohibition of Chemical Weapons should intensify its efforts to conduct investigations and announce their results in order to achieve justice and accountability by exposing the truth to Syrians and the world because the bureaucracy and the slow pace of investigations and of issuing reports have caused the Commission to lose a great deal of its former credibility and led many Syrian organizations and wider civil society to lose enthusiasm and to question the organization’s trustworthiness and credibility or to be willing to cooperate with it.