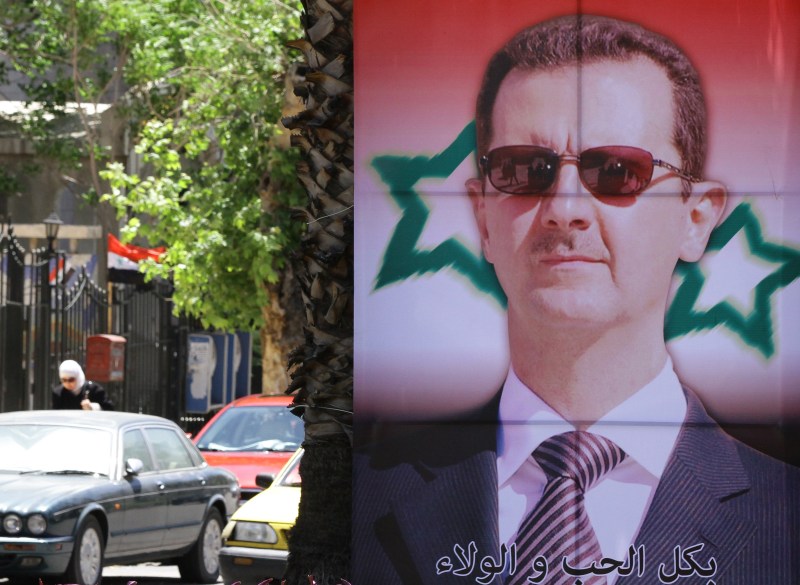 President Donald Trump is taking considerable flak for his impulsive decision to withdraw U.S. forces from northern Syria. He deserves it because it is hard to imagine a more inept or ill-considered response to the imbroglio he inherited there. But let’s not lose sight of the bigger picture: U.S. policy toward Syria has been a failure for years, and the American strategy—if that word is even appropriate—was rife with contradictions and unlikely to produce a significantly better outcome no matter how long the United States stayed. (For a good brief summary of “how we got here,” see Max Fisher’s piece in the New York Times.)

As depressing as it is to write this sentence, the best course of action today is for President Bashar al-Assad’s regime to regain control over northern Syria. Assad is a war criminal whose forces killed more than half a million of his compatriots and produced several million refugees. In a perfect world, he would be on trial at The Hague instead of ruling in Damascus. But we do not live in a perfect world, and the question we face today is how to make the best of a horrible situation.

We might begin by acknowledging that the U.S. commitment to the Kurdish militias—also known as the Syrian Democratic Forces (SDF)—was never absolute or open-ended. It was tactical and conditional, based on common opposition to the Islamic State. The Kurds did not fight the Islamic State as a favor to the United States, and it didn’t help them out of a sense of philanthropy. Once the Islamic State was under control (if not entirely eradicated), the U.S.-SDF partnership was on borrowed time. I understand the anguish that U.S. military personnel feel at leaving comrades whom they have fought alongside in the lurch, but it was likely to happen sooner or later. With a better president, however, it might have been implemented in a disciplined fashion, and as part of a broader diplomatic agreement, instead of being done capriciously and for no tangible gains. Under Trump, however, that was not to be.

Why were the Kurds in this unenviable position? Because there is no independent Kurdish state and no prospect for one anytime soon. The U.S. government has never supported that goal because it understood that trying to carve an independent Kurdistan out of the Kurdish regions of Syria, Iraq, Iran, and Turkey would ignite a major regional war. But with no Kurdish state in the offing, the SDF was inevitably going to have live under the authority of one of the existing regional powers.

Second, Turkey regards the SDF as a very serious threat. Turkish President Recep Tayyip Erdogan may overstate the actual danger that the group poses, but this is a red-line issue for Turkey. As long as the Kurds had de facto autonomy in northern Syria, Turkey was going to be itching for an opportunity to eliminate it. Keeping U.S. troops there delayed that day of reckoning, but their presence did not offer a long-term solution to this problem.

Third, it has been obvious for some time that the Assad regime won the Syrian civil war. This outcome is morally appalling, but moral outrage is not a policy. As long as his regime was weak and as long as U.S.-backed forces occupied Syrian territory, however, Assad was unable to consolidate his position and remained dependent on Russian and Iranian support.

At this point, allowing Assad to regain control over all of Syria will solve a number of vexing problems. It addresses Turkey’s fears about Kurdish autonomy—Erdogan doesn’t like Assad one bit, but he likes the Kurds even less. Once Assad regains full control, the Islamic State becomes his problem, not the United States’. He is certain to deal with the group ruthlessly because the Islamic State is a radical Sunni movement that views Syrian Alawites as apostates. Moreover, the more secure Assad becomes, the less he will need Russian or Iranian backing. Propping him up has been costly for both Moscow and Tehran, and their presence and influence is likely to decline once Damascus is able to exert reliable sway over all of pre-civil war Syria. Some other countries, such as Israel, will be happy to see Iran’s presence in Syria decline. And if Russia and Iran stay in Syria, they will simply be pouring additional resources into a country of minimal strategic importance.

The current situation underscores just how misguided U.S. policy has been in recent years. Once it was clear that Assad would win, the United States should have been pushing for a diplomatic settlement while it still had boots on the ground and skin in the game. But America’s diplomatic efforts were halfhearted and hamstrung from the very start. Under former President Barack Obama, the United States refused to let Iran participate in the initial Geneva talks (thereby guaranteeing that they would go nowhere), and Washington isn’t even participating in the current negotiations between Russia, Turkey, and Iran in Kazakhstan. Indeed, the United States was still hoping for some sort of regime change in Syria, with the U.S. troops there acting as a “bargaining chip to secure not just the Islamic State’s defeat but also political change in Syria.”

A serious diplomatic effort would require the United States to work with each of the other interested parties, but Washington far too high-minded for that. It won’t work with Russia because it’s angry about Ukraine; it won’t talk to Assad because he’s a war criminal; and it won’t deal with Iran because it’s still hoping “maximum pressure” will cause the clerical regime to collapse or convince it to say “uncle” on the nuclear issue and its regional conduct. In the meantime, it has to send more troops to Saudi Arabia because Trump’s maximum pressure campaign has increased the risk of war, belying the president’s pledge to draw down the U.S. military presence in the region.

The bottom line: The solution to the situation in Syria is to acknowledge Assad’s victory and work with the other interested parties to stabilize the situation there. Unfortunately, that sensible if unsavory approach is anathema to the foreign-policy “Blob”—Democrats and Republicans alike—and its members are marshaling the usual tired arguments to explain why it’s all Trump’s fault and the United States should never have withdrawn a single soldier.

We are told, for example, that abandoning the Kurds means that no one will ever trust America again. Please. All great powers—including the United States—have abandoned allies at various points in their history, yet by some miracle each has been able to find new allies when circumstances required. The reason is simple: What brings political allies together and makes a commitment credible is the presence of a clear common interest—I can trust you to do what you’ve promised when I can see for myself that doing so is in your interest. By contrast, credibility is a problem when the other party recognizes that you have good reasons not to come to their assistance. When that’s the case, you have to move heaven and earth to convince them that you will in fact do something that may not make much sense. I’m not defending Trump’s action or endorsing a callous disregard for U.S. partners; I’m suggesting that the long-term impact on others’ willingness to work with the United States when their interests align may not be very significant and especially once there is a less mercurial occupant in the Oval Office.