The escalation in violence has caused 450,000 people to leave their homes, adding to the previous displacements of hundreds of thousands of people to and within Idlib governorate 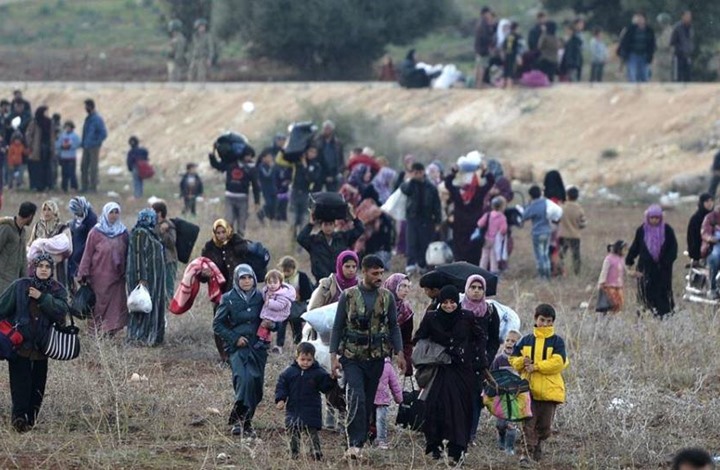 Bombing and shelling of Syria’s southern Idlib and northern Hama governorates have caused more than 450,000 people to flee north towards the Turkish border in the past three months. Conflict has led to increasing numbers of dead and wounded people, with hundreds of deaths and thousands of injuries, according to multiple reports.

The violence has escalated over the past month, which has seen more people killed or wounded than at any time so far this year.

Medical teams at hospitals in the area supported by Médecins Sans Frontières (MSF) have faced mass-casualty influxes – when 10 or more wounded people arrive at once – on multiple occasions over recent weeks. Earlier this month, an MSF-supported hospital received over 35 wounded from airstrikes in the space of just 48 hours. Another facility receiving MSF support treated 50 people that same week.

A military offensive was launched by Syrian government forces and their allies in late-April in the southern part of Idlib governorate and northern Hama governorate, which are within an existing ‘de-escalation zone’. 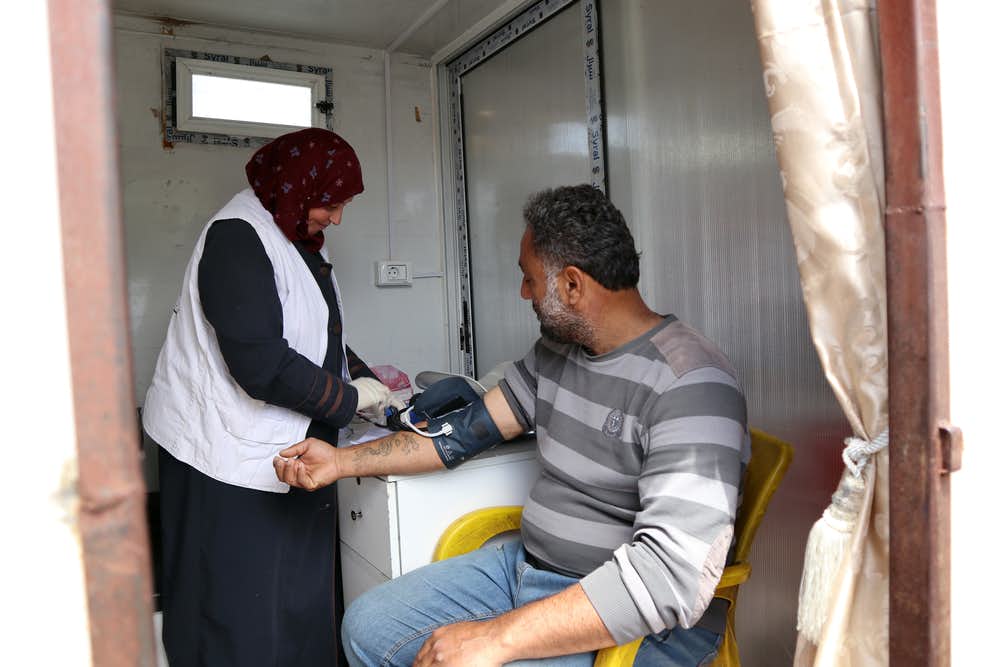 Medical facilities, schools, markets and camps for displaced people have been hit and damaged in the offensive. One MSF-supported hospital has been damaged by bombing, while other MSF-supported facilities have had to partially interrupt their services multiple times over recent weeks for fear of being hit.

“Patients, their caretakers and hospital staff are all struggling psychologically,” says the director of a hospital in the area. “When planes fly over the hospital, they are extremely scared – some leave the building out of fear it will be hit. We often have to empty the hospital, worried that something could happen.”

“There are days when we have to go to the safe room multiple times because planes are flying overhead,” the hospital director says. “But no matter how many times we have to interrupt our work, we try to keep the emergency room open – we put all our efforts into this. Some hospitals in the area serve tens of thousands of people. We have no choice but to be there for them when something happens.”

The escalation in violence has caused 450,000 people to leave their homes, adding to the previous displacements of hundreds of thousands of people to and within Idlib governorate.

Most of the newly-displaced people have headed for densely-populated areas and are now living in tents or out in the open under olive trees, in need of food, water and medical care.

MSF has been distributing essential relief items and drinking water to the newly displaced people over recent months, as well as installing latrines, both in existing camps and in newly-formed settlements. But the displaced people need much more support than is currently available. 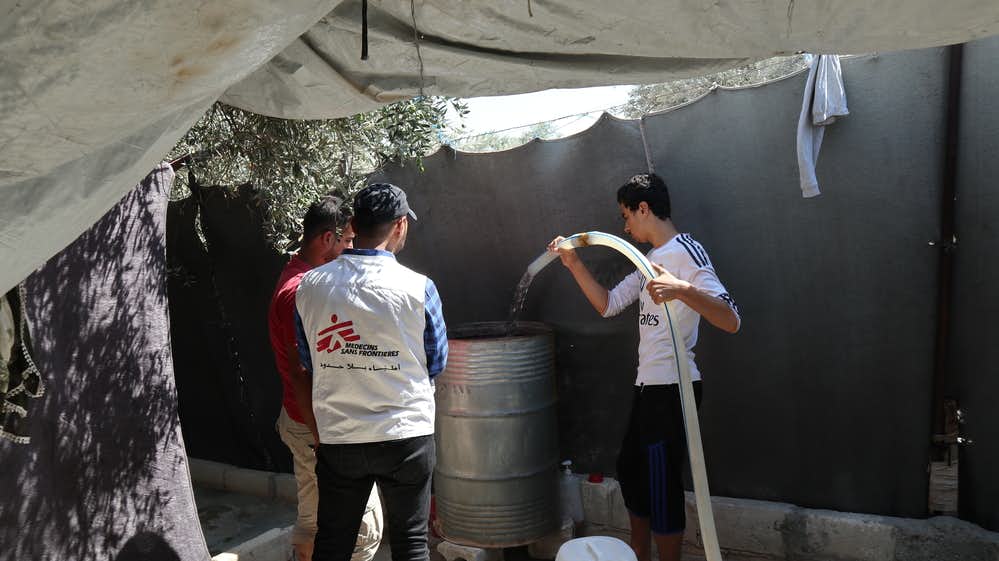 A man, assisted by an MSF team, fills up his water tank in an IDP camp in northwest Syria. Over the past few months, MSF has been distributing drinkable water to newly-displaced families. Idlib governorate, Syria, July 2019.

“What we’re facing now are hundreds of thousands of displaced people living in appalling conditions,” says Lorena Bilbao, operations coordinator for MSF programmes in Syria. “Many of the settlements are very overcrowded, their infrastructure is inadequate and living conditions are unhygienic, posing a severe risk of disease outbreaks.”

“If people do not have clean water to drink, we can expect more people with dehydration, diarrhoea and waterborne diseases in the coming weeks,” Bilbao says. “This will lead to a further deterioration of what is already a critical situation.”

We have scaled up our mobile clinic activities and have reinforced our support to medical facilities by donating medication to health centres, and first aid kits and surgical kits to hospitals; we are also supporting referral systems in the area. MSF will continue to provide vital humanitarian aid to people displaced or wounded by the military offensive.

MSF provides support to primary and secondary healthcare in several hospitals and clinics around Idlib and Aleppo with services including outpatient and inpatient departments, emergency rooms, intensive care units, operating theatres, blood banks, maternity wards, treatment for NCDs and treatment for thalassemia, all in coordination with local authorities.

MSF’s activities in Syria do not include working in government-controlled areas since MSF’s requests for permission to access these areas to date have been refused. To ensure independence from political pressures, MSF receives no government funding for its work in Syria.