Agreement infuriated the families of the detainees 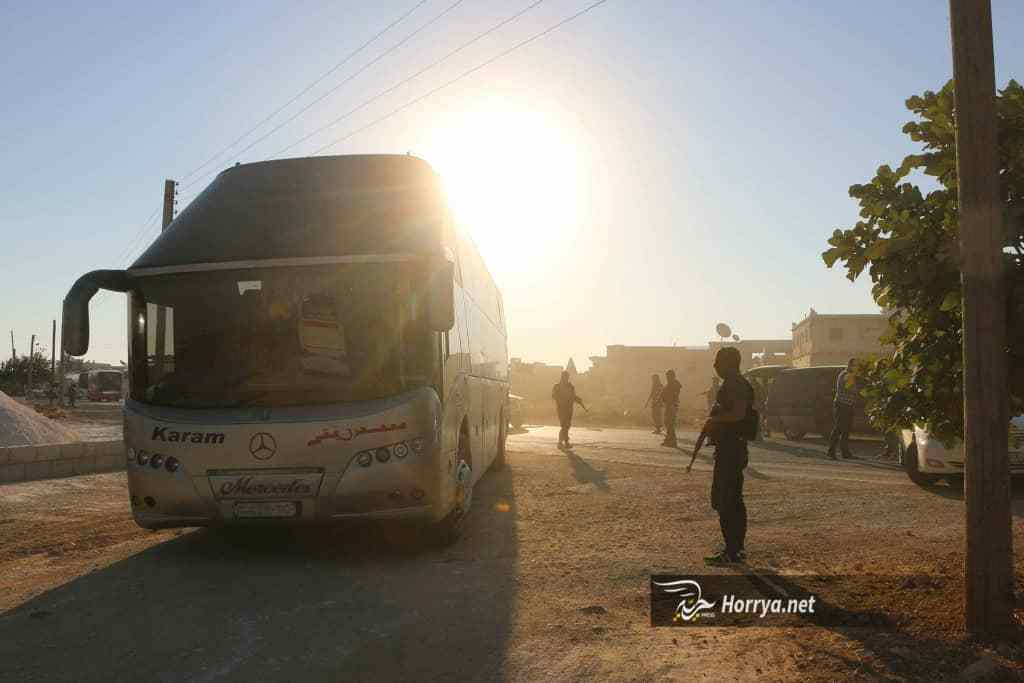 A state of popular anger in Idlib province, in Northern Syria, has erupted  following an agreement between the Hay’at Tahrir Al-Sham and Iranian militias, which provided for the evacuation of residents of the pro-Assad towns of  Kefraya and Al-fou’aa. 7,000 people in the two towns were allowed to leave in exchange for the release of 1500 prisoners from the regime’s prisons. The two towns has been besieged by Hay’at Tahrir Al-Sham for the past 4 years.

Local sources, however, say the agreement was disappointing for many residents of the province, especially the families of the detainees, as it did not include the old detainees in the prisons of the Assad regime, prompting them to come out in angry popular demonstrations demanding the Hay’at Tahrir Al-Sham to disclose details of the negotiation process.