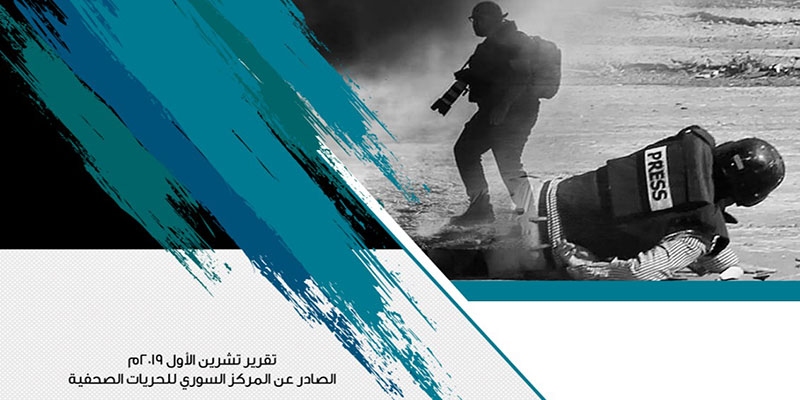 Violations against media in Syria in October 2019 witnessed a significant rise in numbers. Clashes in north-eastern Syria, the continuous shelling on Idlib province, and the policy of systematic restricting media freedoms are considered the reasons behind the documented violations in October.

The SCJF of SJA managed to document 17 violations against media in Syria in October 2019. The violations were committed in northern Syria except one violation committed out of Syria. All in all, October witnessed the most number of violations compared to that documented in previous months of 2019>

Different sides share responsibility for committing the violations in October 2019. The armed Syrian opposition topped violators by committing four violations while HTS committed two violations. Also, each of the Turkish authorities and Russian forces committed one violation. It is worth noting that violators of 9 cases remain unknown at the time of publishing this report. 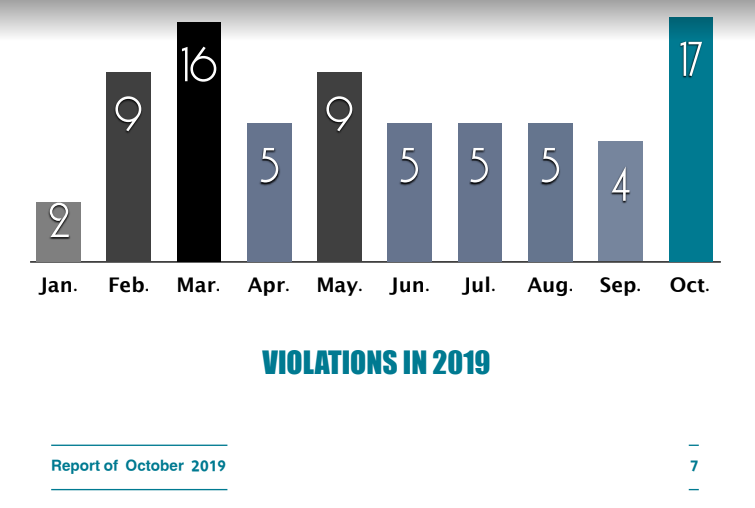 The military police of armed Syrian opposition detained media professionals Aref Watad, Bilal Bayoush, Adnan Faisal al-Imam and Ghaith al-Sayed in the region of Qirata front, south of Jarabulus, in Aleppo countryside while being in the area for media coverage of the Turkish military operation in north-eastern Syria. However, HTS released the detainees several hours after their arrest.

For the first time since the beginning of the current year, the SCJF has documented a violation, out of Syria, against a Syrian journalist; the Turkish authorities arrested the journalist, Zidane Zenglow, a member of SJA, from his place in the Turkish village Akçakale near the Syrian border while he was doing media coverage for the Turkish military operation in north-eastern Syria. Though, Zidane was released several hours after his arrest.

Finally, HTS released media professional Fatih Raslan after detaining him for a month and a half.