Makhlouf’s demise is deserved, but not enough

Rumors that Makhlouf was among those targeted were initially met with skepticism, but the fallout between Assad and Makhlouf appeared confirmed in December 2019 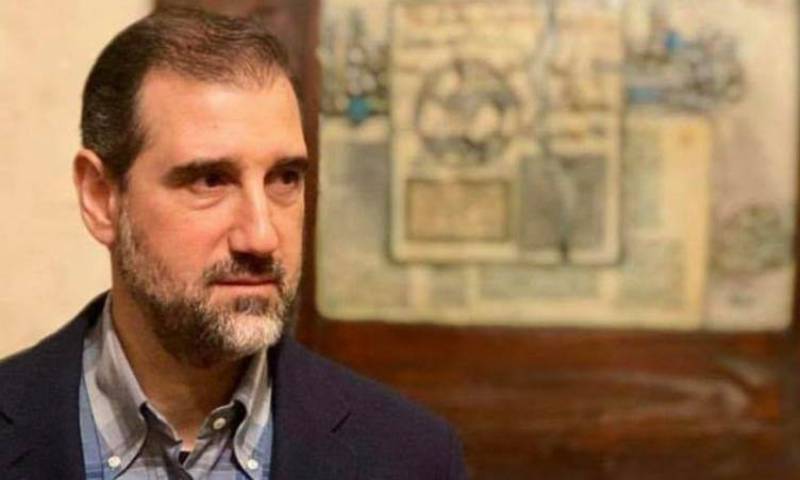 The long-rumored falling out between Bashar Al-Assad and his cousin Rami Makhlouf, the most prominent businessman in Syria and once close confidant of the president, publicly unraveled last week in two videos posted on Makhlouf’s Facebook page. In them, Makhlouf decried the government’s crackdown on his companies and outstanding order to collect approximately SYP 130 billion in unpaid taxes from SyriaTel, the crown jewel of Makhlouf’s expansive business empire. Appealing to the president, Makhlouf also makes a notable confession in his video that confirms widespread accusations—that he and his companies were, in his own words, the sector’s “biggest supporters and their patron during the war.”

Makhlouf’s statement highlights a key point that should not be lost in the furor of analyses on the family’s internal politics–Makhlouf was not only a corrupt businessman, he was an integral part of the government’s systematic repression and abuses, both before and throughout the war. While Makhouf’s demise has been shocking, it does not absolve him of his crimes, nor will it end the wider system of corruption and abuses within Syria’s ruling class. The renewed focus on Makhlouf should serve as a reminder to the international community on why targeted sanctions and the pursuit of justice against Makhlouf and other financiers of the government’s abuses must remain a priority.

The apparent breakup between Assad and Makhlouf has been rumored for months. Beginning last year, state media outlets and officials began signaling that the government was undertaking an anti-corruption campaign for misappropriated funds and tax evasion among government officials and the business elite. The campaign has been widely seen as a move to resolve Syria’s outstanding debts to Russia and growing economic woes, exacerbated by the collapse of the Syrian currency, expanded U.S. sanctions on Iran, and the Lebanese financial crisis.

Rumors that Makhlouf was among those targeted were initially met with skepticism, but the fallout between Assad and Makhlouf appeared confirmed in December 2019, when Syrian custom officials seized some of Makhlouf’s assets and publicly ordered him to pay SYP11 billion for custom violations related to Maklouf’s Abar Petroleum Service. Further seizures and fines on other Makhlouf companies in Syria and abroad continued in subsequent months.

While the apparent crackdown on Makhlouf shocked many, reports of his corruption was news to no one. For decades, Syrians had dubbed him “Mr. Five Percent”, a reference to his supposed cut in all business deals, while American officials called him “the poster child” of corruption in Syria. When protests erupted in 2011, demonstrators across Syria singled out Makhlouf, chanting “we’ll say it clearly, Rami Makhlouf is robbing us”

Demonstrators in Daraa chant “Out, out, out… out Rami Makhlouf” (2011)

After Bashar assumed power following the death of his father Hafez in 2000, the Makhlouf family played an integral role in supporting the transition, with Rami and his siblings quickly assuming key positions of power within the state. Rami’s brother Hafez became an Army General and Head of Intelligence for General Intelligence Directorate. Rami, already an established businessman in 2000, became a leading figure in Bashar’s drive to liberalize the state-driven economy and create a robust private sector—though of course, one which would continue to be owned and controlled by Assad’s inner circle. In 2001, Makhlouf’s SyriaTel was awarded one of two licenses to operate a cellular telephone network in Syria, after which it would go on to control 55 percent of the market. Those who criticized the deal, including parliamentarian Riad Seif and economics professor Aref Dalila, were arrested and imprisoned for several years.

In 2006, Makhlouf co-founded Cham Holding, a private joint-stock company which gathered more than 73 top investors and launched projects worth more than 1 billion in its first year, quickly becoming one of the most powerful business entities in Syria. Meanwhile, foreign investors were told by Assad that they needed to work with Makhlouf to invest in Syria. By 2011, Makhlouf was the richest man in Syria and by some estimates controlled 60% of the pre-war economy, with businesses in the most lucrative sectors of the economy, including real estate, transport, banking, insurance, construction, and tourism.

“We’ll fight to the end”

Makhlouf, however, is not simply a corrupt businessman. After protests began in 2011, Rami and the Makhloufs led the hardline position among Assad’s inner circle against the opposition. In one 2011 interview with The New York Times, Makhlouf vowed that the government’s supporters would “fight until the end,” adding, “they should know when we suffer, we will not suffer alone.”  Manaf Tlass, a former general and another close confidant of Assad who defected in 2012, would later recall how Rami and the Makhloufs were central figures who pushed for the use of violence in 2011 while criticizing those who they deemed to be “too soft” on protestors. Indeed, Rami’s brother Hafez would personally lead his unit in a bloody assault on protestors in Douma.

Behind the scenes, Makhlouf became a key financier of the besieged state, supporting Assad’s government with a “vast private network of militias and security-linked institutions through Al-Bustan Association,” Makhlouf’s charity organization which also finances multiple pro-government militia. (The militias were disbanded or integrated into the army in 2019, around the same time the crackdown on Makhlouf’s companies began.) Meanwhile, Makhlouf’s Syriatel has also been linked to pro-government cyberattacks, and is widely seen as a tool of government surveillance.

These accusations have never been publicly acknowledged by Makhlouf—until the recent videos. While admitting to have been security sector’s “biggest supporter” and “patron”, Makhlouf now appears bewildered that these same forces are arresting his employees and company executives, willfully ignoring the countless arbitrary arrests, disappearances, and other violations they had committed under his patronage.

“What is given can be taken away”

While many Syrians have reveled in the fall of Syria’s most corrupt businessman, Makhlouf’s demise and loss of wealth is not sufficient justice for the crimes he has committed and facilitated. Rather, the sudden fall from power of Syria’s richest man reaffirms the transactional nature of the government. As one analyst notes, “the message is hammered home that what is given can be taken away.” While the government claims it is rooting out corruption, the Assad family and those that remain in its good graces continue to profit unscrupulously from their positions in power—even as 80% of the population live in poverty.

This is an area where the international community can take direct action. Most notably, states should continue to implement and enforce targeted sanctions against individuals like Makhlouf. States can also do more to investigate and take action against those who willfully finance entities committing human rights violations in Syria. Meanwhile, the international community should be more diligent in ensuring that the billions worth of aid and reconstruction they are spending in Syria will not end up in organizations like Makhlouf’s Al Bustan Association (as it has in the past). Without such external pressures for reform and a proper accounting for past corruptions, wealth and power in Syria will remain a family business—albeit one with one less member.