Myanmar at the ICJ – Is Syria Next? 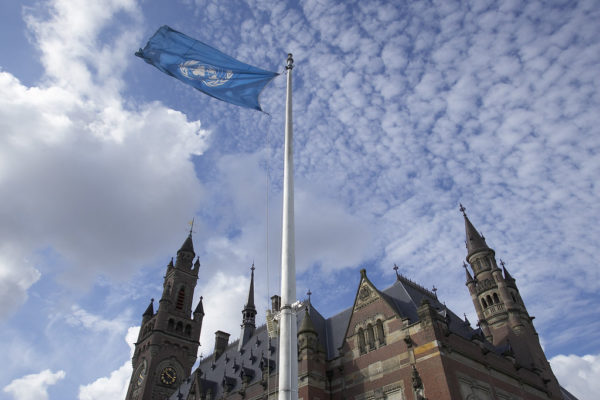 The international community has been heavily criticized for failing to sufficiently respond to the plight of the Rohingya, Muslims who have been the subject of a campaign of mistreatment in Myanmar. However, last month, two important developments occurred. First, The Gambia filed a lawsuit against Myanmar at the International Court of Justice (ICJ), and Aung San Suu Kyi, de facto leader of the country, attended the hearings in The Hague this week. Second, on November 14 the International Criminal Court (ICC) authorized an investigation into alleged crimes against humanity committed by the Myanmar government, namely the deportation of between 600,000 and one million Rohingya to neighboring Bangladesh since 2016. Though Myanmar is not a State Party, the ICC asserted its jurisdiction on the novel basis that Rohingya fled to Bangladesh which is a State Party.

Both the legal developments at the ICJ and the ICC in relation to Myanmar raise important possibilities regarding the pursuit of justice and accountability in Syria.

The Gambia v. Myanmar at the International Court of Justice (ICJ)

On November 11, The Gambia, with the support from the Organization for Islamic Cooperation (OIC), brought an application against Myanmar to the ICJ, the international court established following WWII to hear disputes between states. Even though it is not directly impacted by Myanmar’s policies with regard to the Rohingya, The Gambia can bring this case because it – as well as Myanmar – are States Parties to the Genocide Convention which provides that any State Party can bring a dispute before the ICJ for violations of the Convention.

The Gambia has asked the ICJ to find that Myanmar has breached its obligations under the Convention and to order Myanmar to ensure that persons responsible for committing genocide are punished by a competent tribunal. It has also asked the court to require that Myanmar allow the safe and dignified return of forcibly displaced Rohingya, to respect full citizenship and human rights of Rohingya people, and to protect members of the group against discrimination, persecution, and other related acts.

On December 10, a provisional measures hearing took place over three days in the Peace Palace in The Hague. Provisional measures ordered by the ICJ are legally binding on parties to the decision under the UN Charter. However, given the failure of Myanmar to change policy with regard to the Rohingya in the face of widespread criticism by human rights organizations and calls for economic sanctions, it is unlikely that Myanmar will comply with provisional measures ordered by the ICJ. If that occurs, the matter would be referred to the UN Security Council (UNSC) for enforcement. Recall that the UNSC has failed to act on Myanmar, with China and Russia repeatedly vetoing a referral from the Council to the ICC and blockingstatements expressing concern. If Myanmar fails to comply with provisional measures, the UNSC is unlikely to take the political steps necessary to ensure compliance. Nonetheless, should the ICJ impose provisional measures it would be an important symbolic measure and could build momentum for the ICC investigation of the Myanmar situation.

Syria-watchers will be keen to draw parallels between Myanmar and Syria. Since Syria acceded to the Genocide Convention in June 1955, another State Party (such as the Netherlands, Germany or even the United States) might be willing to file an application with the ICJ (effectively supporting Syrian victims). For example, there has been significant international attention devoted to violence targeting Yazidis, an ethno-religious minority, which likely amounts to the crime of genocide.

It must be acknowledged that any effort to bring Syria before the ICJ would likely encounter significant obstacles in securing compliance with provisional measures, as Russia opposes any move against the Syrian government and could block any action by the UNSC. In addition, it is questionable whether the ICJ would consider crimes committed by ISIS as within its jurisdiction (pursuant to an application to resolve disputes between states) given that ISIS is not a state. On the other hand, the Syrian government itself has an obligation under the Convention to prevent or punish genocide and its failure to do so could be the basis for ICJ jurisdiction. In addition, another State Party could file an application with the ICJ for provisional measures against the Syrian Government by reference to the Convention Against Torture (UNCAT), which Syria ratified in 2004. Under Article 30 of UNCAT, a State Party could allege violation of the Convention by the Syrian government and seek a decision by the ICJ. By invoking both the Genocide Convention and the Convention Against Torture, a broader range of criminality in Syria might be brought before the ICJ, providing a measure of justice to a representative group of victims.

The ICC Investigation into Bangladesh/Myanmar

The recent ICC decision related to Myanmar is also relevant to the situation in Syria and generates a number of possibilities. According to the Pre-Trial Chamber’s decisionin the Myanmar situation, the Court has jurisdiction where “at least one legal element of a crime within the jurisdiction of the Court or part of such a crime is committed on the territory of a State Party.” So even though Myanmar is not a State Party to the ICC Statute, the ICC has jurisdiction over the crime of deportation to Bangladesh because the latter is a State Party where the crime is completed. The Pre-Trial Chamber held that the same rationale may apply to other crimes where at least one element of the crime is within the jurisdiction of the Court. Such might include the crimes of persecution or genocide.

International human rights lawyers have already begun testing whether this decision can be used as a precedent for Syria given that neighboring Jordan ratified the Rome Statute in 2002. In March 2019, Guernica 37 filed a communication with the ICC Prosecutor arguing that the ICC should open an investigation into the deportation of civilians from Syria to Jordan. It also filed information on behalf of 28 Syrian refugees who were forcibly displaced across an international border from Syria to Jordan.

There are a number of obstacles to opening and successfully pursing an investigation at the ICC regarding the Syrian conflict. As noted elsewhere, to convict a member of the Syrian government of the crime of deportation, the prosecution would have to prove that it either (1) meant to forcibly displace civilians into Jordan or (2) was aware that the forcible displacement would naturally result in civilians crossing an international border – this would have to be a “virtual certainty.” If the prosecution were unable to establish the intent of the Syrian government to forcibly displace civilians across an international border, the crime would be forcible transfer (within Syria), rather than deportation (into Jordan), and would not therefore fall within the ICC’s jurisdiction because no part of the crime would have occurred in Jordan. Even if an investigation were authorized on this basis, it would be limited to crimes with some connection to Jordan and therefore could not include torture, killings and other abuses taking place solely within Syria.

Another issue concerns Jordan’s own willingness to cooperate with an ICC investigation. Jordan may balk at legal scrutiny of deportations from Syria into Jordan, as it would illuminate the latter’s own treatment of Syrian refugees. As documented by human rights groups, Jordan has been summarily returning hundreds of Syrians back into Syria in violation of the principle of non-refoulement. Some further suggest that the Jordanian authorities have been perpetrating the crime of persecution, particularly where there are allegations of the specific targeting of certain ethnic groups for expulsion, such as Palestinians. Therefore, Jordan may resist the investigation despite its obligation to cooperate as a State Party to the Rome Statute. This would make create significant obstacles to a meaningful investigation or prosecution.

In conclusion, the parallel tracks of Myanmar and Syria in international legal fora indicate potential opportunities for symbolic, as well as concrete justice, in both situations. While the ICJ and the ICC both have limitations, Syrian victims and their representatives should explore every possible option in seeking justice. If efforts for accountability for crimes against Rohingya are successful at the ICJ and the ICC, this may signal an opening for Syrian victims as well.