We Welcome the Report’s Findings, Which Confirm That the Situation in Syria Is Unsuitable for the Return of Refugees Due to Arrests, Torture and Confiscation of Property 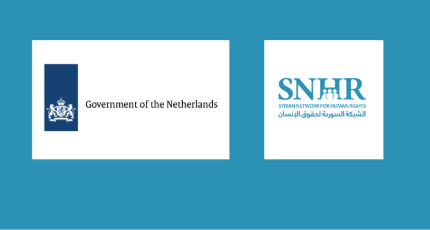 On Friday, May 15, 2020, the Netherlands’ Ministry of Foreign Affairs released its general report on the situation in Syria in relation to the evaluation of asylum requests from people coming from Syria in order to take a decision on the repatriation of rejected Syrian asylum seekers. The points addressed in the report cover several topics, primarily related to the human rights situation in Syria and political developments there.
The report relies on several sources, most notably, in order of the number of quotes included:

The report also cites other sources such as Human Rights Watch and the European Asylum Support Office (EASO), in addition to the US State Department’s reports on human rights in Syria, as well as other local and international organizations. We have reviewed the 86-page report, and here will briefly summarize the most prominent of its contents.

The report begins by detailing the political developments in the armed conflict in Syria, before moving on to focus on the military escalation in and around Idlib since December 2019, which has led to a significant increase in the number of forcibly displaced persons, many of whom have been subjected to forced displacement more than once. At this point, the report notes that the EU foreign ministers called on the Syrian government to initiate a ceasefire at the end of February 2020 and to end its violations of international law, primarily the targeting of vital facilities. The report then focuses on the security situation in Syria, highlighting the ongoing military operations and continuing fighting in the northeast, northwest and southwest of Syria, especially in Daraa governorate, where an increase in armed confrontations between government forces and armed groups has been documented.

The report also lists the most prominent difficulties facing the humanitarian situation in Syria with regard to living conditions and the conditions of forcibly displaced people and refugees, in addition to the impact of the COVID-19 pandemic and Syria’s ability to combat it; in reference to this, the report notes the fragility of the Syrian health sector, explaining the main limitations such as the massive displacement of the population, and the difficulty in obtaining the essential materials such as respirators, as well as the lack of the conditions necessary to observe social isolation, and the lack of protection for IDPs in densely populated areas, along with generally poor living conditions.