Anne Barnard, our former Beirut bureau chief, took to Reddit to share additional insights into her Times investigation of the cruel tactics President Bashar al-Assad uses to crack down on opposition. 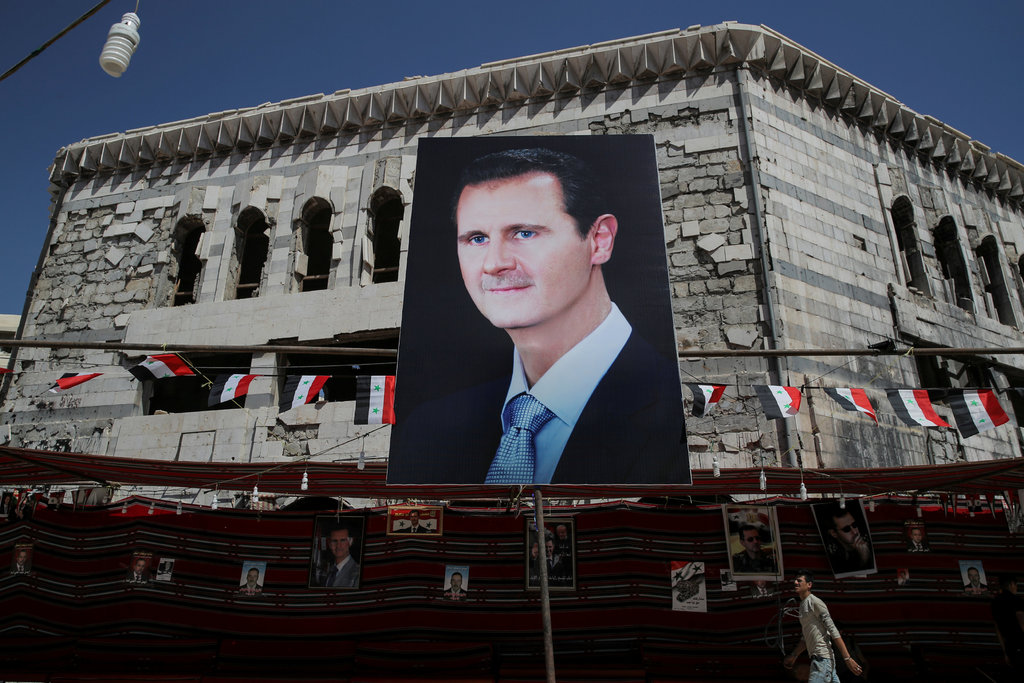 While the exact number of Syrians who have passed through the system of arbitrary arrests and imprisonment is unknown, human rights groups estimate hundreds of thousands to a million.

Ms. Barnard returned to the United States last summer as the Edward R. Murrow Press Fellow at the Council on Foreign Relations, after being based in the Middle East for 11 of the last 16 years. During an Ask Me Anything session on Reddit, she answered questions about the article and her work.

Below are some of her responses, lightly edited for clarity.

One user asked how the daily life of a Syrian citizen is affected by President Bashar al-Assad’s system, and wondered if it encourages insurgency.

On the one hand, before the uprising, Syrians who kept their heads down and were very careful not to cross any political red lines could hope to never come in contact with this system. But even then there was no guarantee: A mixed-up name, a false report made by a jealous acquaintance, and you could be interrogated or imprisoned.

After the uprising, the risk of being sucked into the system even if you engaged in no political activities became much greater. Checkpoints were set up all over the country, and people who were from a town considered to be rebellious, or who were driving into Damascus on a day when a protest was expected, could find themselves detained.

The threat of the violence of the prison system, even in the background, compounds many of the other day-to-day difficulties Syrian citizens face: Anyone with a connection to the security services, for instance, can demand bribes from citizens, with the unspoken threat of detention.

These problems have all worsened, of course, with the current conflict. Millions of people have a relative who has been detained; 127,000 people are still missing inside the system; and hundreds of thousands are believed to have passed through it since 2011.

Asked about the big picture, and whether the exposure of Mr. al-Assad’s torture prisons justifies ousting him and possibly creating a power vacuum, Ms. Barnard responded:

It’s not my position as a reporter to give policy recommendations, but I can say that the United States lost credibility and moral standing in Iraq, as well as political will and public support to get deeply involved in Syria.

President Barack Obama spoke loudly, calling for Mr. al-Assad’s ouster, but carried a small stick. He backed off from even symbolic enforcement of the red line he had set. Support for rebels was “nonlethal” at first, then the C.I.A. backed some rebel groups, but ultimately America’s goal was not to oust Mr. al-Assad but to put pressure on him to go to the negotiating table. Even that effort later took a back seat to an anti-ISIS campaign.

But the broader issue is how the United States views the region. It is not a binary choice between authoritarian rulers who torture their people — ones the United States actively supports, like in Saudi Arabia, or ones it opposes but ultimately tolerates, like in Syria — and toppling them with massive interventions that create power vacuums. Most people in the region, I believe, want more support for the ordinary people seeking to build a meaningful civil society and less support for the governments holding them back.

One user asked Ms. Barnard about the history of torture prisons in the Middle East.

Unfortunately torture and political imprisonment have been used through much of history, whether we’re talking about the Spanish Inquisition or the Stalinist gulag.

From Ottoman times through Western colonialism to the upheavals of the 20th century, such abuses have been prevalent in many Middle Eastern countries as well.

But even within a century rife with authoritarianism in the region, the current Syrian system stands out. Syria’s prison system and tight lid on dissent were among the harshest in the region long before the uprising in 2011. After the uprising, the system was vastly expanded and played a pivotal role in crushing the civilian side of the revolt.

Another asked how Ms. Barnard’s article contributes anything new to a global understanding of Islamic countries governed by Shariah law.

This isn’t about Islamic law; Syria is officially a secular state. Nor is it about Arab dictatorships writ large. The story in Syria is relevant because at this moment in time, the Syrian government has used these massive violations of human rights to put down a movement for reform and democracy, and has shown other leaders around the world, Arab or not, that such methods can be used with impunity.

Russia is seeking to persuade the West to normalize relations with Damascus, as some Arab and other states are already doing, and to finance billions of dollars of reconstruction even without reforms, arguing that this will convince five million refugees to go home — but many won’t if they fear being sucked into this prison system.

One user wanted to know whether Ms. Barnard had any direct connections to ISIS fighters or terrorists.

If by connections you mean contact in order to interview them, then yes.

My amazing team of colleagues — Hwaida Saad, Ben Hubbard and many others — have spent years working to contact people, including combatants, on all sides of this and other conflicts so that we can paint the fullest pictures possible of their views, motivations and activities.

Finally, Ms. Barnard shared what it was like to return to the United States after so many years abroad.

I’ve come back several times after stints in Russia and the Middle East and always find it jarring how little the realities elsewhere are noticed in the United States. This time I’m also dealing with my kids’ adjustment to New York, where they were born, after mostly growing up in Lebanon. But it’s great to be home.