Move by insurgents in Khan Sheikhun marks a milestone for Idlib, the last major rebel stronghold 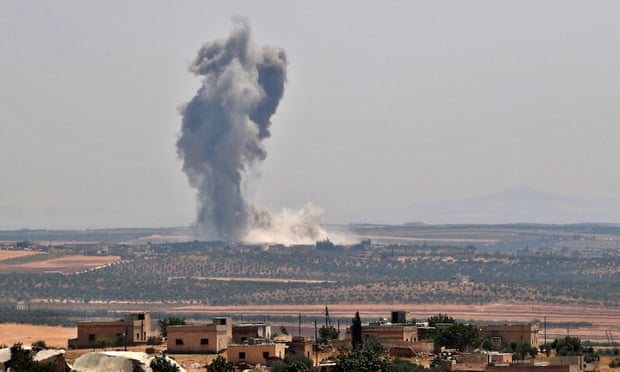 Insurgent groups have withdrawn from Khan Sheikhun in north-west Syria, clearing the way for pro-government forces to enter the town, in a milestone moment in the war for Idlib province, the country’s last major rebel stronghold.

The development came hours after Turkey deployed tanks and armoured cars deep into Syria, partly in response to days of advances by forces fighting on behalf of the Syrian leader, Bashar al-Assad.

Khan Sheikhun has been a key target in a military campaign launched in late April. The campaign had stalled until recent days, despite relentless Russian-led airstrikes that had decimated communities in southern Idlib and led up to 500,000 people to flee their homes.

Insurgents, spearheaded by the al-Qaida-linked extremist group Hayat Tahrir al-Sham (HTS), have led the defence of the town. According to an HTS statement on Tuesday, the group made “a redeployment” with its fighters withdrawing to areas south of the town. From there, they would continue to defend the territory, it said.

Extremist groups have blended with other anti-Assad fighters throughout Idlib and dominate parts of the province. Their presence has been used as a pretext by Russia and Syria to recapture all of north-western Syria, where up to 3 million people have taken refuge. 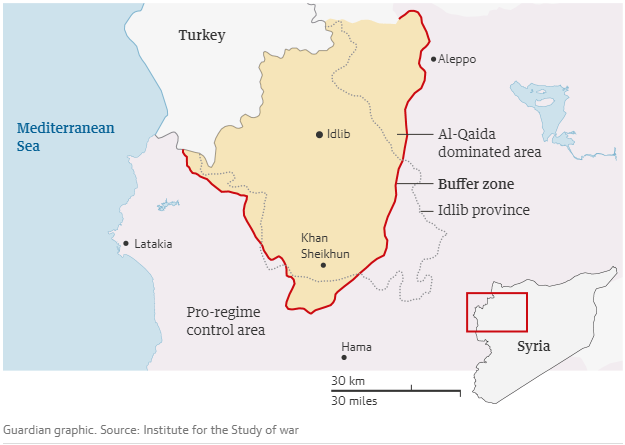 Idlib has become the last redoubt of those who rose up against the Syrian dictator during the Arab revolts of 2011. As Syria’s towns and cities have been pummelled and the regime – heavily backed by Iran and Russia – has clawed back early losses, displaced populations from all corners of the country have ended up in the north-west province.

Winning back Idlib has become a primary goal of the Syrian leader and Russia – also to a lesser extent, Iran, which has committed troops and proxies extensively elsewhere in the war.

Turkey has insisted that it would not let the province fall militarily. To do so would inevitably send tens of thousands of refugees towards its borders at a time when Turkish authorities have been rounding up and deporting Syrian citizens in Istanbul and cities closer to the border. 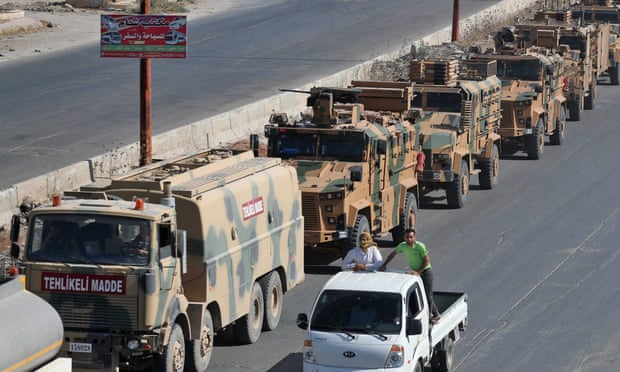 Khan Sheikhun has become a focal point of the fight for Idlib because of its position on a main highway linking Idlib city with Hama to the south. The town was home to about one million people, nearly 700,000 of them displaced by fighting in other parts of the country, before the government offensive began in April. In recent days hundreds of civilians remained in the town.

In April 2017, a sarin attack struck the centre of the town, killing 92 and maiming more than 200 people. The Organisation for the Prohibition of Chemical Weapons and a UN investigation blamed a Syrian regime jet for the strike. Donald Trump ordered the bombing of the base that the jet took off from in retaliation.