Report Analyzes the Details of the Dead From Assad’s Prisons

836 people who had been forcibly disappeared were revealed to have been killed, although it is believed to be a fraction of the real figure writes The Syrian Network for Human Rights. 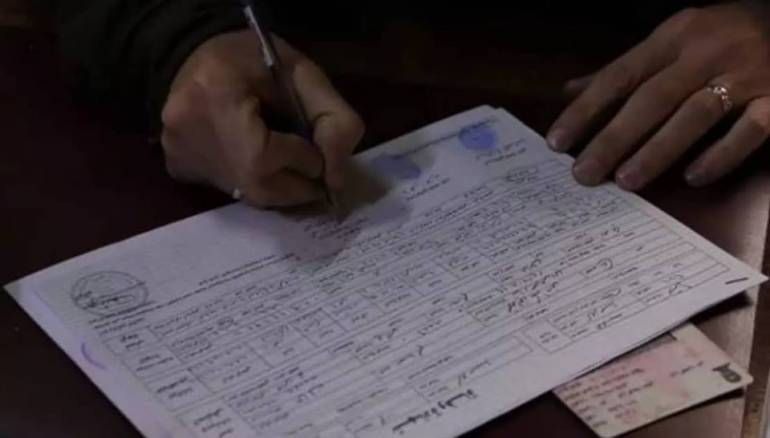 In May 2018, the Syrian regime started revealing the fate of a large number of forcibly-disappeared people by tampering with the data in civil records and having them registered as dead. A report by the Syrian Network for Human Rights (SNHR) raises a question about the real motives behind the Syrian regime’s decision to reveal the fate of approximately 836 incidents at a timing like this.

The SNHR report documents 836 cases where the Syrian regime has revealed that an individual has died. The report stresses that the Syrian regime didn’t mention the cause of death, return the dead bodies to their families, or reveal the time of death. The Syrian regime has also denied, according to the report, having any forcibly-disappeared persons inside its detention centers. Among the cases documented in the report were nine victims who were children when they were arrested and one woman (adult female).

According to the report, all of the individuals in the cases in question died due to torture, excluding a number of cases who were killed in summary executions that were the result of military field trials, known as the Al-Midan Court. We documented 37 cases of this kind, about 5% of the overall number of cases documented.

The report outlines the distribution of documented cases across Syria’s governorates – Damascus suburbs recorded 193 cases, while 146 cases were recorded in Homs, 141 in Hassakeh. 117 in Hama, 92 in Damascus, 78 cases in Daraa, 29 cases in Idleb, 23 cases in Lattakia, eight cases in Aleppo, six cases in Deir ez-Zor, and three in Suweida province.

The report stresses that as long as the Syrian regime fails to return the bodies of the detainees who died, the crime of enforced-disappearance will continue to exist. According to international law, all of those cases are still enforced-disappearances as long as the individual hasn’t been found, dead or alive, and the main accused in those crimes is the Syrian regime.

Further, the report analyzes the data from the new death cases which were revealed by the Syrian regime, concluding that most of those whose death was revealed by the Syrian regime were arrested in 2011 and 2012. Also, the report notes that most of them were forcibly-disappeared into Saydnaya Military Prison, branch 215, and branch 227. The findings also suggest that 41 death cases involved kinships, such as siblings, fathers, and uncles.

The report stresses that the Syrian regime has demonstrated a lack of commitment to international agreements and treaties it ratified, in particular the International Covenant on Political and Civil Rights. In addition, the Syrian regime has violated the Syrian constitution itself as hundreds of thousands of detainees have been detained for many years with no arrest warrants or any charges. The Syrian regime also denied those detainees the right to an attorney and barred their families from visiting them. Enforced-disappearance was a strategy the Syrian regime used to target anyone connected to the popular uprising that rose against the family rule.

Analyzing data shows that this phenomenon was prevalent in the areas that were known for joining the uprising, which suggests that this was based on a consistent and deliberate policy, including the recent revealing of the fate of forcibly-disappearance people, which was also done in a deliberate manner. The implications of the harmony between the state institution in a way that serves the criminal act is clear, judging by the arrests that targeted figures who supported the popular uprising which was followed by forcibly disappearing them and then issuing death certificates that don’t contain any information about the place and cause of their deaths.

The Syrian Network for Human Rights