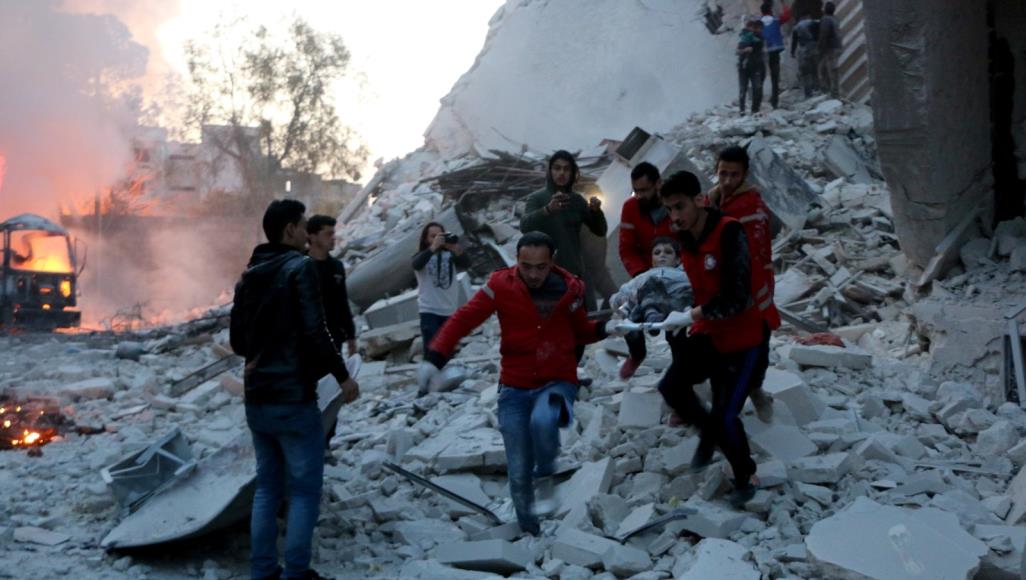 Sky News has seen first-hand evidence that hospitals in Idlib are being targeted by Syrian regime forces who also appear to be using banned cluster bombs as they rachet up their bombardment of the last rebel stronghold in the country.

Obliterating the medical centres cuts crucial lifelines for civilians caught up in the fighting as Syrian regime forces battle with rebel groups for control of the final opposition area. 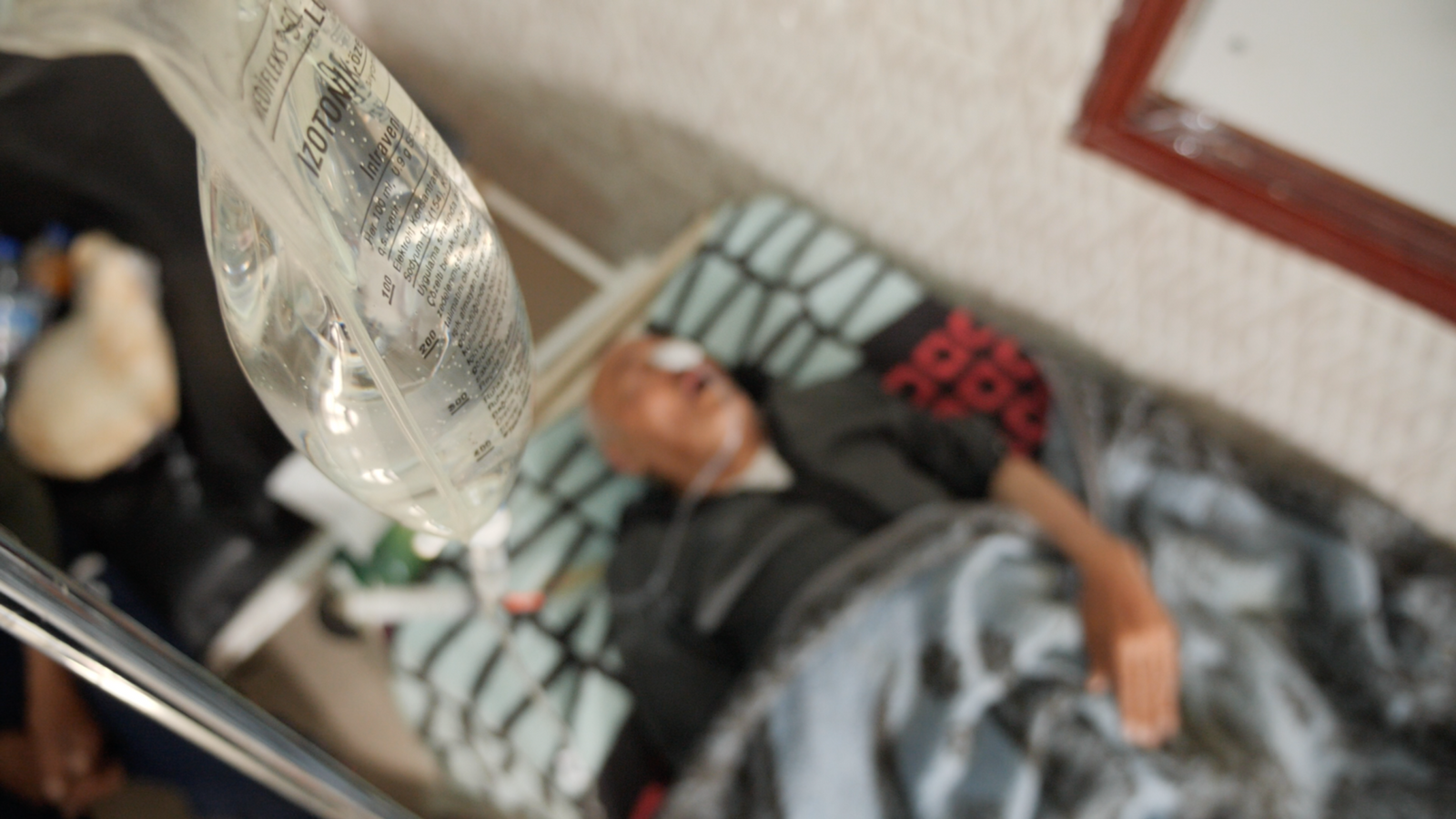 There are thousands of people who need treatment

Amnesty’s Lynn Maalouf said: “This is part of a well-established pattern targeting medical facilities to systematically attack the civilian population and it constitutes crimes against humanity.”Many of the independent and international human rights groups and non-governmental organisations are struggling to get their own people on the ground in Idlib to gather first-hand evidence due to the security problems and challenges in crossing the borders and operating in a war zone.But our Sky News team (of cameraman Kevin Sheppard and producers Martin Vowles and Mahmoud Mousa) managed to gain access to Idlib city centre as well as a number of towns and communities around Idlib province and saw for ourselves the devastating impact the ongoing fighting is having on the civilian population there.Every hospital we go to in Idlib, we find fear and nervousness. And with good reason. Hospitals are among the most dangerous places in this part of Syria today and the doctors in them are doing one of the most risky jobs.The World Health Organisation has confirmed 20 attacks on 18 different facilities in Idlib – or one a day in the past three weeks. Just take a moment to take that in.One attack a day on a medical facility – sometimes the only one for miles around servicing thousands of people. On writing there are reports coming in of another hospital being hit.We visited four hospitals in Idlib and agreed not to name them or identify their positions for fear they will attract even more airstrikes or shelling. As we arrived at one, a warplane circled overhead as the medics we were with shouted at us to run for cover. 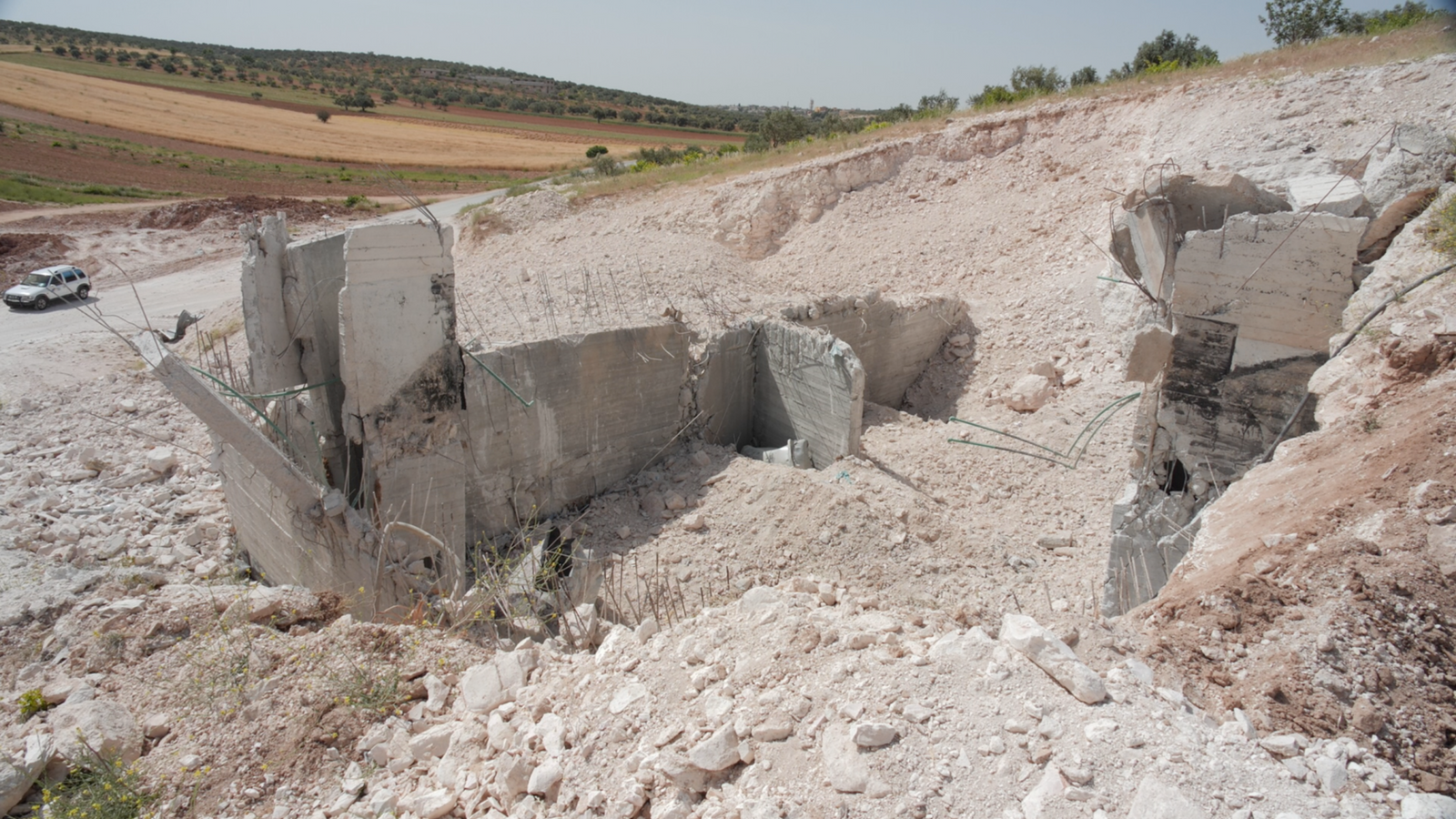 The team has found evidence of banned bombs being used

This is what medics are facing every day in Idlib right now. A number of the hospitals have gone underground, building elaborate subterranean facilities to ensure they can continue to treat the civilians still in the area – only for them to be bombed too.And this despite United Nation officials sharing the GPS co-ordinates of 235 schools, hospitals and other civilian sites in Idlib province with Russia, Turkey and the United States. The move, which was meant to help protect them from being attacked, has had zero effect.”We share these coordinates so there is no doubt that a hospital is a hospital,” Panos Moumtzis, a UN regional humanitarian co-ordinator for the Syrian crisis told a briefing way back in 2018. 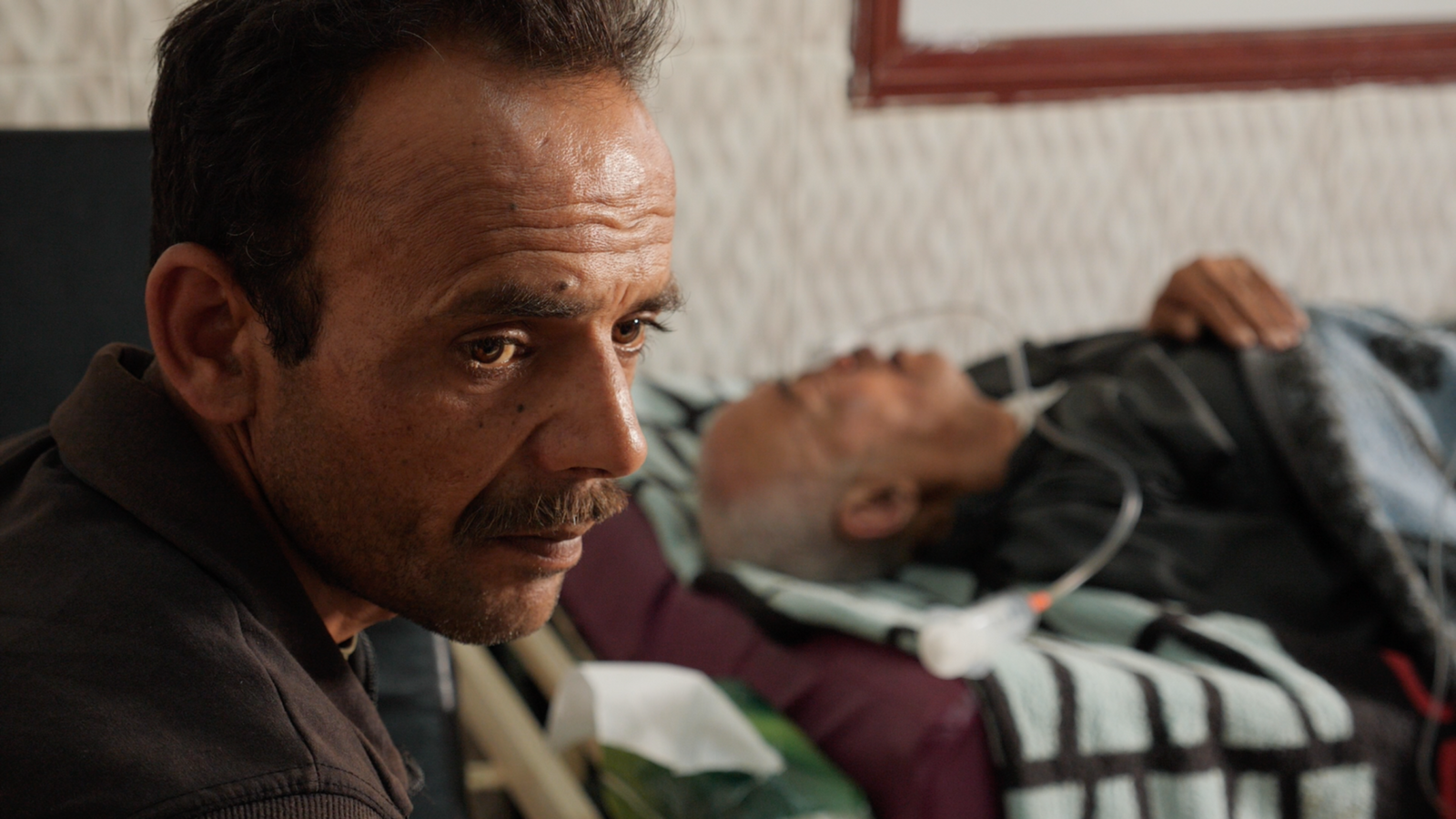 People need treatment but are nervous to go to hospital

Since then there have been hundreds of bombings. One hospital we visited had been shelled 15 to 20 times – most recently just 14 days earlier.Sometimes the doctors get advance warning of an impending attack through their intelligence networks. We arrived at one hospital just as the doctors were fleeing the area – again. The patients had already been shifted.”We must go,” one of the doctors told us. “The bombing usually happens within half an hour of us hearing there might be one.” 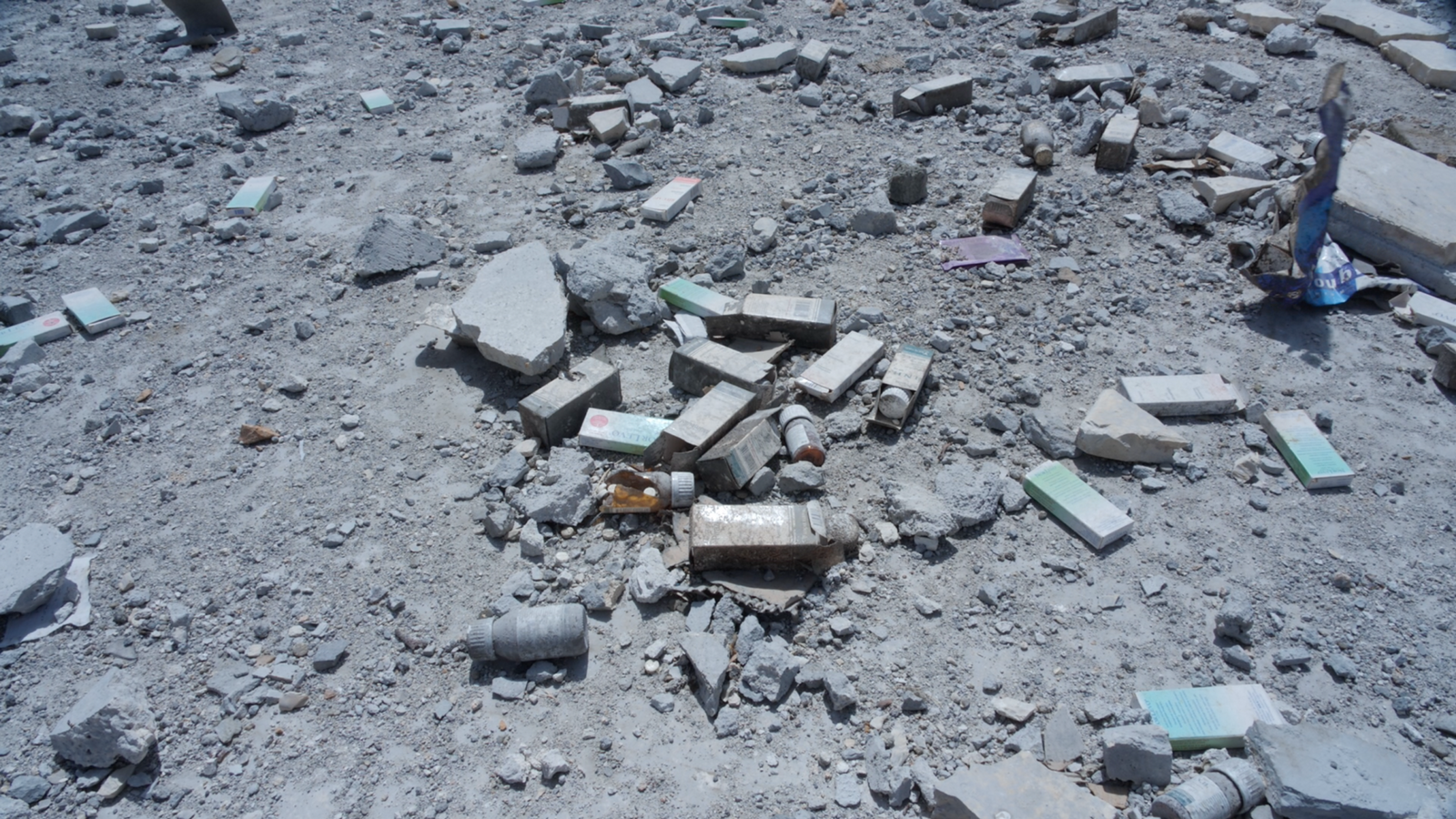 One of Idlib’s doctors, Dr Ahmad al Assad tells us how disappointed he is with the collective lack of action by the international community.“We gave them evidence of chemical weapons being used. We provided all the evidence to the United Nations, to America, to Britain. They know this is happening but they have done nothing,” he tells us with barely concealed anger. “They just don’t care. No-one cares.“It’s a war crime to make thousands of people leave their homes but the world is silent about these war crimes against civilians.” 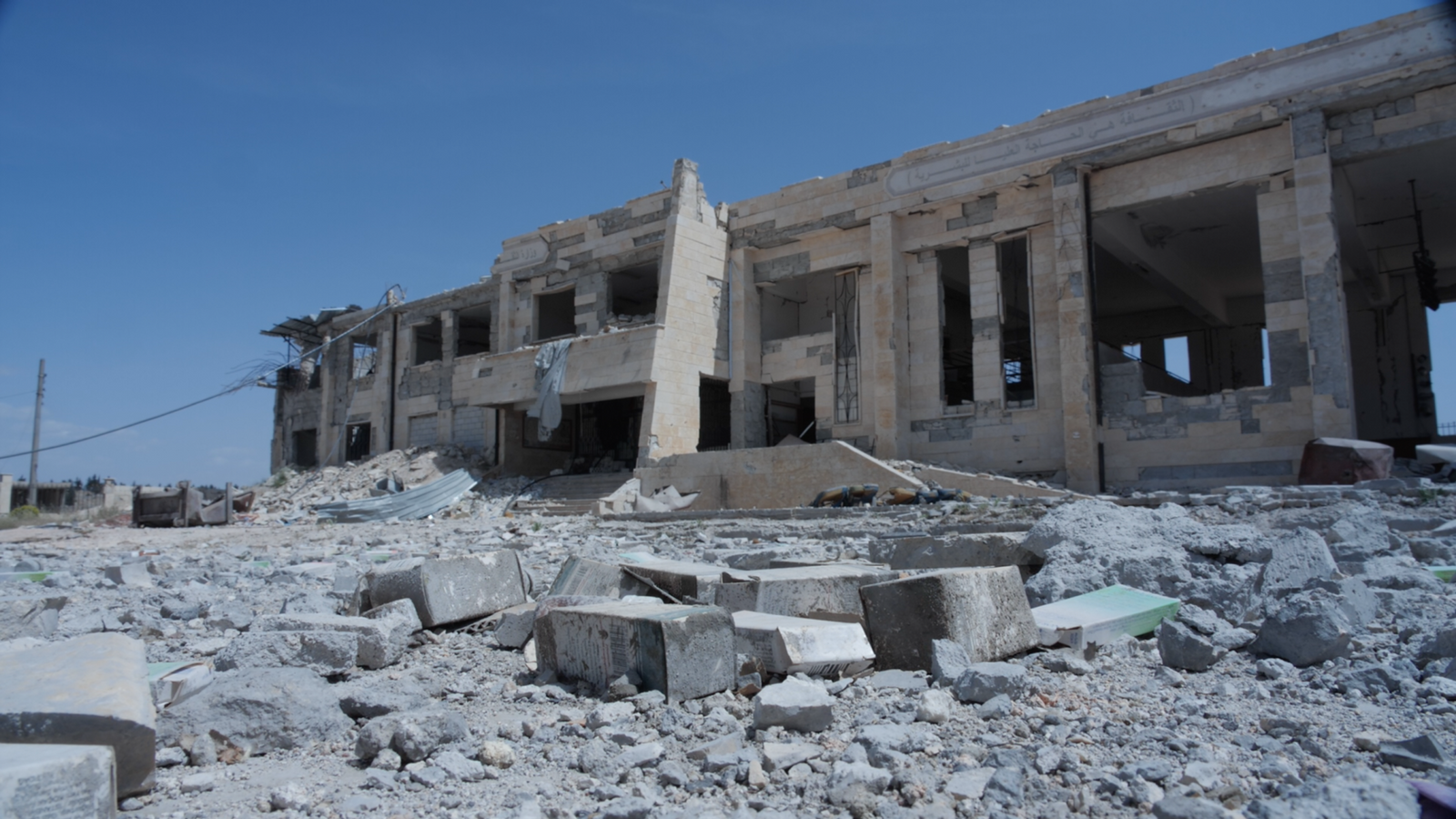 In all of the hospitals we find there are few patients – not because there aren’t any people in desperate need of medical help – there are thousands – but because the civilians go there only as a last resort or for a short a time as possible.One man we see is receiving help for a broken arm. Another elderly man is clearly in great physical distress but the doctors can only offer him limited comfort whilst his worried son sits watching him suffering – all the while overshadowed by the fear the hospital could be shelled at any time.A ceasefire brokered by Russia and Turkey between the Syrian regime forces and rebel groups in Idlib has spectacularly broken down in the past few weeks as we witnessed on the ground.Idlib is the final opposition stronghold in Syria but is now under the control of Hayat al Sham (HTS), an extremist Islamic group outlawed as a terrorist organisation by the UK and the United States. It has rebranded itself a number of times (and was formerly known as Al-Nusra) – but the Syrian leader Bashar Al-Assad maintains they are terrorists and is using their presence as justification for attack.HTS now has considerable influence over the running of the province and has managed to loosely marshal all the armed groups together, including the FSA, to fight what they’re calling the regime ‘invaders’. The regime has air superiority over the area and the bulk of the attacks on hospitals are carried out from the air. 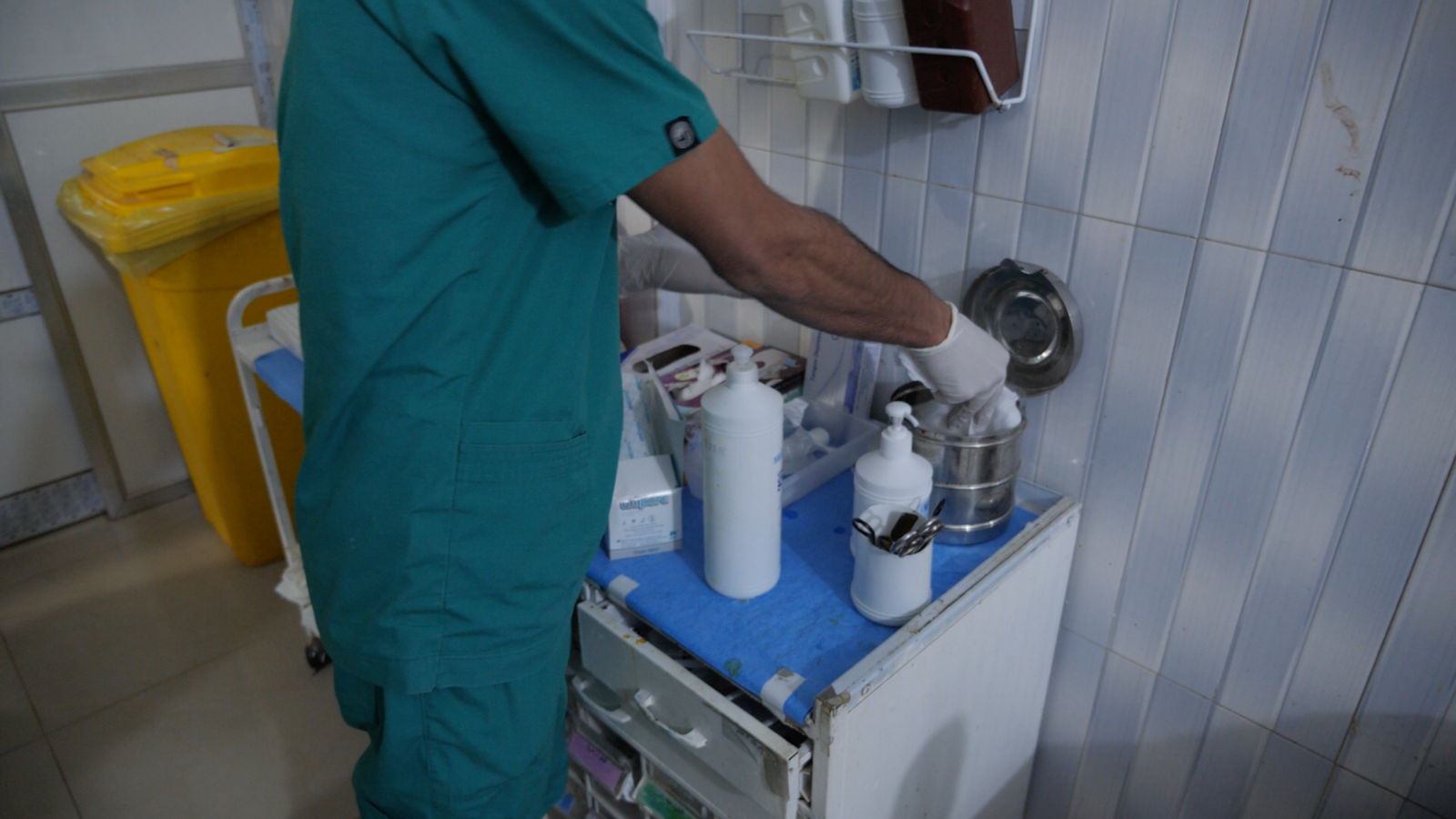 We were also shown a number of silver fuses shaped like cones which the opposition groups and a number of civilians told us were the remnants of a deployment mechanism delivering cluster bombs. They had collected them after an attack days earlier on a market place.Their description matched that of cluster bombs – scores of bomblets deposited over a wide area. We checked with two independent British military experts who confirmed the fuses could be used for dropping cluster bombs amongst other warheads.Cluster bombs are also banned by most countries under international law and are viewed as a war crime by many countries. We witnessed several helicopters circulating over Idlib in the wake of claims by civilians that the regime is again using barrel bombs – containers filled with explosives and chucked out of helicopters which are highly indiscriminate. We did not witness barrel bombs being dropped ourselves in the time we were on the ground. 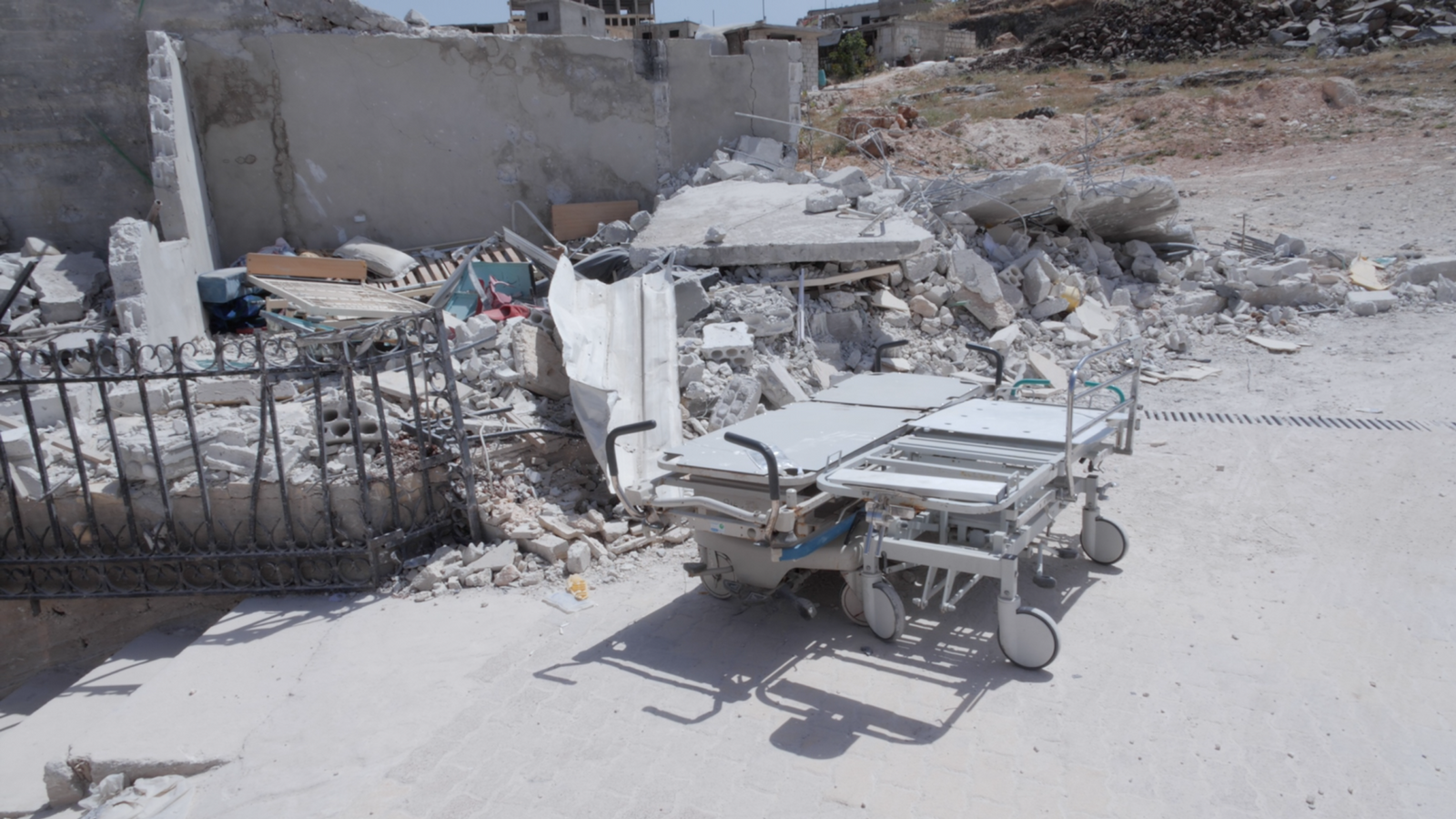 NGOs and campaigners are struggling to get people into Idlib

The attacks and fighting has prompted vast numbers of civilians to leave their homes – as many as 700,000 according to the area’s so-called Salvation Government.Idlib is already crowded with hundreds of thousands of extra people, all who oppose Bashar Al-Assad and who’ve fled fighting and bombing by regime forces elsewhere in Syria – such as Aleppo. They’re now trapped in Idlib and caught in the middle of the ongoing battles between Syrian regime forces and the armed rebel groups.