Another source closely monitoring the conflict told Fox News Friday that the leaked reports of the U.N. consolidation have alarmed many aid groups and much of the government, including the U.S. State Department 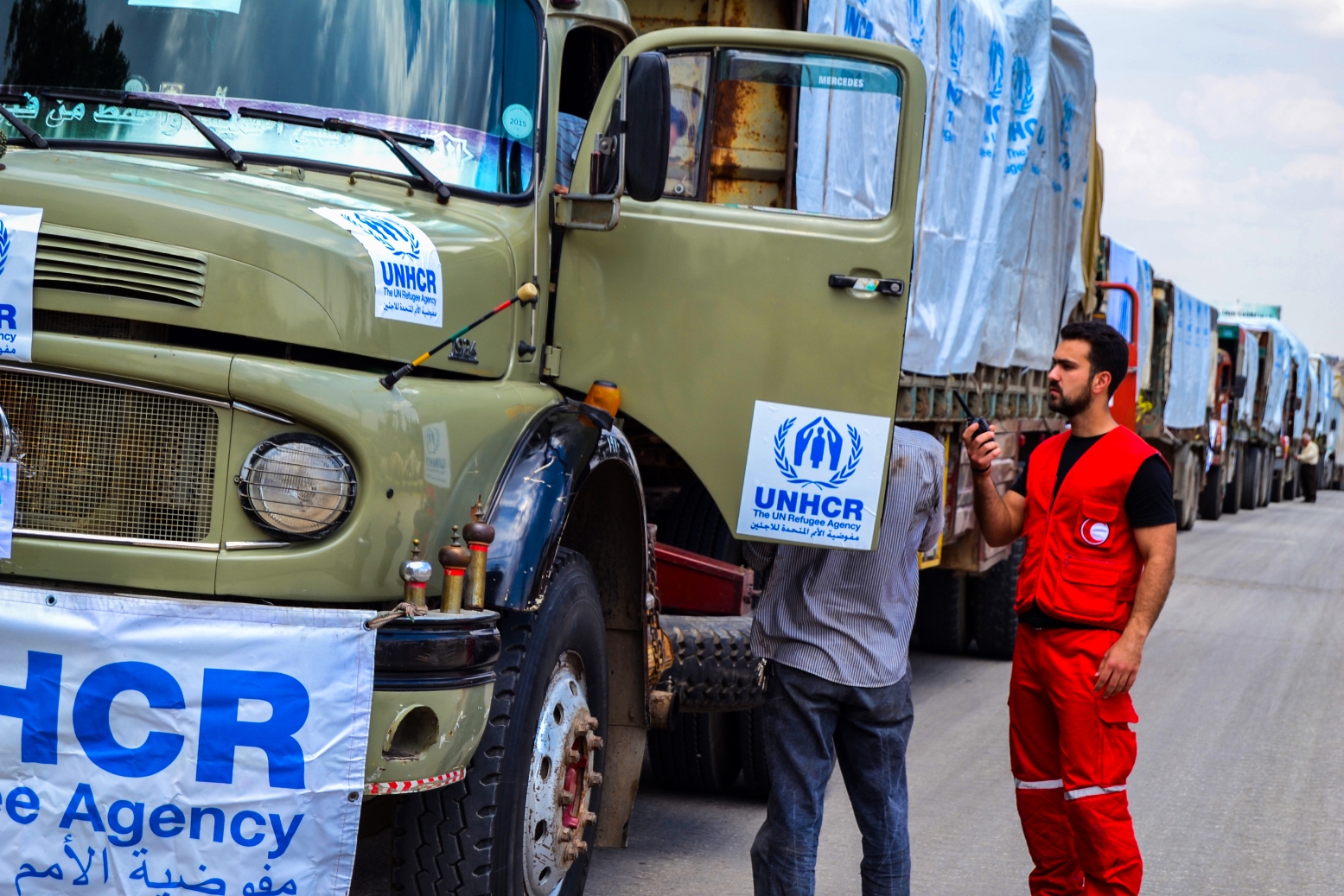 As the Syrian war enters its eighth year, leaked plans for the United Nations to shift all its aid operations to the capital Damascus have prompted a chorus of criticism, with many claiming that such a maneuver effectively enables to Bashar Assad’s regime to dominate the narrative of who receives assistance.

“Though no official announcement has been made, available information indicates that the Jordan OCHA headquarters will be consolidated with Damascus, with procedures starting to make the move official,” the Syrian American Council (SAC), a Washington-based advocacy group stated Friday. “The development would mean all aid collected for Syria through donor nations would be centralized in, and delivered through regime-controlled Damascus. This not only undermines the U.N.’s mission to deliver aid to all areas of the country, but specifically its efforts to get aid to areas outside of the regime control.”

Since early 2015, aid operations are run both from Damascus and in the neighboring Jordanian capital of Amman to handle deliveries across international borders and to areas under rebel governance – of which there are an estimated 4.5 million people – in what has been dubbed the “Whole Syria” approach. Officials in both locations are granted equal decision-making authority in an effort to promote impartiality in the war.

But according to The New Humanitarian, it was announced in a closed-door meeting in early April that the Amman position would be likely be dissolved by the year’s end, prompting widespread concern that all decisions will be at the behest of the regime.

“For years the Assad regime has used the withholding of aid as a weapon of war, and the international community continues to allow this to happen,” said Dr. Zaki Lababidi, president of SAC. “This move would give the regime control over aid distribution to the entire country, leaving the UN begging for permission to deliver it. The consolidation to Damascus will make the UN not only complicit in this war but an accomplice in this war crime.”

Much of that funding comes from the U.S taxpayer. The United States has long been the organization’s biggest donor, making up some 22 percent of its core budget and 25 percent of the peacekeeping budget.

AC contends that consolidating all affairs to the Syrian capital would further provide “more legitimacy to Assad” and also prompt other non-governmental organizations to sever ties with the U.N. on the ground for fear of being one-sided.

Another source closely monitoring the conflict told Fox News Friday that the leaked reports of the U.N. consolidation have alarmed many aid groups and much of the government, including the U.S. State Department.

Despite the U.N.’s bipartisan policy, efforts to get needed assistance to such areas have long been a cause for concern throughout the protracted conflict, with aid groups routinely denouncing the U.N. for cooperating with the Assad government and bemoaning that even when their vehicles are allowed into rebel-held regions life-saving medical supplies are removed.

A Fox News investigation last year found that billions of dollars donated from the U.S and other countries that pass through the U.N. often end up in the hands of ruthless regimes, with Syria leading the way. As of April 2016, 88 percent of food aid in the war-plagued nation went to areas controlled by the government while just 12 percent was able to make it into opposition-mandated areas.

The Washington-based Syria campaign also underscored that from the very beginning of the conflict in 2011, the U.N. was under persistent threat of having its permission to operate within the country’s borders if it did not comply with Damascus demands. The Syrian Foreign Ministry also provides an “approved list” of organizations the U.N. must partner with the work on the ground, and all humanitarian agencies must sign an agreement with the official Syrian Arab Red Crescent.

However, a U.N. spokesperson told Fox News in a statement late Friday that their humanitarian response in Syria remains split among three offices – an OCHA office in Damascus supporting the delivery of assistance from within Syria, an OCHA office in Gaziantep (Turkey) supporting cross-border deliveries from Turkey, and an OCHA Regional Office for the Syria Crisis in Amman that supports both operational hubs and supports those providing humanitarian operations in north-east Syria.

“While the hub in Damascus plays an important role, OCHA has no plans to close down other operations and/or consolidate operations in Damascus,” the representative, Stephane Dujarric, stated. “OCHA has been and continues to be a strong supporter of cross-border operations. These cross-border operations provide critical life-saving humanitarian aid and services to millions of people who would otherwise be cut off and unable to access the support they need. The UN’s humanitarian office will continue to do everything it can to support the delivery of aid to all people in need throughout the country through the most direct routes, regardless of where they are, based on humanitarian principles of humanity, neutrality, impartiality, and independence and in line with relevant General Assembly and Security Council resolutions.”