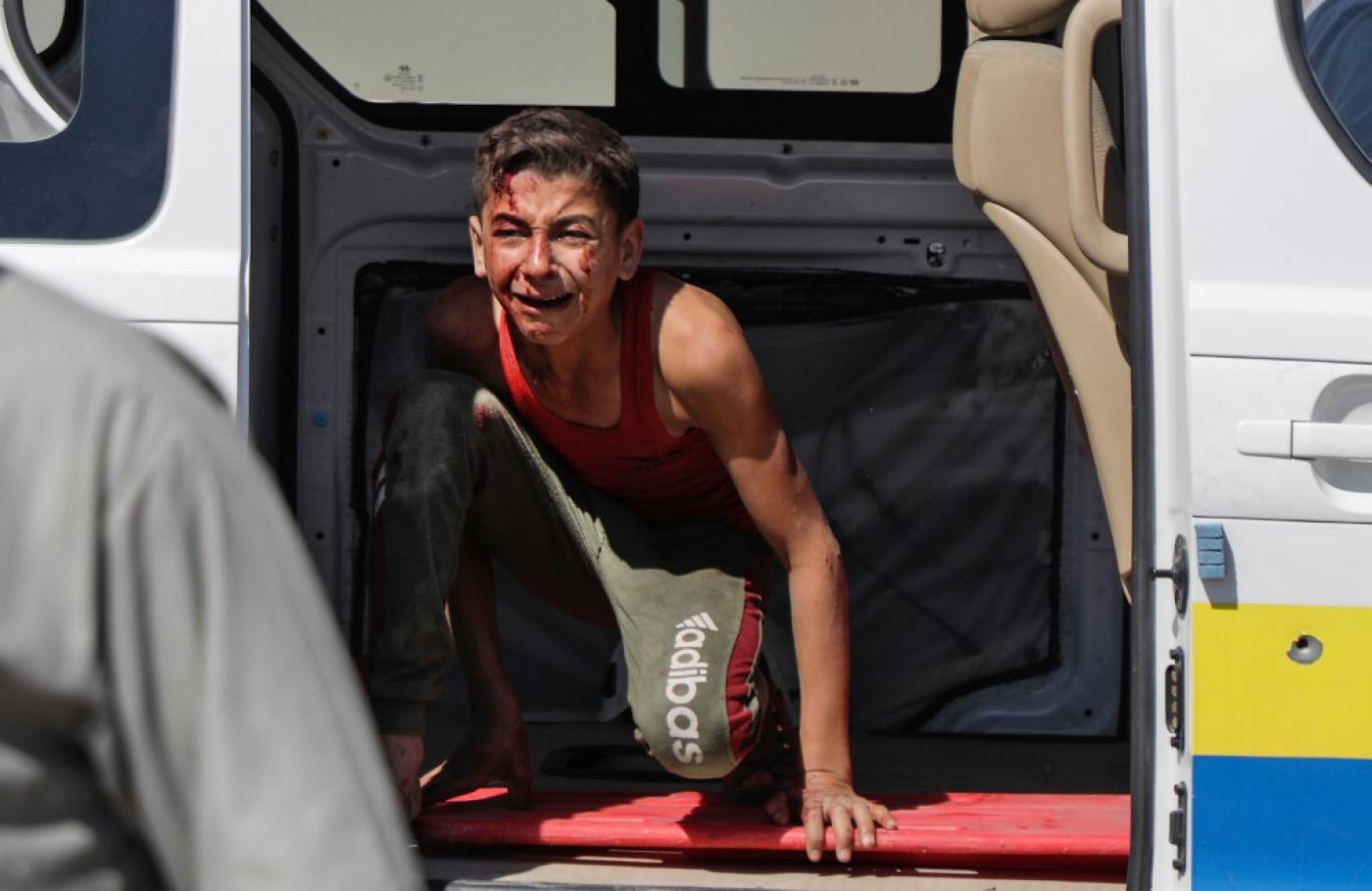 Source: By MEE and agencies

The United Nations will investigate attacks on its humanitarian facilities in northwest Syria, the international body’s secretary general said, only days after two-thirds of the UN Security Council (UNSC) called for an inquiry.

The investigation will focus on attacks on about 14 UN-supported facilities in Idlib province, including hospitals and health centres, UN Secretary-General Antonio Guterres said on Thursday.

UN spokesman Stephane Dujarric said a board was being established to lead the investigation.

“The investigation will cover destruction of, or damage to facilities on the deconfliction list and UN-supported facilities in the area,” Dujarric said in a statement, adding that it will “ascertain the facts of these incidents and report to the secretary-general”. 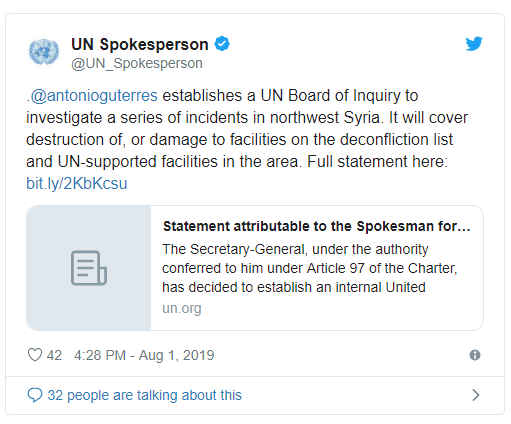 The locations of the UN-supported humanitarian sites had been shared with the warring parties in Syria in an effort to protect them.

Still, UN officials have questioned whether the location-sharing had the opposite effect and actually turned the sites into targets.

Both the Syrian government and Russia, a key ally of President Bashar al-Assad, deny targeting civilians or civilian infrastructure.

‘Approval for a ceasefire’

Idlib province, the last rebel-held stronghold in Syria, has been at the centre of recent bloodshed, with hundreds killed and thousands more displaced since April.

The province, large swathes of which were previously in the hands of al-Qaeda-linked group Hayat Tahrir al-Sham, has seen an increase in deadly violence this year after a September 2018 ceasefire deal fell apart.

That agreement, brokered by Russia and Turkey, was meant to stave off a Syrian government offensive on the area.

In rare public comments on Thursday, the Syrian army’s political chief pledged to seize Idlib if Russia does not reach a diplomatic solution with Turkey, which has backed some rebel groups in Syria, Reuters news agency reported.

The Syrian government also said it had agreed to a conditional truce in Idlib as long as a Turkish-Russian buffer-zone deal was implemented, the state-run SANA news agency reported, according to AFP.

SANA cited a military source who said the government had granted “approval for a ceasefire in the deescalation zone in Idlib starting from tonight”.

The ceasefire would depend on whether rebels in the area agree to withdraw forces and weaponry from the buffer zone that was established in September, the Syrian official said.

The UN has long called for a ceasefire in Idlib, as more than 730 civilians have been killed in air strikes and shelling in the northwest province since late April, according to the Syrian Observatory of Human Rights, a UK-based activist group.

In a report released on 26 July, UN human rights chief Michelle Bachelet said air strikes on schools, hospitals, markets and bakeries had killed at least 103 civilians, including 26 children, during the 10-day period before the report was released.

“These are civilian objects, and it seems highly unlikely, given the persistent pattern of such attacks, that they are all being hit by accident,” Bachelet said.

At the time, Bachelet condemned “international indifference” in the face of the mounting deaths.