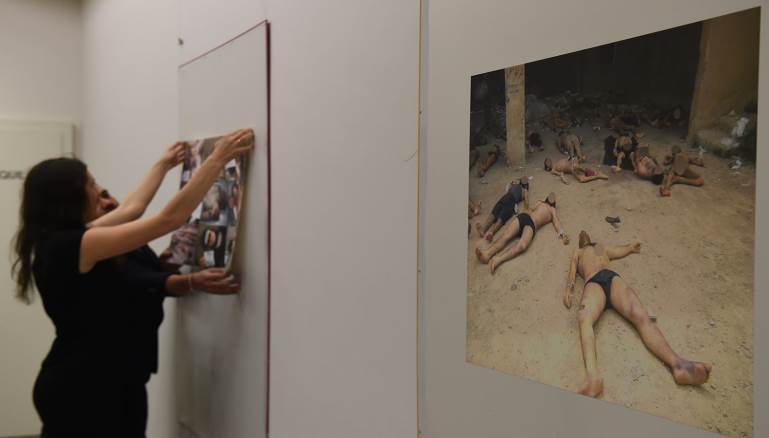 Stockholm/Berlin, 16 May 2019 – Swedish prosecution authorities responded promptly to the first criminal complaint filed in Sweden on torture in Syria. Since April, four of altogether nine Syrian plaintiffs – all of them torture survivors now residing in Sweden – gave witness evidence to the War Crimes Unit. On 19 February 2019, these Syrian women and men had submitted a criminal complaint under the principle of universal jurisdiction against senior officials in Bashar al-Assad’s government.

“It is very important for me to feel that the Swedish authorities care for our pain and help us in achieving justice”, said one of the plaintiffs after the interviews. Another added: “When justice is pursued, it is not lost. And now that we have a reason to be hopeful, we have the strength to move forward on this very long journey.”

Both are part of the group of torture survivors who took legal action in Sweden together with Syrian lawyers Anwar al-Bunni (Syrian Center for Legal Studies & Research, SCLSR) and Mazen Darwish (Syrian Center for Media and Freedom of Speech, SCM) as well as Ibrahim al-Kasem (Caesar Files Group, CFSG). The Swedish organization Civil Rights Defenders (CRD) and the Berlin-based European Center for Constitutional and Human Rights (ECCHR), whose legal research and analysis form the basis for the criminal complaint, have been working closely together with the complainants.

“We appreciate that the Swedish prosecutorial authorities followed up on the complaint so swiftly,” said Patrick Kroker, Head of ECCHR’s Syria Project. “Sweden can and should join the efforts made by countries like France and Germany in bringing the most high-level perpetrators of crimes in Syria to justice and issue international arrest warrants.”

Under the principle of universal jurisdiction, Swedish authorities can prosecute serious human rights violations regardless of where they were committed or the nationality of the victims and perpetrators. The plaintiffs’ cases are representative examples of the torture system under Assad’s government.

The criminal complaint in Sweden followed legal steps taken in Germany, France, Austria, and other European countries. In Germany and France, criminal complaints and witness testimonies have already contributed to arrest warrants against key figures within Assad’s torture system.

(Also) Sweden can play an important role in the fight against impunity for turture in Syria. This is why, in February 2019, nine torture survivors submitted a criminal complaint in Stockholm against senior officials in the government of Syrian President Bashar al-Assad – including for crimes against humanity.