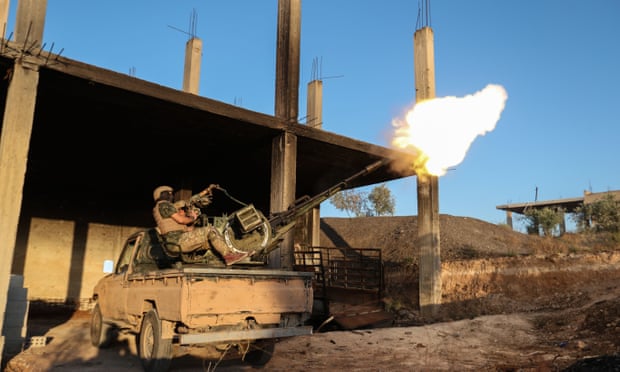 Fresh fighting around Syria’s jihadi-controlled enclave of Idlib has triggered “total panic” among civilians in recent days, according to a senior UN official who warned that a feared government offensive in the area was “playing with fire”.

The renewed violence, which followed the breakdown of a brief ceasefire, came as international concern about Syria mounts. The British foreign secretary, Dominic Raab, said on Thursday that he was appalled by the deteriorating situation in the enclave, which is home to about 3 million people.

“Appalled by situation in Idlib and how Assad backed by Russia revoked a ‘conditional’ ceasefire just days after announcing it – a repeated pattern of behaviour,” he tweeted. “Attacks on civilian targets are a violation of international humanitarian law – this must stop.”

A truce that started last Friday broke down quickly after Hayat Tahrir al-Sham, a former al-Qaida affiliate which controls most of Idlib, refused to withdraw from a planned buffer zone around the area – a key component of the agreement.

The Syrian government officially declared the ceasefire over on Monday, and the UK-based Syrian Observatory for Human Rights reported at least 49 air raids in 10 locations by early Thursday afternoon. More than 380 government mortar and artillery shells were reportedly fired.

Raising the alarm that the renewed fighting could foreshadow a wider government offensive, the UN humanitarian chief for Syria, Panos Moumtzis, said a humanitarian disaster could unfold in an area where hundreds of thousands have fled to escape Syrian government forces.

“These people don’t know where to go,” he said, stressing that there was no other opposition stronghold for people to flee to if President Bashar al-Assad’s forces were to launch an all-out assault. “A total panic has resumed again. It’s like playing with fire at the moment and we worry about it coming out of control.” 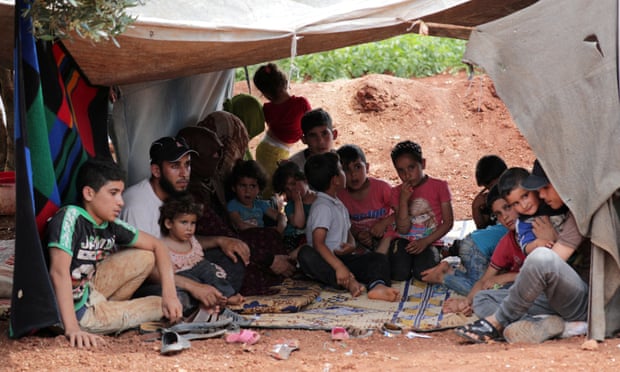 A displaced family shelters in an olive grove in the town of Atmeh, Idlib province. Photograph: Khalil Ashawi/Reuters

The UN has said it has contingency plans in place to cope with as many as 900,000 people being displaced, but there are no plans for managing an offensive affecting Idlib’s entire population. “What is the … plan for the three million people there?” Mountzis asked. “That is a question we haven’t got an answer for.”

Fears about the deteriorating situation in Idlib came as Damascus said it strongly rejected a proposed US-Turkish buffer zone for northern Syria, blaming the “aggressive” project on Syria’s Kurds, who gave the plan a guarded welcome.

Turkish and US officials agreed on Wednesday to establish a joint operations centre to oversee the creation of a safe zone in an effort to manage tensions between Ankara and US-backed Kurdish forces in Syria.

No details were provided on the size or nature of the safe zone, but the deal appeared to provide some breathing space after Turkey had threatened an imminent attack on the Kurdish People’s Protection Units (YPG), which control a large swathe of northern Syria.

Underlining the sense of mounting concern over the threats of a military escalation in Syria, the humanitarian adviser to the UN special envoy for Syria, Geir Pedersen, said on Thursday that she regretted the collapse of the ceasefire and that fresh violence threatened the lives of millions. More than 500 civilians have been killed since late April.

“Humanitarian actors are increasingly concerned by statements suggesting a possible military intervention, which would have severe humanitarian consequences in an area that has already witnessed years of military activity, displacement, droughts and floods,” Najat Rochdi said in a statement.