Syrian camps: vulnerable children of Isis ignored by the outside world

The young, old and infirm are extremely vulnerable in the camps, which have been drenched with rain since early January 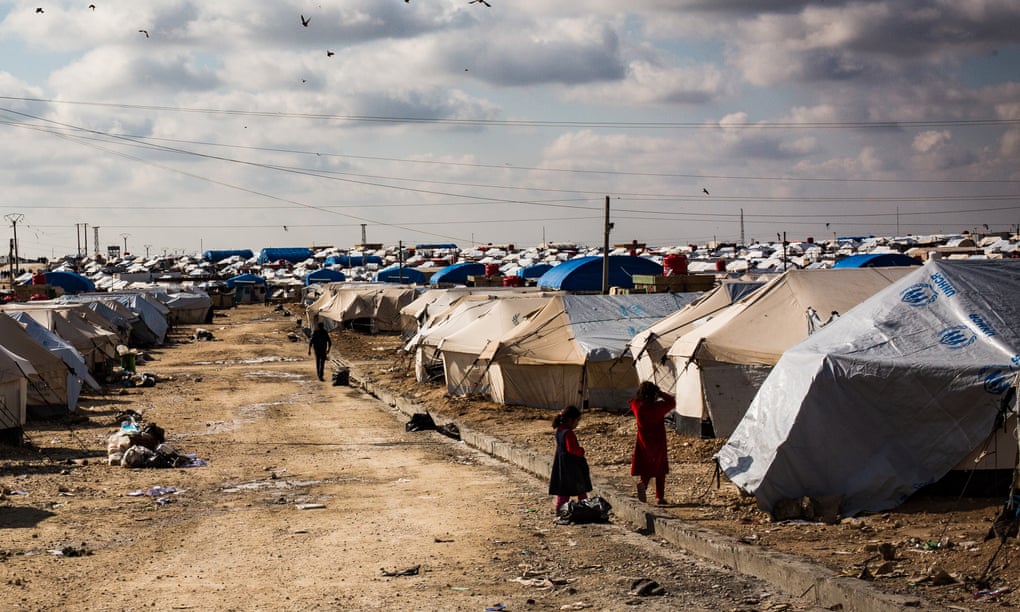 Up to 3,000 infants born to foreign nationals like Shamima Begum may be at risk

n a place the British government says remains too difficult for diplomats to reach, scores of its officials have been present for at least the past two years.

MI6 officers, as well as SAS troopers and commanders have formed strong ties with local Kurdish officials in north-eastern Syria, where two refugee camps full of the remnants of Islamic State (Isis) are located.

Away from the shrinking frontline, the rest of the province remains the safest in the war-torn country, where hundreds of aid workers, and reporters, operate relatively freely. Rojava, as the area is known locally, is a place where work can get done, as long as there’s a will.

Vast distances on bumpy roads and stifling bureaucracy are the biggest impediments to entering the twin refugee camps that double as detention centres for Isis-linked men and women and their children. As the “caliphate” has crumbled, escaping men have been placed in the al-Roj camp, near the northern Iraqi border, while women have been moved to al-Hawl, south of the city of Hasaka.

Both camps are overwhelmed with new arrivals as far greater numbers than anticipated streaming out of Baghuz, the last town held by the terrorist group in the far east of Syria. An estimated 25,000 people have been transferred to each camp in the last three weeks alone, among them many hundreds of children, a lot of them newborns. Hundreds more women are heavily pregnant.

The young, old and infirm are extremely vulnerable in the camps, which have been drenched with rain since early January. Infants in particular have had little shelter from the sharp, harsh winter, where night-time temperatures regularly dip below freezing, and heating is often left to lethal naked flame. Insulation is non-existent. Safe heating is nearly as rare.

Shamima Begum was moved from al-Hawl to al-Roj shortly after giving birth last month. It was there that her baby boy, Jarrah, died on Thursday. Buried alongside him were two other children who burned to death in a fire. According to the International Rescue Committee (IRC), at least 100 other children have died either en route to al-Hawl, or inside the camp itself. Most have perished through a combination of malnutrition and hypothermia. About 240 children have arrived unaccompanied, the IRC says.

Collectively, the children of both camps are among the most vulnerable on the planet, their plight amplified by the fact that their parents’ governments are showing next to no interest in them. Begum, who disavowed British values, while at the same time requesting to be allowed to return home, has been told the home secretary ordered her citizenship to be revoked – a move that left the status of her son unclear, and discharged Whitehall of any immediate legal responsibility for his welfare. Moral obligation remains another matter.

With the exception of France, which has shown some interest in repatriating children born to at least one French parent, no government is, at present, willing to come for these children. Canada’s position is that if its citizens make it to a consulate, they will be received. Such an outcome remains next to impossible for women in detention, who would first need to escape, then somehow cross into Turkey, Iraq, Jordan or Lebanon, with children in tow, evading arrest along the way.

The best estimate of senior aid officials in al-Hawl, and elsewhere in Rojava, is that up to 3,000 children born to foreign nationals may be at risk of death or disease in northern Syria. Most, if not all, of those children have prima facie rights to protections normally afforded to citizens. And none face the legal burdens of their parents, some of whom would face serious charges if they were to return home.

Begum’s newborn perished slowly over the last week, his tiny lungs unable to cope with the cold and damp. On Thursday he turned blue, and was rushed to a clinic, then hospital. Eventually he stopped breathing. The 19-year-old’s other two children, born to her and her Dutch husband, died in similar circumstances before the pair surrendered. Other mothers have said they fear the same fate as they struggle to shelter their infants from the extremes and catch the attention of their governments.

“What happens to me is irrelevant now,” said a Canadian woman in al-Hawl. “But the children are innocent. Find them a way to live.”