He told The Post, “A man from Douma did not speak to his family for three days upon his return, and then he killed himself. We only learned his full story from cellmates after his death.” 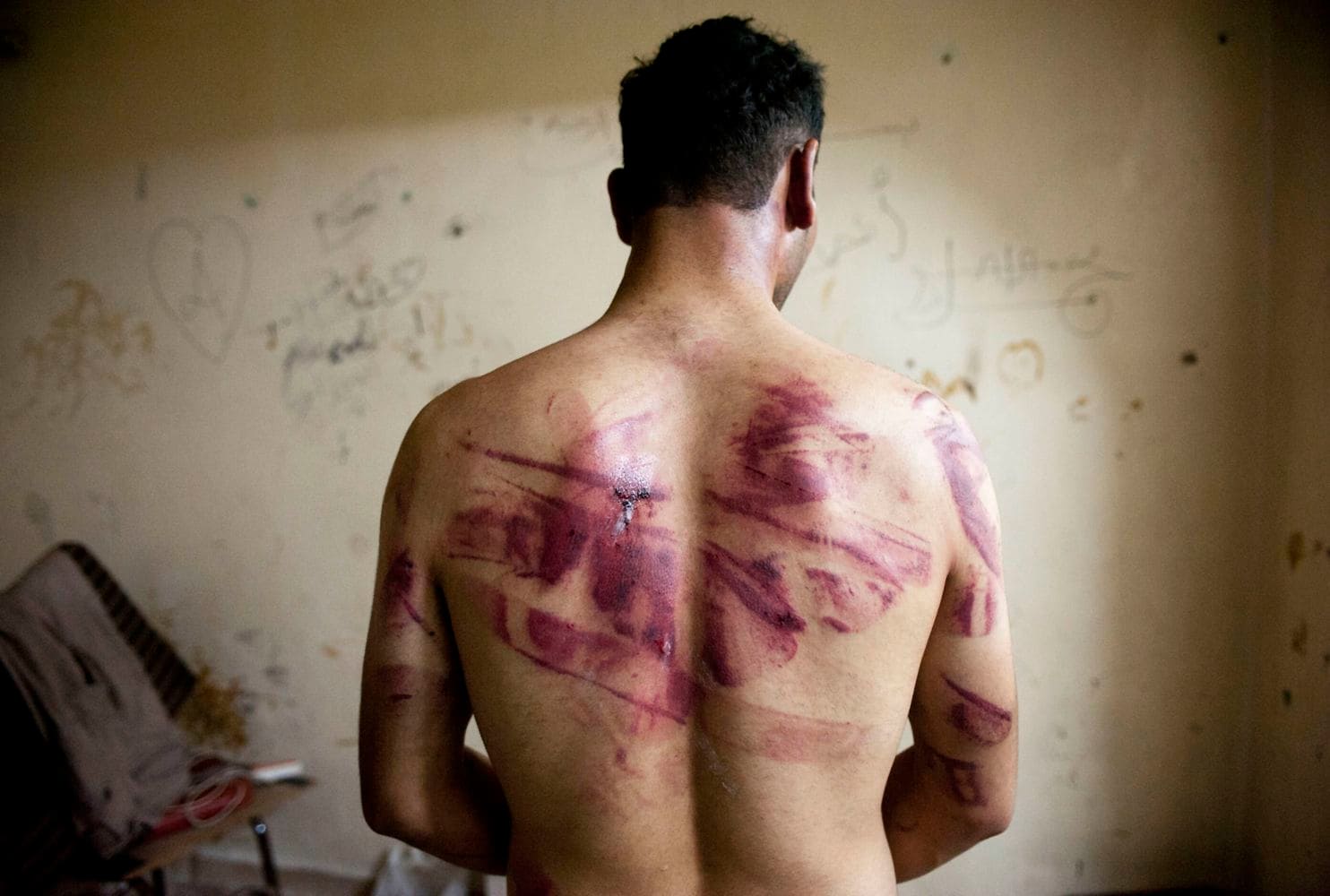 BEIRUT — Syrian government forces are using widespread sexual violence to humiliate and silence male prisoners, psychologists and a monitoring group said Monday, offering a rare window into a form of abuse rarely discussed by its survivors.

Eight years after the start of Syria’s uprising, more than 100,000 detainees remain unaccounted for, most of them in Syrian government custody. According to the United Nations and human rights groups, torture and abuse are systematic, and thousands, if not tens of thousands, of those detainees are probably dead.

But while many forms of abuse are well documented, the men who emerge from Syrian government cells — often after years of neglect in near-total darkness — rarely discuss the levels of sexual violence they encountered, and little psychological help is available for survivors.

According to a report released Monday by Lawyers and Doctors for Human Rights, a Syrian rights group, security forces have used rape and enforced sterilization, as well as the tying, burning and mutilation of men’s genitals, to force confessions and submission.

The abuse has taken place at checkpoints, on journeys to prison and inside interrogation rooms, the group said. Several men said their jailers inserted a water hose into their anus and turned on the tap, causing the prisoners’ bodies to swell up.

There are no accurate statistics for the scale of the sexual abuse inside Syrian custody, in part because survivors are scattered around the world. Former detainees also are often hesitant to report such abuse, particularly when they come from conservative communities in which discussion of sexual violence is taboo.

But of 138 men interviewed by the LDHR, more than 40 percent reported some form of sexual assault. That figure rose to almost 90 percent when describing instances of forced nudity ordered by their prison guards.

“What is revealed is extensive, pervasive and brutal sexual violence against Syrian political prisoners across time, government security agencies and their detention centers,” the group said. The testimonies were accompanied by medical evaluations. Where possible, experts in treating sexual violence then cross-checked the details from the survivors’ accounts and the evaluations.

In interviews with The Washington Post, dozens of men formerly held in government prisons, particularly in Damascus, have described how they were ordered to strip before being severely beaten, or how they spent days lying naked alongside other prisoners in packed and squalid cells. Others reported extreme forms of sexual abuse involving mechanical tools or sharp objects.

“These were moments when you didn’t recognize yourself as a human,” said one man, speaking on the condition of anonymity out of fear for his family’s security in a government-held area. “As I lay there, it wasn’t that I wanted to die. It was that I wished I’d never existed.”

These accounts by survivors describe historical cases of abuse, but there are few indications that the practice has stopped. More than 2,000 Syrians have been detained since November, most of them by government-linked forces, according to the Syrian Network for Human Rights.

It remains unclear how many have been sent to detention facilities, rather than being forcibly conscripted. But recently released detainees say the pace and scale of abuse inside government prisons and security branches remain unchanged.

The legacy of sexual abuse can be devastating, and trauma can last years after release. More than three-quarters of the men interviewed described depression, flashbacks and nightmares since they left prison.

Psychologists in Gaziantep, a city in southern Turkey and a hub for Syrians fleeing the war, have recorded cases of suicide that they believe to be linked to sexual abuse experienced in Syrian government custody.

“Coming from conservative societies, these men often leave feeling destroyed and humiliated as men,” said Jalal Nofel, a Syrian psychiatrist who works with former detainees in Gaziantep. “The patients we see often believe that they cannot recover from that.”

He told The Post, “A man from Douma did not speak to his family for three days upon his return, and then he killed himself. We only learned his full story from cellmates after his death.”

There is scant help available for rehabilitation of former detainees, as needs exceed the capacity of international and local humanitarian groups working in Syria and in countries hosting the war’s refugees. And men are far less likely than women to seek help.

Of sexual violence survivors from 61 countries who sought help between 2004 and 2014, only 5 percent were men, according to Doctors Without Borders.

In their interviews with the LDHR, survivors said they had often chosen isolation, in some cases forgetting details about their family lives while being unable to shake flashbacks from their time in jail. One man ­likened himself to a small bird. Another man, identified only as Abdullah in the report, told a researcher that he lived in constant fear.

“The soul has died, doctor,” he said.

Zakaria Zakaria in Istanbul contributed to this report.