The primary problem with Syria’s current constitution, which was amended at the beginning of the conflict in 2012, is not its content, but rather its implementation 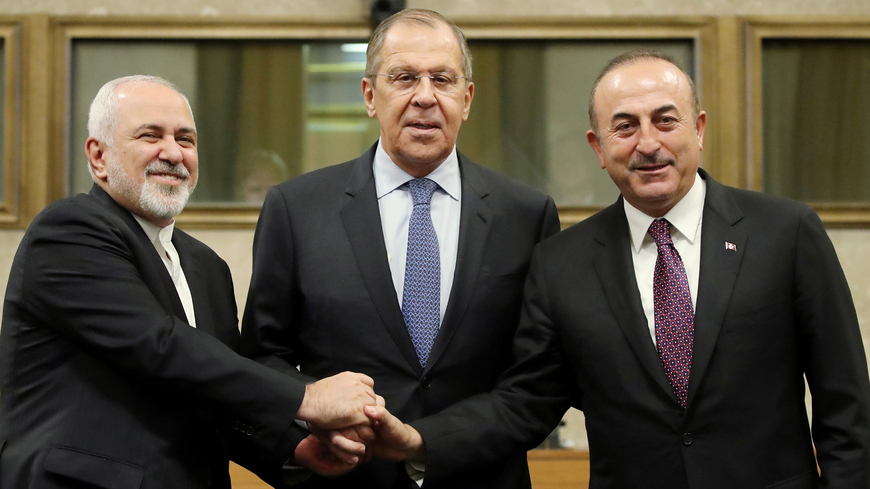 The leaders of Germany, Russia, Turkey and France participate in a press conference in November, where they endorsed the prompt creation of a constitutional committee.
Source: the Kremlin

In late November, UN Special Envoy Staffan de Mistura announced that he would delay his resignation to make one final push to create a constitutional committee. While the idea of creating a new constitution for Syria has existed since the early stages of the Geneva Process, in recent months de Mistura has prioritized this goal, shuttling between Damascus and Geneva in an attempt to confirm participants. This new focus emerged after the sponsors of the Sochi Conference endorsed the creation of a constitutional committee in January 2018, meaning a new constitution would be the easiest way forward for the UN negotiation process. However, de Mistura is so intent on showing that the political process is yielding results, that he has become disconnected from the ultimate purpose of the process and the root causes of the conflict – which will not be solved with a new constitution. This morning, de Mistura announced that agreement has not yet been reached on membership of the constitutional committee and he will be handing the task to his successor. However, incoming Envoy Geir Pedersen, should reevaluate the purpose of a new constitution, and refocus talks on the underlying grievances of the Syrian people.

Resolution 2254, a document that is still the basis for the political negotiations in Geneva, calls for the creation of “a schedule and process for drafting a new constitution,” but it envisions this step happening as one aspect of “a Syrian-led political process that is facilitated by the United Nations,” and would create “inclusive and non-sectarian governance.” A new constitution would have been a capstone of a political transition, not the starting point. In spring 2017, de Mistura boiled the document down to four “baskets” of issues, which would frame the discussions in Geneva: the creation of a credible, non-sectarian transitional government, a new constitution, UN-supervised elections, and anti-terrorism. By November of that year, de Mistura had noted that negotiations were focused on only two of these baskets, the creation of a new constitution and elections, a step that SJAC noted was premature. Finally, in January 2018, the Russian-led Sochi conference culminated in a Final Statement endorsing the creation of a constitutional committee, without mention of any of the other benchmarks originally laid out in Resolution 2254. Since that time, the creation of a constitutional committee has become the primary focus of de Mistura’s work on the political process.

However, rewriting the Syrian constitution would do little to address the roots of the conflict. For the most part, the primary problem with Syria’s current constitution, which was amended at the beginning of the conflict in 2012, is not its content, but rather its implementation. The fact remains that the Syrian government has no interest in respecting a governing document that limits its powers, particularly when there is no enforcement mechanism to do so. For example, the current constitution bans mental and physical torture and calls for the punishment of those responsible. However, the government continues to oversee a network of detention centers where torture is systematic. The constitution also reads that “Every citizen has the right to freely and openly express his views in words, in writing, and through all other means of expression,” however Syrians continue to be arbitrarily arrested, tortured, and killed for speaking out against the government. The transformation needed in Syria is not a new constitution, but rather it is a government that is held accountable to the constitution.

In the future, when the security situation and political atmosphere permits, a new constitution could benefit Syria. The value of the document would not necessarily be in the text, but rather in the process. When correctly utilized, the process of writing a constitution can be a peacebuilding opportunity, building trust between the people and government and creating a sense of individual ownership over the document. In Brazil, for example, 100,000 citizens attended townhalls throughout the country to learn about the constitutional process and provide feedback. In Rwanda, commissioners spent six months traveling around the country, participating in public debates and discussions in order to inform the public about the issues under discussion. During its transition from apartheid to democracy, South Africa received submissions regarding the content of a new constitution from over two million individuals and organizations. Such processes required dedication by all those involved as well as time. South Africa took seven years to draft its constitution. While a timeline has not been set for the current iteration of the committee in Syria, in 2016 a deadline of four months was imposed, an unrealistic timeline for any thoughtful process, let alone public input. Meanwhile, continued insecurity, lack of political will, and massive displacement prevent inclusive public debates and will result in a missed opportunity to socialize the values embedded in a new constitution, mobilize broader buy-in among Syrians, and promote peacebuilding.

While implementing a comprehensive and inclusive process certainly poses challenges, it not only can create a superior document, with more public buy-in, but the experience of participation can help citizens learn how to have peaceful dialogue across political differences. De Mistura and his successor are in a difficult position; there is currently no clear path forward to realizing Resolution 2254. However, allowing a constitutional process to go forward in the current context would leave the underlying drivers of the conflict unaddressed and the current brutal practices of the government, which are already unconstitutional under Syria’s current framework, unchecked. The new Envoy should reconsider the root causes of the conflict and work towards discrete goals, such as the release of detainees, a missing persons program, property restitution, and the creation of security guarantees for political opponents, that would serve to address the underlying grievances of Syrians, rather than forcing through a constitution that will most likely have little or no effect on daily life in Syria.