book “Sednaya Prison During The Syrian Revolution:Testimony of Taha al-Bakkour

On Saturday March 26, some demonstrators passed in front of our branch and started shouting. Elements of the branch used their guns, killed six and wounded others. There were formal orders not to use live ammunition without a permission. 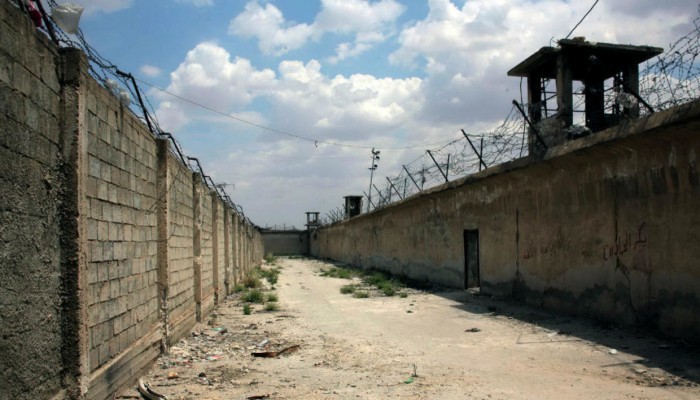 Source: The Association of Detainees and The Missing in Sednaya Prison

My name is Taha al-Bakkour, born in 1982 in the city of Kafr Zita in the province of Hama. I am a graduate from the English department, Damascus University. I started my mandatory military service in June 2010, followed a course in the school of the military police in Qaboun. I was assigned to the military police branch in Latakia.

Since the days of the Egyptian revolution, the security committee of Latakia used to convene in the command of the military police in Sheikh Daher neighborhood, opposite of the unfinished building of the governorate. The Syrian revolution started and began to spread in many cities. The first demonstrations in Latakia started in March 25, 2011. Since that time, we were ordered to face them. We were given different government cars to move, cars of the agricultural department for example and in civilian clothes.

On Saturday March 26, some demonstrators passed in front of our branch and started shouting. Elements of the branch used their guns, killed six and wounded others. There were formal orders not to use live ammunition without a permission. Therefore, a committee arrived from Damascus to investigate. Elements of the branch fabricated a story about planting explosives in the trunks of palm trees inside the wall of the branch. They claimed that the demonstrators started shooting and the military police responded in self-defense. One of them offered a false testimony claiming that he found some bullet envelops in the gas station opposite the branch where the demonstrators were marching.

Military intelligence branch in Latakia arrested us in Latakia on May 31. They interrogated us, and in 22nd of June they referred us to “branch 291” in Damascus. In 4 June they took us to the interrogation branch where we spent 15 days, after which, in 19 July we were referred us to the prison of the military police in Qaboun to spend one night and be transported to Sednayah prison in the following day.

In Sednayah we were received with the usual tool of torture, the wheel. Then they put us in the White Building for 15 days and then to the solitary cells of the Red Building. After that we were moved to the dormitories, each 3-5 persons in a dormitory. At that time the number of detainees for participating in the revolution was small. Military detainees were about thirty and the civilians were about sixty. Because we were few, one jailer could beat all the prisoners of a dormitory. Sometimes they came four times every day to beat us. I can say that all kinds of torture were practiced on all of us. The most difficult of them was deprivation of food and water for long periods.