Detainees: Umm Osama was rescuing wounded son , ‘She is not a terrorist’ 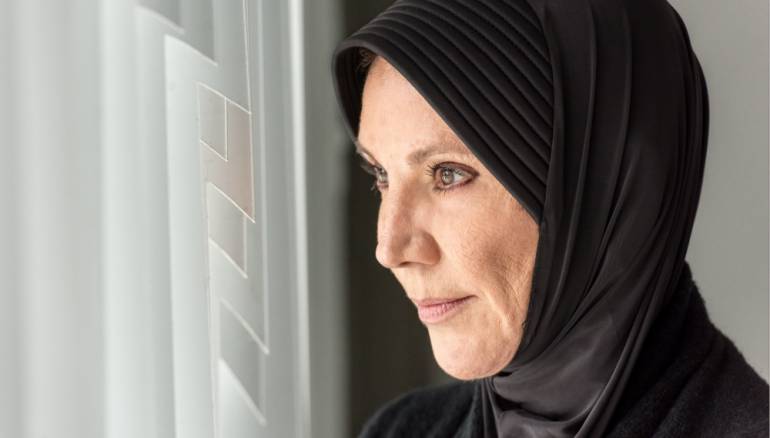 (Zaman Al Wasl)- Aida al-Haj Yousif, the former detainee, tells the story of Umm Osama who was detained while rescuing her wounded son by Assad security in Homs city to be held later in Adra prison over claims she is a terrorist.

At the beginning of 2016, after a long journey from the Military Security Branch in northwestern Hama city to the Kafr Sousa police station in Damascus, I met with Umm Osama where we both were taken to the terrorist wing in Adra Central Prison.

Umm Osama, 50,  a decent mother for two teenage girls and a boy from al-Waer neighborhood in Homs city.

During the Syrian regime’s offensive on al-Waer” neighborhood, Umm Osama refused to leave her home despite all the pain and suffering.  Unlike many employees in the official circles of the Bashar Assad regime who left for fear of death and losing their interests.

As the fighting between the Free Syrian Army factions and the Assad militias escalated, during which the latter inflicted heavy losses as a result of the use of improvised explosive device (IED) items in the vicinity of the neighborhood, her only child was injured by shrapnel from the barrel bombs.

She was forced to leave the besieged neighborhood to save him, but she was arrested by the Assad sectarian militias over claims that her name on the Intelligence wanted lists. She left the injured child with his sisters and was taken to the military security branch in Homs, and then to the fourth branch known as the Balloona where she was confined in a solitary cell for five months , and accused with the worst accusations. She was subjected to the cruelest forms of corporal torture and left without food and water.

The Assad regime considers her a dissident as a previous employee in the Explosives Department of the Scientific Research Center in Homs.

Unfortunately, she was not in the same section where I was imprisoned. When I met her at the buffet, the courtyard and the prison corridors, I spoke to her and complained about how much I miss my children.

Two young men, who were at the age of her daughters, tortured her by the cruelest forms of corporal torture: they beat her head until the blood came out of her ears, put the palm of her hand on the “electric heater wires”, took off three of her nails, and one of them dyed her body in color after beating her with an electric cable, so she was hiding her eyes with the cover of her head while talking.

Many times, I see her crying desperately to know about her children, especially the injured child. However, what she knew from them only increased her pain because the men of the checkpoint brought them all back to the besieged neighborhood.

After her presentation to the criminal court, she was arrested by the judge on charges of terrorism and supplying the rebels with explosives-making schemes.

Her husband, who since the beginning of the war has been outside the besieged areas, appointed her a lawyer, but he asked for millions of liras so they dismiss him.

Months later, the judge asked for five million lira to reconsider her case, but they do not have the money. she remained hopeful, especially after hearing good news about her children.

Umm Osama, who remains in prison until today, did not participated in any activities against the Assad regime. But, she realized that Bashar’ regime as well as his father’s regime are made to eliminate the great minds.