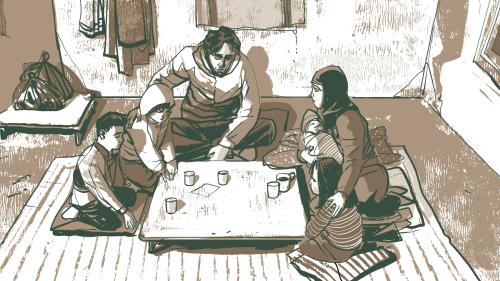 (Beirut) – Syrian refugees who returned to Syria between 2017 and 2021 from Lebanon and Jordan faced grave human rights abuses and persecution at the hands of the Syrian government and affiliated militias, Human Rights Watch said in a report released today. Returnees also struggled to survive and meet their basic needs in a country decimated by conflict.

The 72-page report “‘Our Lives Are Like Death’: Syrian Refugee Returns from Lebanon and Jordan,” found that Syria is not safe for return. Among 65 returnees or family members interviewed, Human Rights Watch documented 21 cases of arrest and arbitrary detention, 13 cases of torture, 3 kidnappings, 5 extrajudicial killings, 17 enforced disappearances, and 1 case of alleged sexual violence. 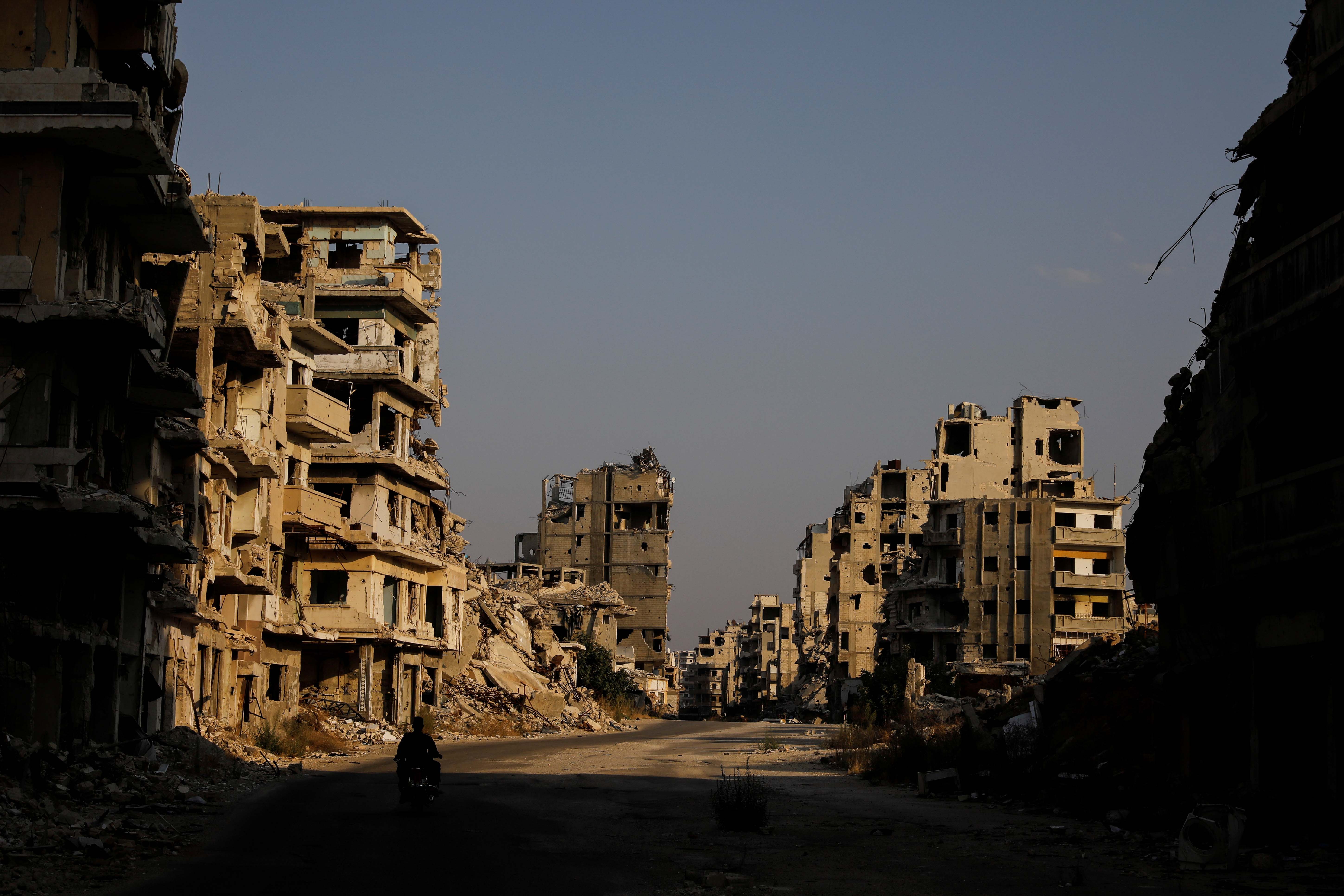 A man rides a motorcycle through a destroyed neighborhood in al-Khaldieh area in Homs, Syria, on September 18, 2018. © 2018 Reuters/Marko Djurica

“The harrowing accounts of torture, enforced disappearance, and abuse that refugees who went back to Syria endured should make it patently clear that Syria is not safe for returns,” said Nadia Hardman, refugee and migrant rights researcher. “Widespread property rights violations and other economic hardships also make a sustainable return impossible for many.”

In addition to the 65 returnees and family members, Human Rights Watch interviewed three lawyers from Syria, Jordan, and Lebanon and four researchers and experts on Syria, as well as nongovernmental organizations, and UN and humanitarian agencies in Jordan and Lebanon. Human Rights Watch also reviewed reports related to Syrian refugee returns, and analyzed relevant national and international laws, decrees, regulations, and memorandums of understanding.

While parts of Syria have not had active conflict hostilities since 2018, the Human Rights Watch finding that Syria is not safe is consistent with findings by other human rights organizations, journalists, and the Syria UN Commission of Inquiry. All have documented arbitrary arrests, detention, torture and ill-treatment, involuntary or enforced disappearances, and summary executions.

UNHCR, the UN agency mandated to provide international protection and humanitarian assistance to refugees, maintains that Syria is unsafe and that it will not facilitate mass returns in the absence of key protection conditions, though it will facilitate individual voluntary returns. All countries should protect Syrians from being returned to face violence, torture, and halt any forced returns to Syria, Human Rights Watch said.

“No one will be safe in Syria until they stop the security agencies from terrorizing people,” said a 38-year-old refugee in Lebanon who went back to his hometown of Qunaitra in Syria.

Despite the findings, countries in the region and beyond continue to promote returns. Denmark has set a dangerous precedent from within the European Union by removing the “temporary protection” status of people from Damascus and Damascus Countryside.

Lebanon authorities have pursued an aggressive returns agenda, with decrees and regulations designed to make Syrian refugees’ lives difficult, and to pressure them to leave. They have forced Syrian refugees to dismantle their concrete shelters, imposed curfews and evicted refugees from some municipalities, obstructed the renewal of residency permits, and summarily deported thousands of Syrian refugees. Lebanon’s economic collapse has left 90 percent of Syrians in extremely poverty and relying on credit and mounting debt to survive.

Jordan has not publicly pushed for large-scale organized repatriations and has granted some legal work opportunities to Syrian refugees. But closing important categories of employment to non-citizens limits the jobs Syrians can work. Only 2 percent of refugee households can meet their essential food needs.

While Jordan does not impose a formal re-entry ban on Syrian refugees, refugees nearly uniformly told Human Rights Watch that Jordanian border guards said they could not re-enter Jordan for three to five years. This denies returnees them right to claim asylum if, having returned to Syria, they again face persecution.

Despite increasing levels of vulnerability in Lebanon and Jordan, the number of spontaneous refugee returns to Syria has not significantly increased. Those who do return are often under extreme pressure, with limited information on conditions inside the country.

At the outset of the Syrian conflict, Lebanon and Jordan at first welcomed refugees. As the numbers of refugees in Lebanon increased, Lebanon adopted coercive and abusive measures, including discriminatory curfews, evictions, arrests, and other restrictions on legal residency and access to employment and education.

With no reliable information networks on which Syrian refugees can make fully informed decisions about return and with international humanitarian agencies lacking adequate access to monitor returns, countries hosting Syrian refugees should adhere to the position that Syria is unsafe for returns and immediately halt any forced returns, Human Rights Watch said.

International donor governments should use their leverage against such practices as summary deportations and forced returns, which amount to a breach of nonrefoulement obligations – not returning people to a place where they could face threats to life and freedom and other serious harm. They should also make clear to the Syrian government, its allies, and host countries, that so long as these abuses continue with impunity, they will not finance humanitarian programming that preemptively focuses on returns preparedness.

International donor governments should help sustain this position and fully fund humanitarian assistance programs, particularly inside Lebanon and Jordan and other neighboring countries.

Lebanon and Jordan should lift all restrictions on Syrian refugees re-entering their countries if they were not able to re-establish themselves inside Syria, or to get Syrian government protection. Lebanon should revoke the May 2019 Higher Defense Council decision for the summary deportation of all Syrian refugees who re-enter irregularly after April 2019. Jordan should stop imposing arbitrary or de facto re-entry bans on Syrian refugees and clarify that Syrians can return to Jordan, and the process for doing so.

Denmark should repeal its decision to remove temporary protection for Syrian refugees from Damascus and Damascus Countryside and European Member States should not introduce any similar legislation.

While active hostilities may have decreased in recent years, the Syrian government has continued to pursue the same abuses against citizens that led them to flee in the first place, including arbitrary detention, mistreatment, and torture.

“No country should be forcing refugees to return to Syria, so long as the Syrian government commits widespread human rights abuses,” Hardman said. “A decade on, returning refugees are still at risk of persecution from the same government they fled.”