The Middle East Institute (MEI) is pleased to host a joint panel with Pro-Justice to launch the new book Blacklist: Violations Committed by the Most Prominent Syrian Regime Figures and How to Bring Them to Justice. Blacklist identifies and provides detailed information on nearly 100 individuals accused of committing war crimes and crimes against humanity in Syria over the past 8 years. The book also sheds light on the crimes themselves, and outlines potential political and judicial avenues available to bring them to justice. A panel of experts will delve into prospects for promoting transitional justice and accountability in Syria as part of any post-conflict scenario. Speakers: Anne Barnard, New York Times journalist who currently covers climate and environment for the Metro desk; Wael Sawah, the President and Director of Pro-Justice and Editor-in-Chief of The Syrian Observer. Formerly; Charles Lister, Charles Lister is a senior fellow and director of the Countering Terrorism and Extremism program at the Middle East Institute; and Joyce Karam, moderator.

We Are Not Alone!

The sister of deceased British MP Jo Cox has called on leading UK politicians to continue the murdered politician's legacy and act on Syria, where 1 million children are trapped in Idlib province amid a hail of bombing. Earlier last week, the United Nations Security Council passed its first resolution on missing persons in armed conflicts, seizing a key opportunity to strengthen efforts toward uncovering the fates of those missing and giving closure to countless families. Human rights in Syria has been a pressing issue in Syria throughout the past 8 years. While governments are yet to take a clearer position regarding the fate of the Syrian criminal regime led by Bashar al-Assad, international and civil society organizations across the world, as well as politicians, academics, and activists, are in full support of the Syrian case. We, the Syrians, need to be more efficient in stretching the bridges between ourselves and the world that cares about us. While the governments fail to do their duties, we can build up on the friendship of the peoples and their legitimate organizations. Hic Rhodus, hic salta!

The High Cost of Failure in Idlib

The hum of an aircraft hovering above. An explosion. Children crying in terror as their parents pick them up and flee. Blood, dust, and destruction everywhere. It is an all too familiar sequence of events through the Syrian conflict, in Aleppo, Ghouta, and now, Idlib. Despite widespread condemnation of this familiar tragedy, not enough has been done to protect civilians in Syria. On April 26, the Syrian-Russian military alliance launched a long-anticipated offensive on Idlib and Northern Hama governorates, the last territories in Syria held by anti-government armed groups. The escalation comes after Russia and Turkey brokered a ceasefire in September 2018. Now, though, strikes have resumed, and with them, abject disregard for civilian life. More than 80 civilians have died in the last three weeks, according to the UN. Local monitors and activists registered hundreds of strikes per day on schools, hospitals and homes – civilian objects protected under international law. For the first time in almost two years, we have received reports of the Syrian government using their notorious barrel bombs. These weapons, which we last documented the government using in Aleppo in late 2016, are indiscriminate and have devastating effects on populated civilian areas.

Pro-justice congratulates all the Syrians in Syria and in the diaspora on the Evacuation Day, Syrian National Day. Once again the Syrian observe this occasion while their suffering increases on daily bases. The war in Syria is still on; death surrounds the Syrians everywhere; and an increasing number of Syrians are still losing home and moving from a place to another seeking safety and security, with little luck. The prisons are still full and every day the Syrian families are losing their loved member to detention and torture and are still receiving the sad news of their beloved family members’ death in the prison. Demographic change is still occurring and Syrian refugees cannot return to their homes because they do not have a home anymore. If they do, they will not be safe if they return. But if they stay in the diaspora, their life is not any better. In the camps, they face sickness, humiliation, fear, and the cruel weather. More and more, Syria is becoming a failing investment for the big players. When it was a promising enterprise,

Including Pro-justice, 44 Syrian civil society groups sends a letter to the Office of The Prosecutor at the International Criminal Court. The groups lent in the letter full support to the Article 15 Communication submitted by the Guernica Centre for International Justice with regards to the jurisdiction of the ICC over the hideous crimes committed against the Syria civilian population. For the last 8 years, the 44 leading human rights, advocacy, and accountability groups said, “Syrians have lost so much. They have been tortured and killed. They have been forcibly displaced. They have been targeted. All of that happened and continues to happen with absolute impunity to the perpetrators. Ruling for the ICC jurisdiction mandate to include those crimes is a crucial step towards justice in Syria. The ICC has the mandate to investigate such crimes, and it needs to fulfil this mandate. In an increasingly gloomy situation, this comes as a spark of hope.” The signatories hoped to hearing some positive news for Justice in Syria soon as we renew our readiness to share evidences Syrians risked their lives to document and protect over the years; if it would mean that justice will be served.

Brussels Donors’ Meeting: Much A Do About Nothing

The European Union and the United Nations co-chaired the third Brussels Conference on Supporting the future of Syria and the region, on 12-14 March 2019. While the Conference achieved some good results, it overlooked other issues that we believe are very important. 57 countries and more than 20 international organisations and UN agencies came together to participate in an international conference on supporting the future of Syria and the region. On 12-13 March, the 'days of dialogue' brought together more than 1000 participants: civil society representatives from Syria and the region, ministers and decision-makers from countries neighbouring Syria, donor countries, regional organisations, UN agencies, and the Red Cross and Red Crescent Movement. They discussed key themes affecting the Syrian people and the international response to the crisis. The conference renewed its rejection of normalization with the regime, but some European diplomats expressed concern about changing the direction of international aid and directing it to areas of the regime. Part of the funding provided by the European Union and its country members should be used for the reconstruction of Syria, which was devastated during eight years of war, but the head of European diplomacy, Federica Mogherini, warned that these funds "will only be transferred if a credible peace process begins in Geneva Under the auspices of the United Nations ". "The Syrian regime must be present at the negotiating table in Geneva," said Belgian Foreign Minister Didier Reynders. "We hope that in the coming months we can move the political situation. That would allow the start of reconstruction and the return of refugees," he said. 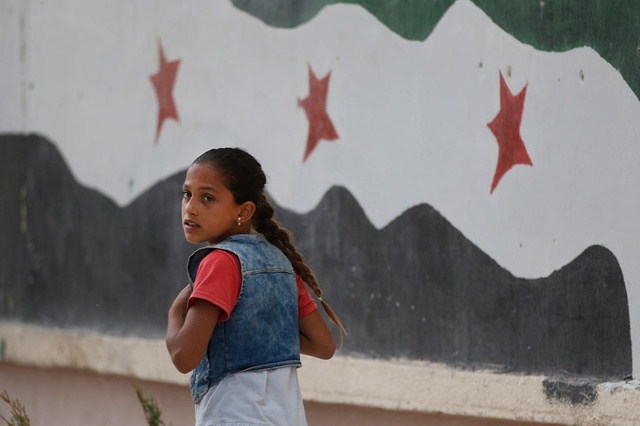 In principle, the civil society needs to be apolitical. However, in a situation like Syria where the regime of Bashar al-Assad has taken a hostile position towards his people, which made him one of the most war criminal in history. The Syrian civil society therefore found itself obliged to play a political role. But it also found itself in this position because of the poor performance of the Syrian opposition. The latter was interested in its little games and gains more than being interested in the public cause. The Assad regime has been brutal and criminal; the opposition has been little and petty, if we want to be cautious in using our words. The civil society therefor had not other option but to have a say in the political arena. 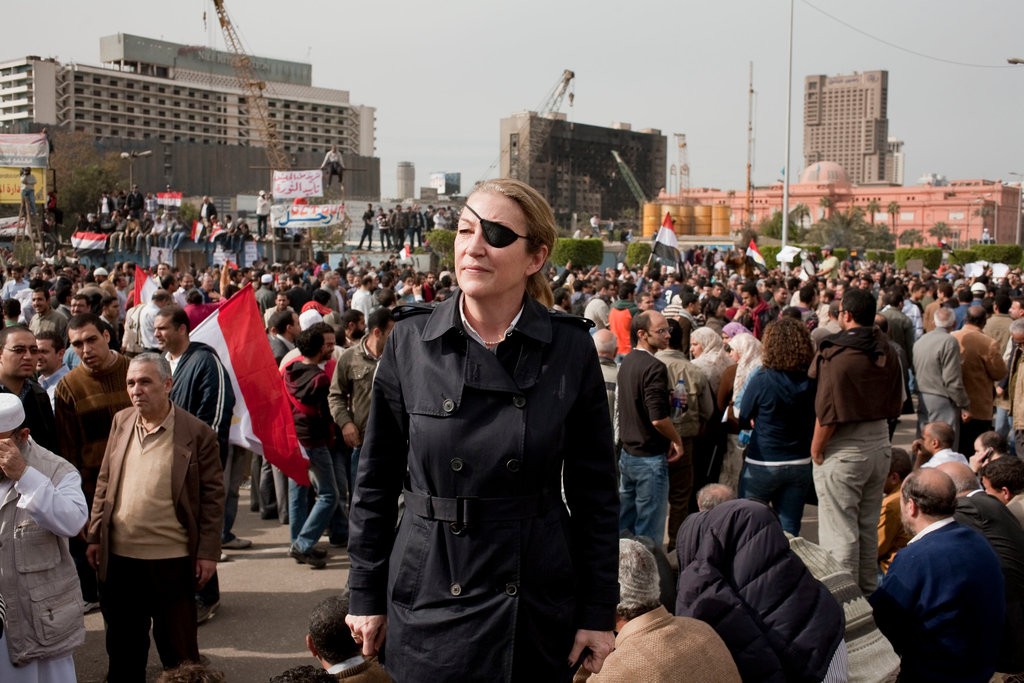 The Assad’s Regime Is Held Accountable for the Killing of Journalist Marie Colvin: An Extrajudicial Killing

Pro-justice welcomes a US federal court that has held the government of Syria’s dictator Bashar al-Assad liable for the targeting and killing of an American journalist as she was reporting on the shelling of a district of Homs in 2012. The case was looked at in a civil court in Washington, which issued a decision to award $302.5 million to relatives of the journalist, Marie Colvin. Judge Amy Berman Jackson, in her ruling, called the Assad regime’s policy as a “longstanding policy of violence” that aimed “to intimidate journalists” and “suppress dissent.” She called the killing of Colvin as an "extrajudicial killing". The lawsuit described the attack as part of a plan orchestrated at the highest levels of Assad’s regime to silence local and international media “as part of its effort to crush political opposition.” Some of the evidence supporting the lawsuit was provided by two defectors from the regime. Lawyers for the family included as evidence a copy of an August 2011 fax that they said was sent from Syria’s National Security Bureau instructing security bodies to launch military and intelligence campaigns against “those who tarnish the image of Syria in foreign media and international organizations.” Colvin, who was 56 when she died, was killed in the besieged city of Homs, Syria, alongside French photographer Remi Ochlik, 28, when the building they were in was shelled. 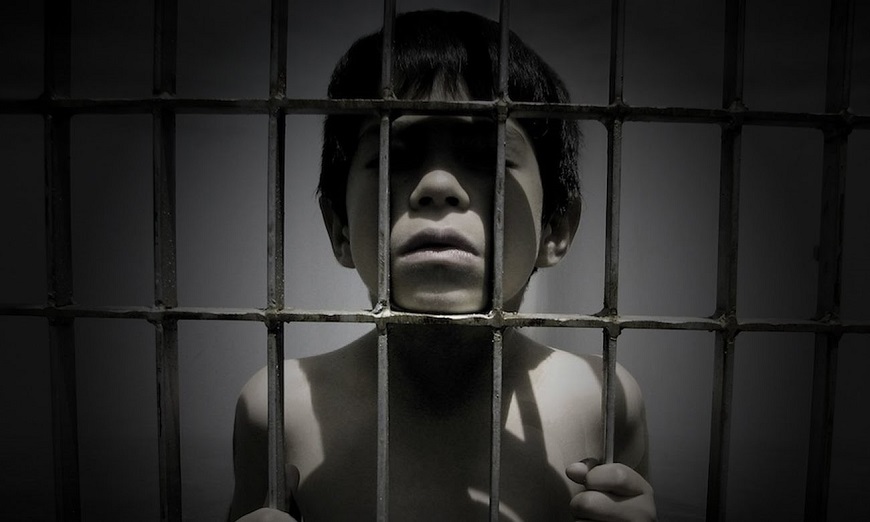 Lies and Fact: The Syrian Regime is the Major children killer in Syria