"More than 80% of the population are women and children who fled to the camp seeking protection and humanitarian assistance." 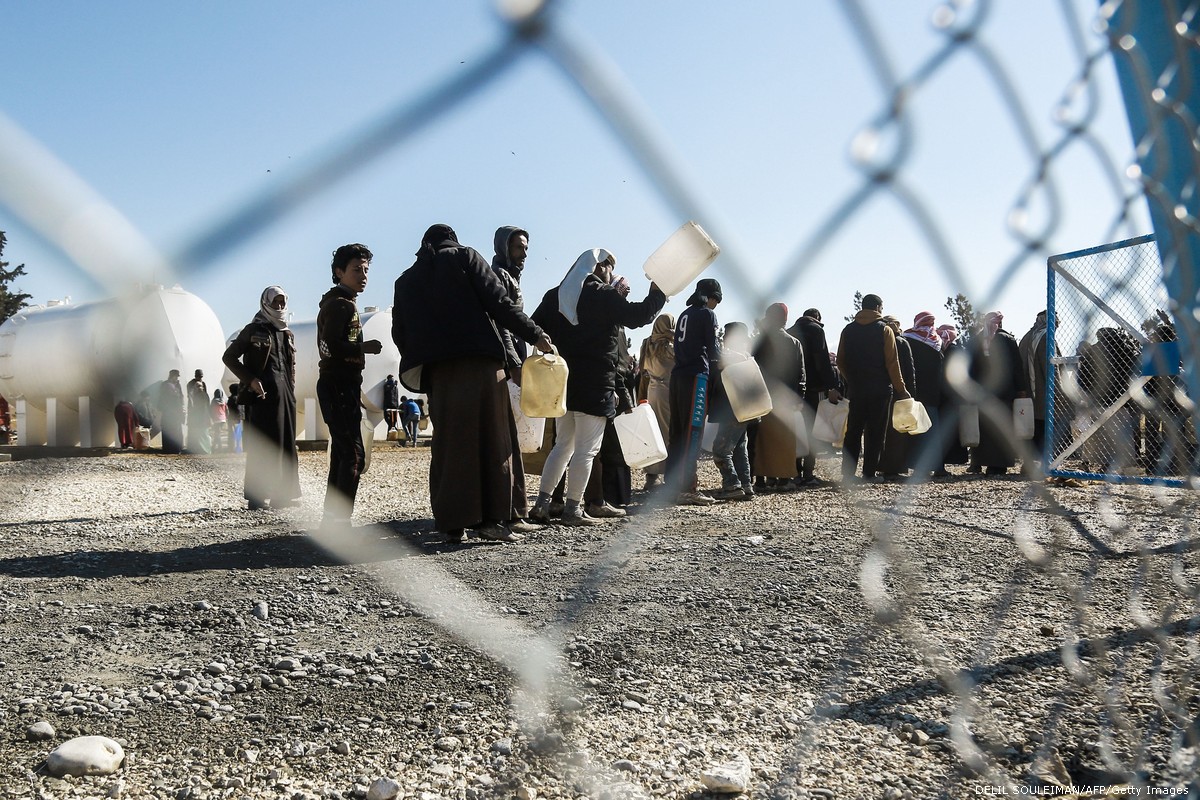 The UN said on Friday that 12 people were killed in the first half of January at the Al Hol camp in northeastern Syria, Anadolu Agency reports.

Jens Laerke, a spokesman for the UN Office for Coordination of Humanitarian Affairs (OCHA) in Geneva, said OCHA is seriously concerned over deteriorating security conditions in the Al Hol camp.

“We are calling on those authorities who control the security in the camp to ensure the safety of the camp residents first and foremost, but also the humanitarian workers that are working there,” he said at a twice-weekly UN media briefing in Geneva.

The UN received reports of the killings of 12 Syrian and Iraqi camp residents, including a female refugee, between Jan. 1-16. Another person was critically injured in a violent attack, said Laerke.

“With almost 62,000 residents, Al Hol is the largest camp for refugees and internally displaced people in Syria,” he said.

“More than 80% of the population are women and children who fled to the camp seeking protection and humanitarian assistance.”

The recent rise in violence represents a tragic loss of life, and it also jeopardizes the UN, and humanitarian partners’ ability to safely deliver critical humanitarian assistance to residents, said Laerke.

Numerous UN reports on the humanitarian drama at the camp established by the YPG group in April 2017 have been published.

Asked who is controlling the camp, Laerke said: “Kurdish troops control the camp.”

UN officials never use the YPG terror group’s name. They refrain from specifically mentioning which group controls the camp.

In response to a question by Anadolu Agency, the OCHA spokesman said: “Many UN organizations have been making statements about human rights violations and the humanitarian situation at the Al Hol camp for years, but there has been no improvement.”

Laerke said the UN and its humanitarian partners provide a range of assistance to Al Hol, including emergency and primary health care, water, shelter, non-food items, food and hygiene distributions, nutrition, and protection.