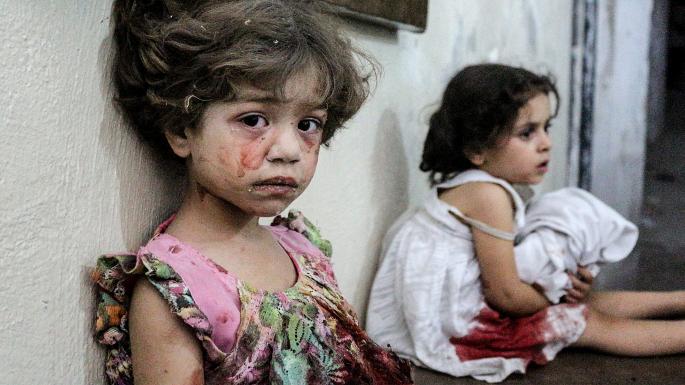 The stacks of 265 identical brown cardboard boxes on metal shelves look innocuous. But they are in a locked vault monitored by security cameras in a secret location in a European city and their contents are chilling.

Inside are 1m pages of documents, including top secret intelligence briefings, detailing its systematic torture and murder of opponents. Most bear the embossed hawk of the Syrian regime, and some carry the signature of President Bashar al-Assad himself.

It is the biggest and most incriminating cache of documents ever collected from a war still in progress.

With Assad now on the verge of taking back almost complete control of the country, this astonishing archive of evil showed how he achieved his victory. And, as the war winds down, it raises the question of whether trials will follow.

The archive shows a regime that launches barrel bombs and airstrikes on residential areas and even hospitals in a war that has seen an estimated half a million Syrians killed and 5m flee.

The secret project to gather evidence on Assad’s war crimes is the brainchild of Bill Wiley, 54, a Canadian ex-soldier and war crimes investigator, who was frustrated working in international criminal courts that he concluded were too slow and expensive.

Wiley said what he has gathered proves “hundreds of times over that Assad is absolutely in control of everything that happens in the regime and is responsible for far more killing than Isis”.

He added: “Oh God, there’s overwhelming evidence against him.”

The documents have been collected and smuggled out by Syrians inside the country. Some have paid with their lives and two remain in regime custody.

In Wiley’s anonymous headquarters with no plaque on the door or phones on the desk, each page they have brought out was scanned to create a digital archive, assigned a barcode and a number, and stored in the boxes. 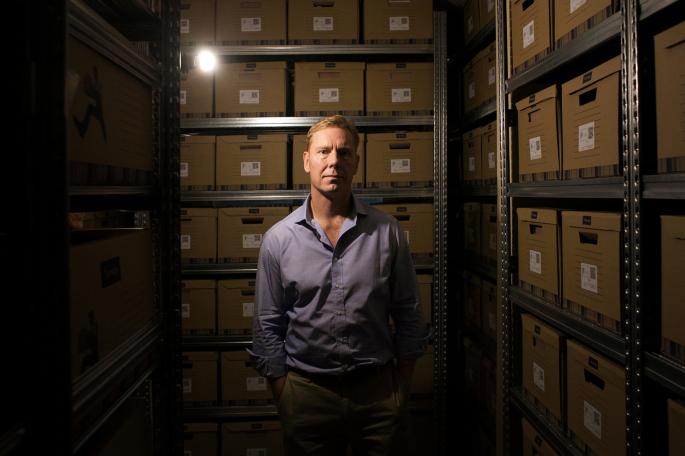 The project started in 2011 — the first year of the conflict — with British funding. Working with the Free Syrian Army, Wiley trained 60 volunteers. “The big thing we wanted them to focus on was documentation generated by the regime, as what we needed was culpability,” he explained.

There was no shortage of material. Like the Nazis, the Assad regime meticulously documents its efforts. Senior officials typically sign each document as the papers cross their desks, often with stamps identifying the signatory.

It is the first time anyone has pieced together the chain of command showing how “it went right to the top”, Wiley said. “Now we have an extremely good picture of how the Syrian regime works.”

The documents revealed that in the early days of protests in March 2011 Assad set up a central crisis management cell (CCMC) as a kind of war cabinet. This met almost every night in an office on the first floor of the Ba’ath Party’s regional command in central Damascus, and discussed strategies for crushing dissent.

To do this needed detailed information about each protest, so the cell requested reports from security committees and intelligence agents in each province. Documents in the cache show both these reports coming in, commands going down and then reports coming back on the success of their repression.

“The question is who controls the CCMC and the evidence is overwhelming that it’s Assad,” Wiley said. “Even if he didn’t sit in on meetings, we know he received minutes and signed off on recommendations.”

Contrary to early reports that the real power lay with his brother Maher, commander of the Republican Guard, the paperwork revealed that “Assad is not a figurehead, he has de facto and de jure authority and is exercising it,” Wiley said. “Everyone talks about Maher but we have found absolutely nothing on him. By contrast we have so much on Assad, it’s like the [Slobodan] Milosevic indictment, which was too unwieldy.”

One of Wiley’s colleagues recently said they had more material than the Nuremberg trials. Wiley knows those records well, having examined them for his doctorate in international criminal law at York University in Toronto, which started him on this career. “Nuremberg had more because the [German] state had collapsed but with modern technology we are better able to create a database,” he said. “I’ve never seen such a strong documentary base for a case in my career.”

Documents are corroborated by about 55,000 photographs, smuggled out of Syria by a military police officer known by the pseudonym Caesar. He and his team photographed corpses of detainees — sometimes as many as 50 a day — delivered to military hospitals from security services. Each corpse had a unique four-digit number scrawled on tape or the forehead with a thick marker. Another number signified the intelligence branch in which the individual had been killed. Many had been beaten, mutilated, burnt, shot — and in some cases even melted. 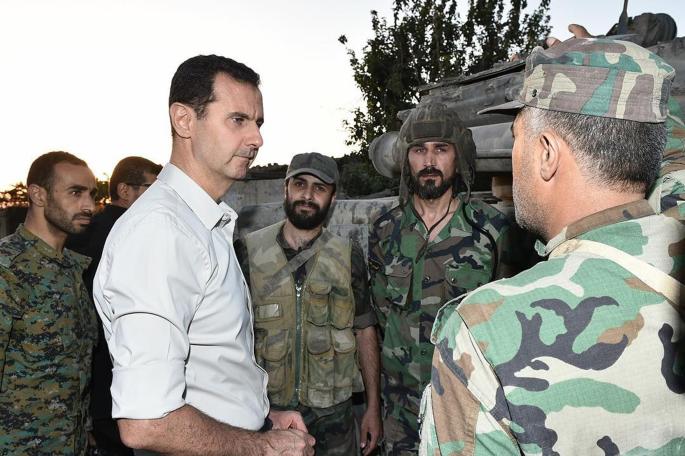 Such acts had been described by survivors in Syria before, but they had never been traced back to signed orders approved by Assad. In 2014 Wiley’s organisation, the Commission for International Justice and Accountability (CIJA), extended its investigations to Isis, which had moved into Syria and then Iraq. The Baghdad government recently agreed to give Wiley access to all documents captured in Iraq and is in the process of agreeing their digitisation.

“Isis have all the attention in the West because of the way they advertised their deeds on social media, their creative ways of killing people such as burning alive, and also the way they projected fear in the West,” said Wiley. “But the overwhelming majority of crimes perpetrated in Syria were by the Assad regime, not Isis.”

Cataloguing evil, day after day, cannot be easy — Wiley chain-smokes Cuban cigarillos as he describes what his teams have found. He previously worked as an investigator for criminal courts in Rwanda, Congo, and the former Yugoslavia. He was also a defence lawyer for Saddam Hussein after his capture. He seeks solace by collecting port wine and occasional fishing and hunting back home in Newfoundland.

His project has so far costs €23m — tiny compared with the billion-dollar budget of the International Criminal Court (ICC). The biggest frustration is that after all this work and risk, it looks unlikely that Assad will face trial. The CIJA has prepared a 499-page legal brief that provides a record of state-sponsored torture almost unimaginable in its scope and its cruelty.

But unlike the Bosnian and Rwandan genocides, there is no tribunal to judge war crimes in Syria, nor likely to be in the foreseeable future. Only the UN security council can refer Syria to the ICC. Russia, the Assad regime’s most powerful ally, has blocked any attempt to do so.

His documents also show how much the Assad regime was on the ropes, first in 2013 when Hezbollah, the Iranian-backed Lebanese militia, stepped in to help him, then in 2015 before the Russians went in with air power.

Instead of some high-profile prosecution of Assad, the information will be used in upcoming court cases all over Europe to convict lower-level regime people who fled — as well as Isis operatives. Over the past year Wiley has received 60 requests involving more than 550 suspects in upcoming trials.

The commission has its own tracking unit and has identified a number of “quite serious perpetrators, drawn from the security-intelligence services”, who have entered Europe.

He admits it has now become almost impossible to get regime documents — the most recent he has is from 2016 and now just come “in dribs and drabs”.

The Syria investigation will wind down by end of this year and his group will move on to investigations in Burma and Boko Haram in Nigeria.

But Wiley still insists this has not all been in vain. “I think the Russians will eventually find Assad a liability and trade him for rapprochement with the West to ease their economic sanctions,” he said.

“I don’t know if it will be two years or five years but I don’t think as long as 10. Justice will come for Assad.”