Billions pledged to help refugees inside Syria and on borders

The figures are disputed, but Jordan houses more than 600,000 refugees, Lebanon 1 million, a sixth of its population, and Turkey as many as 3 million. 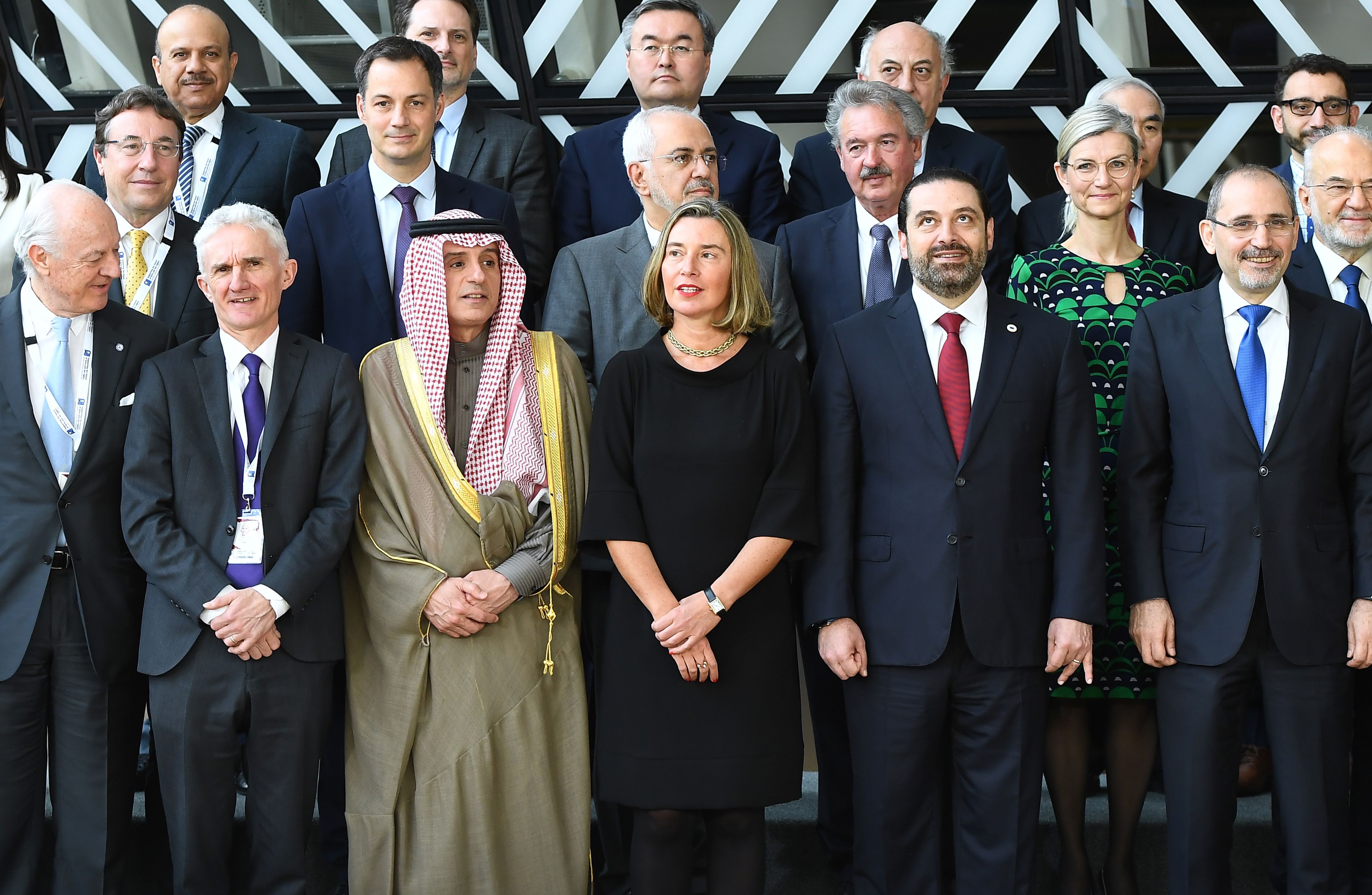 Foreign ministers have pledged as much as $7bn (£5.3bn) to help Syrian refugees inside the country and on its borders, as European officials consider the possibility of large-scale refugee returns later this year if Russia can persuade Bashar al-Assad to stop his regime’s systematic intimidation and obstruction.

The $7bn is short of the UN’s 2019 target of $8.8bn, but an improvement on the pledges made at this time last year. The $7bn total also includes $1.5bn previously pledged to Turkey as part of a two-stage commitment to reduce the number of refugees reaching Europe.

Donors at a pledging conference in Brussels on Thursday said that the funds must not prop up the Assad regime. In a statement, while acknowledging it may be hard to police, they said: “Funding shall in no way benefit or assist parties who have allegedly committed war crimes or crimes against humanity, or indirectly entrench social and demographic engineering.”

Both Jordanian and Lebanese leaders warned of social upheaval in their own countries if assisted returns to Syria did not speed up. It is likely 2019 will be the first year since the eight-year civil war started in which the numbers returning are not exceeded by new refugees or internally displaced.

The figures are disputed, but Jordan houses more than 600,000 refugees, Lebanon 1 million, a sixth of its population, and Turkey as many as 3 million.

The Lebanese prime minister, Saad al-Hariri – leading a coalition government riven over the refugee issue and its political approach to Damascus – said: “The competition over scarce resources and jobs has put the relationship between host communities and displaced under severe tension. These conditions could lead to widespread discontent and elevate the risk of violence.”

Jordan’s foreign minister, Ayman Safadi, admitting the country was midway through a tough austerity program, said fatigue by the donor community could not be an option, adding that the situation was “alarming”.

He said: “It is becoming a hard sell to tell a Jordanian you are not working because a Syrian has taken your job.” Jordan has issued 130,000 work permits to Syrians since 2016.

The UN has appealed for $3.3bn to spend inside Syria in 2019, and $5.5bn for refugees and host communities in neighbouring countries. Mark Lowcock, the UN humanitarian affairs coordinator, said it was helpful that pledges emerging from the conference were arriving early in the year, making it easier to plan. He said: “Some 6.2 million people inside Syria are still displaced from their homes, and 4.7 million still need help with shelter. Two million children inside Syria are out of school.”

But the conference was being held alongside a surge in violence in Idlib province, and Lowcock warned that a large-scale assault by the Syrian government and its allies could lead to the largest humanitarian crisis of the 21st century.

The EU feels caught in a dilemma in that military facts on the ground, largely imposed by Russia and Iran, ensure Assad will remain in power, but the EU’s remaining leverage on Damascus, and its backer Russia, is to withhold cash for reconstruction until Assad accepts the need for political reconciliation.

Federica Mogherini, the EU external affairs commissioner, warned that “a new zone of no war and no peace” might lead instead to a frozen conflict, which could place unbearable pressure on the already weakened economies of Jordan, Lebanon and Turkey.

Mogherini warned: “Some are starting to believe the future of Syria will inevitably be that of a divided country with limited sovereignty, insecure, not democratic and sectarian.” However, she insisted a war won on such a basis would not bring peace.

For the past year, Assad has blocked UN efforts to set up a constitutional committee.

Jasmine el-Gamal, a visiting fellow at the European Council of Foreign Relations (ECFR), said in a new paper that Assad was “playing a double game” in which he pretended to want refugees to return – but then placed security and practical obstacles in their way.

The primary demand of many refugees is information on the disappeared, and accountability for those responsible for deaths.

Johannes Hahn, the EU commissioner for neighbourhood policy, insisted: “refugees need to return under conditions of safety and dignity, when, and only when, it is of their own will. Those conditions do not currently exist.

“Idlib is controlled by a terrorist organisation. Reprisals have taken place in areas retaken by Damascus. Property rights are being actively undermined. There is continuing uncertainty over issues of civil documentation, and no one knows if education certificates will be recognised.

“Damascus appears intent on screening returnees for ‘loyalty’, slowing and manipulating the issue of return. There are no ‘winners’ in this conflict. But we must seek to minimise the number of ‘losers’ in the interest of creating lasting stability in future.”