This silence could not be maintained by one of the women, who due to the terrible pain she suffered in the regime’s detention centers had nervous breakdown. This prompted her relatives to seek a consultation with a psychologist 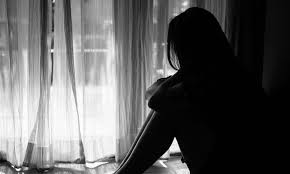 As the Syrian regime arrests hundreds of young men in the eastern and southern suburbs of Damascus, despite the reconciliation deal reached in April, the intelligence services have been working on another dirty game related to the values of the conservative society in Ghouta.

Regime intelligence has been arresting, torturing and raping the women of Ghouta, with the aim of humiliating them and their families, activists told Zaman al-Wasl.

As usual, the women were taken to an unknown destination and detained, and they remained there until this month. They were released without being able to confirm what they were subjected to during their period of detention, because it is a red line for the residents to talk about, so they believe they should be completely silent on the issue. According to their perspective, the ugliness of the crime should not be spoken of with other people.

This silence could not be maintained by one of the women, who due to the terrible pain she suffered in the regime’s detention centers had nervous breakdown. This prompted her relatives to seek a consultation with a psychologist, but they realized that the details of her experience are terrifying.

Zaman al-Wasl was able to communicate with the doctor who supervised the treatment of the victim.

The doctor confirmed that this breakdown was as a result of the continuous psychological trauma caused by the “multiple rapes” as well as the severe beatings and the threats to kill her entire family if she dared to disclose anything concerning the circumstances of her detention.

The horror of the victim’s words tells only part of the story.

The regime is fully aware of their power. There is a high level of sensitivity around the issue of rape, which leads to a culture of silence. If one of these four women had not had a nervous breakdown, her story would not have been told, and the truth of what happened to her would have accompanied her to her final resting place.

This is a part of the regime and its executioner’s confidence when they committed sexual crimes against women.

The regime continues to enforce the stigma of rape, by arresting women, fabricating the charges against them and not distinguishing between those who have remained in their areas and those who have returned with some returnees from the north.