Despite a Turkey-Russia-Syria buffer-zone agreement signed in September, the region has come under increased attacks by state forces since falling in the hand of armed militias 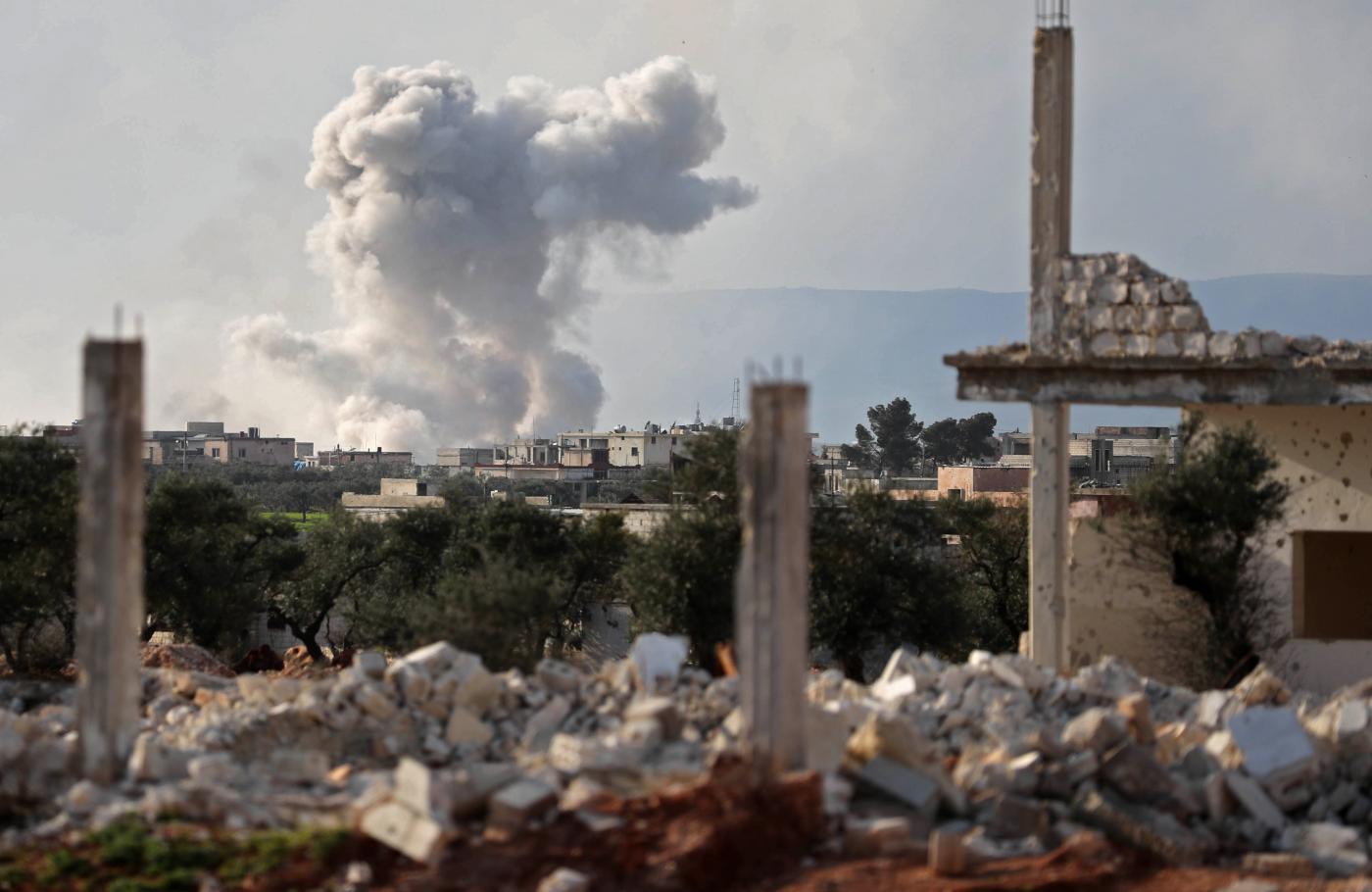 Source:  By MEE and agencies

At least 10 Syrian civilians, including four women and three children, were killed by government shelling in the opposition-held Idlib region on Thursday, a war monitor said, in the latest round of violence threatening a seven-month-old truce.

Rocket fire targeted a village and an adjacent camp for the internally displaced in Idlib’s southeastern countryside, according to the Britain-based Syrian Observatory for Human Rights (SOHR), which predicted an increase in the death toll.

Another 30 people were wounded, SOHR said.

Russia, a backer of Syria’s Bashar al-Assad, and Turkey, a backer of the Syrian opposition, inked a buffer zone deal in September to prevent a massive government offensive on the Idlib region, near the Turkish border.

But the region of some three million people has come under increasing bombardment since former al-Qaeda affiliate Hayat Tahrir al-Sham took full control of it in January. Thursday’s deaths pushes the total toll to 615 since the September agreement, SOHR said.

The UN has warned that an escalation in violence could flare-up and threaten aid deliveries to some 2.7 million people in need. According to the UN, more than 86,500 people fled their homes in February and March as a result of the surge in violence.

Iran, Russia and Turkey are set to discuss the Idlib deal during a fresh round of talks on 25-26 April in Kazakhstan, AFP reported.

Delegations from the Syrian government and armed opposition groups are also expected to participate, according to the Kazakh foreign ministry.

The trio of foreign brokers have taken the diplomatic lead through the so-called “Astana process” that has largely sidelined UN diplomacy since its launch in January 2017.

Syria’s war has killed more than 370,000 people and displaced millions since the conflict began with the repression of anti-government protests in 2011.