The meeting, which was held between 15-17 July, aims at providing a safe space for women survivors and help them organize themselves and make their voices heard especially in the field of transitional justice future. 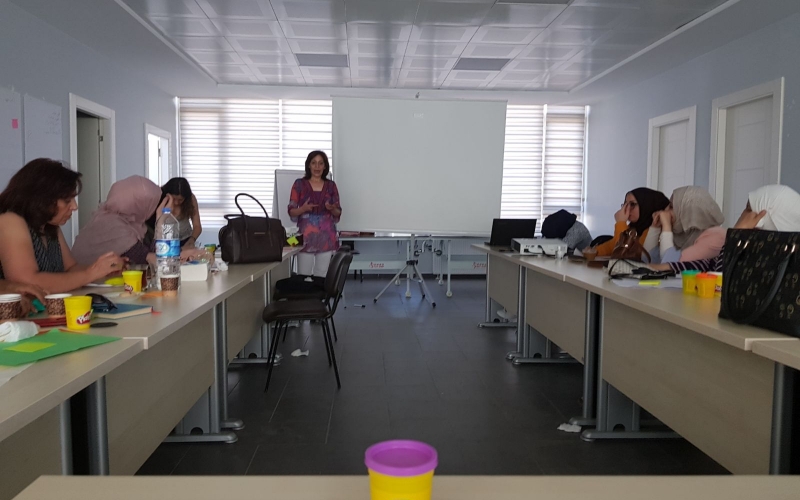 Based on TDA’s belief in the important role of women in the field of Transitional Justice, and since the Syrian woman has played a significant role in the Syrian revolution and become a victim of violation and detention, and since she has a vital role in the civil society, TDA has organized a consultation meeting for the Syrian women survivors of detention and violence. The meeting was held in Gaziantep, Turkey, attended by 14 former women detainees in the Syrian detention centers.

The meeting, which was held between 15-17 July, aims at providing a safe space for women survivors and help them organize themselves and make their voices heard especially in the field of transitional justice future. The meeting aims also at networking between the survivors and Human Rights Organizations, for example feminist organizations and other organizations working with former detainees or other areas of transitional justice, sharing experience and lesson learned from other countries which face similar human rights violations, advocating for the rights of victims locally and internationally, and putting victims in the center of any TJ process, assessing the needs of women survivors and detainees, while identifying the potential opportunity to offer them support, providing consultation and capacity support to survivors.

During the meeting, the women survivors attended a psychological support session by Dr. Jalal Nofal, during which, the women were able to build trust among each other and reached a common ground regarding establishing a body that represents former women detainees and ensure their basic needs as well as providing a safe space through which they can advocate their cause locally and internationally through participation in any current or future negotiations.

Mr. Diab Sryyeh, TDA program manager, presented another experience that supports former Saydnaya detainees, which was successful in registering itself as a legal organization in Mersin, Turkey after conducting several consultation sessions. He also talked about their experience and the lessons learned. This session was inspirational for the women survivors to establish a body that represents them and amplify their voices.

At the end of the meeting, the survivors attended a session on CV writing and job interviews, as they need these skills to enter job market and to search for job opportunities.

In a similar context, TDA organized a meeting in Gaziantep on 13-14 May 2017 attended by 13 women survivors and 4 experts from Tunisia and Syria in addition to representatives from the Women Now and Urnammu organizations. During the meeting they discussed the problems that the survivors face at various levels.

The meeting helped create solidarity between the survivors; help raise their awareness regarding other experiences through the Tunisian activist Ibtihal Abdullatif, who spoke about women survivors in Tunisia and their endeavor in transitional justice processes there.

TDA discussed to the group the basic transitional justice concepts and the role of civil society in supporting women survivors in participating in the TJ processes.