We document today for a future day of justice 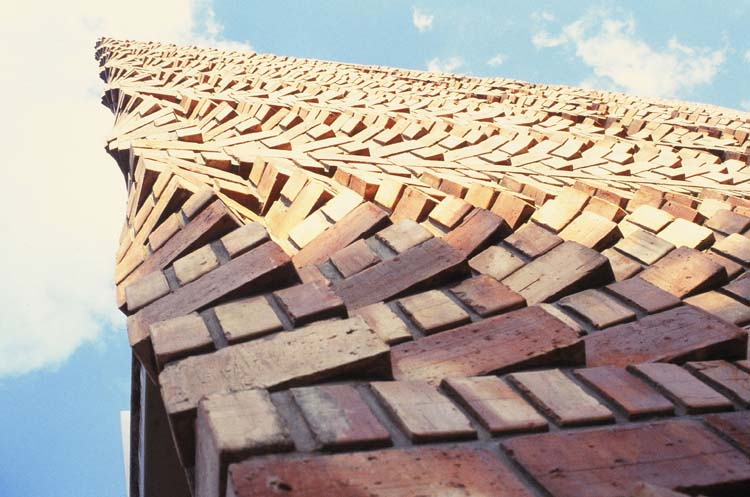 The Syrian conflict is the deadliest conflict of the twenty-first century, as well as the most documented war in history. Tens of thousands of images, videos, and documents have been uploaded, photocopied, scanned, smuggled, disseminated, and stored in safe havens. This civil society movement for documentation consists of networks of Syrian lawyers, activists, witnesses, and survivors operating both inside and outside Syria since the antigovernment uprising erupted in March 2011. The overarching goal is a simple, but powerful one: to ensure that there is a record of the tragic crimes committed in Syria. This record could, and already has, served multiple purposes, many of which are related to the pursuit of some form of justice in Syria.

While one of the principal objectives driving the documentation of violations in Syria is to help prepare evidence for future criminal prosecutions, some activists and lawyers have also worked to build cases against Syrian regime officials and military officers now. This is done through the use of universal jurisdiction laws, which allow third countries such as Germany, to prosecute Syrians for crimes such as torture. Mazen Darwish is a Syrian lawyer and activist who was tortured in prison for several years in Syria and traveled to Germany following his release in 2015. He, along with several other former Syrian detainees, have been at the forefront of pushing for criminal cases in Germany. One such case accuses six high-ranking military intelligence officials close to Syrian President Bashar Assad of war crimes and crimes against humanity. Other Syrian activists point to the importance of Syrian civil society documentation as a “resource for international bodies,” especially the Commission of Inquiry (COI) and the IIIM.28 The United Nations (U.N.) Human Rights Council established the COI in August 2011 with a mandate to investigate alleged violations of international human rights law in Syria since March 2011 and, where possible, to identify the perpetrators so that they are held criminally-accountable. Its periodic reports are made available to the public. Following a landmark U.N. General Assembly vote in December 2016, the IIIM was established with the aim of collecting, analyzing, and preserving evidence that could be used in future prosecutions to hold perpetrators accountable for violations of international law in Syria.

In the short term, documentation is a powerful advocacy tool through which perpetrators are named and shamed, and victims’ names are documented. This is important for media and awareness-raising campaigns, as well as for applying pressure on governments and international bodies to act. Documentation’s more long-term goals primarily deal with laying the foundation for multiple transitional justice mechanisms, most of which cannot take place in Syria’s ongoing conflict.

Institutional reform, for instance, is extremely difficult to pursue without a political transition. The documentation of violations, however, provides historical context that Syrian civil society figures regard as crucial for such reform in the future. As Mohammed Al Abdallah of the Syria Justice and Accountability Center (SJAC) argued, “To do effective institutional reform, you need good quality documentation.” Habib Nassar of Impunity Watch added, “All transitional justice mechanisms require documentation. It is the standard of proof that differs.”30 The legal criteria for evidence presented in a trial are, of course, different from the type of material needed for national reconciliation initiatives, including truth commissions.

There is, then, strong recognition among Syrian civil society activists that documentation is fundamental in and of itself and as a foundation for multiple transitional justice mechanisms. Overall, as Fadel Abdul Ghany, chairman and founder of the Syrian Network for Human Rights, notes, “Preservation of history is a type of accountability.”

Since the start of the Syrian conflict in 2011, the ongoing collection of documents in its myriad forms has helped build a more comprehensive body of accounts that would have otherwise been lost or destroyed in the course of the war. Indeed, this also constitutes one of Syrian civil society’s goals: to safeguard the documents.

In doing so, this protects documentation from a regime bent on its destruction. Alkatlaby stressed the importance of this feat “to protect the documentation of violations as they grow.”

The well-known Syrian military defector, who goes by the pseudonym “Caesar,” made a significant contribution to the volume of such documentation by smuggling 55,000 images of men, women, and children who had been tortured and murdered by the Syrian regime. Caesar was a military photographer between 2011 and 2013 in Syria. The regime’s obsession with documenting its atrocities has provided ample material for criminal investigations The Caesar photos, which have been verified by forensic investigations, are central to the collection of evidence linking Syrian regime officials to systematic mass murder.

The protection of documents extends to land and property ownership records. As Syoufi explained: “[W]e are trying to scan the copies of land registration 1313 and property registration of documents that exist in the hands of local councils, lawyer groups and other activists.” While the widespread nature of crimes such as torture and killings is such that Syrian civil society has prioritized the documentation of physical violations, it is striking that land property registration documents also figure in documentation efforts. This, as several interviewees explained, is a preemptive measure aiming to facilitate the return of displaced Syrians to their homes in the future. Referring to the eight million Syrians who have had to flee their homes since 2011, Al Abdallah explained that the return of these Syrians without strong documentation of property deeds “will be the spark of a civil war in Syria. [But] when people go back to their houses and find others in there, they will have documentation to show that they own this house.”

Wael Sawah, editor-in-chief of the Syrian Observer, echoed the importance of such documentation: “The motivation is to preserve the property for its owners and to stop forced demographic change if we can. The regime is trying to enforce demographic change.”

The significance of the preservation and accessibility of records generated through processes such as truth commissions and trials is often underestimated. Brandon Hamber and Grainne Kelly argue that there needs to be greater attention to the use of these narratives and records for “wider social change processes in the postconflict context.”37 The wide-ranging documentation goals of Syrian civil society are therefore an important component of such wider social change processes, not least because documentation efforts are led by a diverse group of actors.

This in part explains the caution taken by certain international organizations that focus on prosecution when collecting evidence gathered by so-called “nonprofessionals.” This point will be explored shortly; first, a brief overview of the documentation process follows.