Accountability should not wait

The Assad regime is responsible for 89% of civilian deaths, 99% of torture deaths, 89% of arbitrary arrests, and 85% of forced displacements 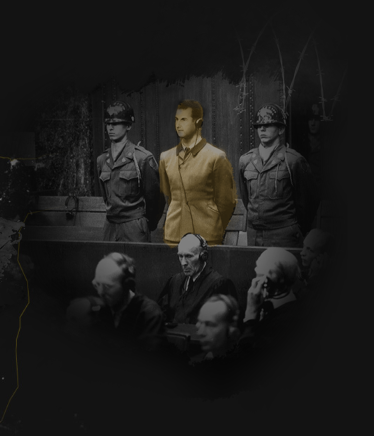 On September 27, the Middle East Institute and the Pro-Justice jointly hosted a panel to launch the new book, Blacklist: Violations Committed by the Most Prominent Syrian Regime Figures and How to Bring Them to Justice. Blacklist identifies and provides detailed information on nearly 100 individuals accused of committing war crimes and crimes against humanity in Syria over the past eight years. The book sheds light on the crimes themselves and outlines potential political and judicial avenues available to bring the perpetrators to justice.

The panel consisted of Anne Barnard, a New York Times journalist who has extensively covered the conflict in Syria, Wael Sawah, the president and director of Pro-Justice and former executive director of the Syrian Centre for Media and Freedom of Expression, and Charles Lister, a senior fellow and director of the Countering Terrorism and Extremism program at MEI. The event was moderated by Joyce Karam, who is the Washington correspondent for The National and adjunct professor at George Washington University. 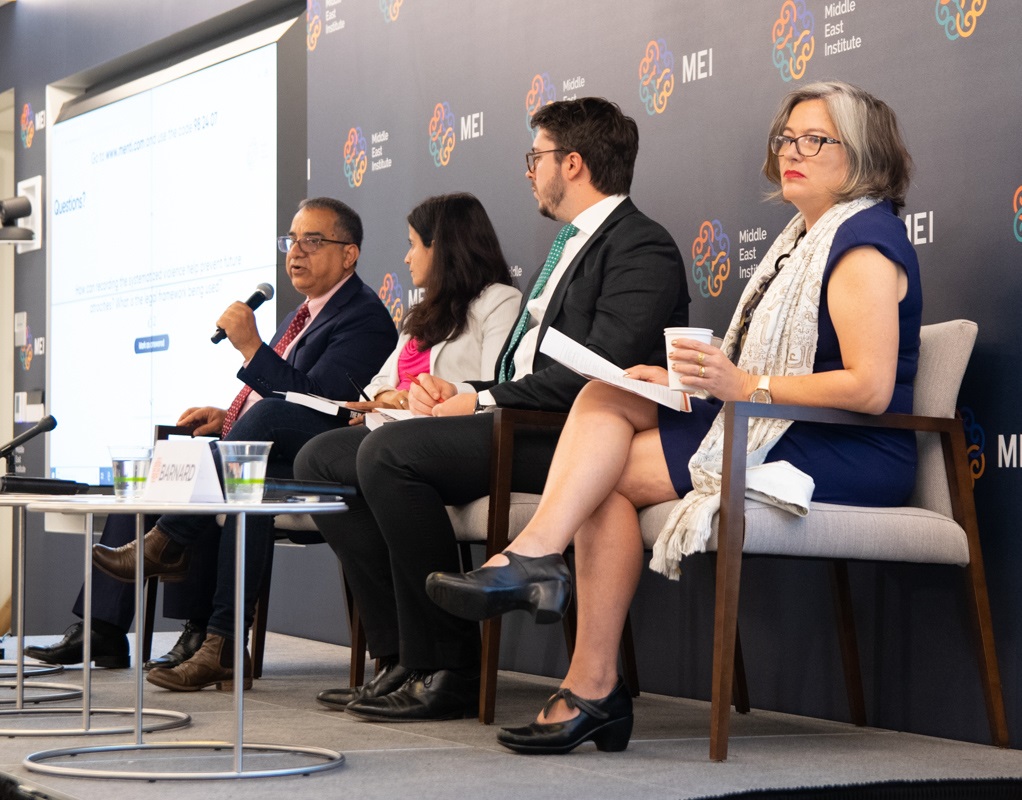 The Syrian conflict is approaching its ninth year and increasingly becoming forgotten by the international community. Lister gave a broad overview of wartime consequences to remind the panel and audience of the ongoing atrocity. Syria is a disastrous humanitarian crisis with roughly 500,000 deaths since 2011. The conflict has an extensive history of war crimes, most of which are perpetuated by the central government of Syria. The Assad regime is responsible for 89% of civilian deaths, 99% of torture deaths, 89% of arbitrary arrests, and 85% of forced displacements. Barnard noted that even before the conflict, there were high rates of detention in the elaborate prison system established throughout the Assad dynasty, but as the conflict escalated from 2011 onward, the situation worsened. The UN has labeled the prisons in Syria as exterminate conditions with a system of sadistic torture and high levels of disease.

Sawah continued by saying that these facts and figures are important to note because without accountability and justice, there will never be a lasting peace in Syria. He stated that Blacklist is an important publication to act as an open guide to identify the perpetuators and assist legal professionals in creating a foundational narrative to work towards holding those responsible of crimes against humanity. Barnard agreed and said that the industrial prison system has fostered the ability of the regime to commit these crimes. 100,000 Syrians have not been located after their time detained. It is important to work towards identifying the fates of these people to take initial steps towards reaching justice through administering accountability. 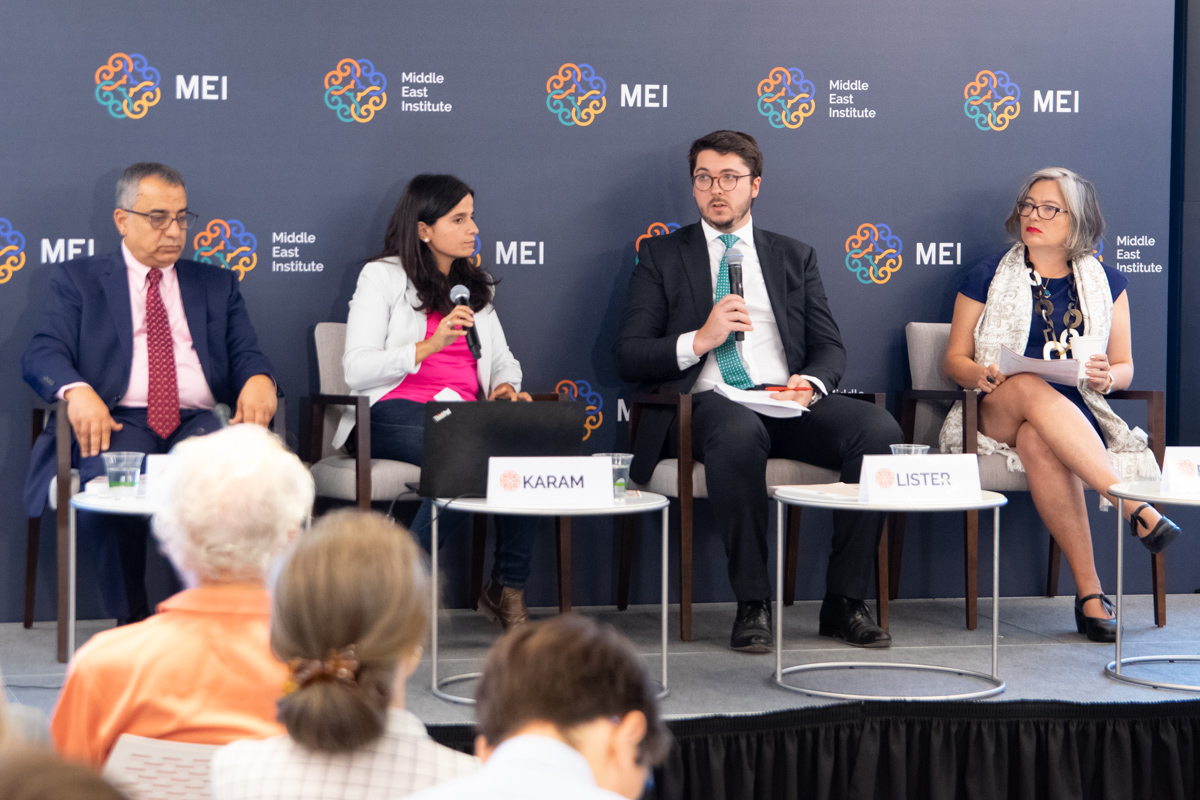 Lister discussed how legal accountability does not seem likely for Assad and high-ranking members of the regime because the general perception is that the Syrian conflict has been won by the regime. He notes that it is far from over, but in the short-term sanctions on these individuals can restrict their international travel and ability to act as legitimate statesmen. Doing so will isolate the regime and not allow it to operate with impunity.

Sawah talked about the pivotal role Hezbollah, Russia, and Iran have played in enabling the Assad regime to survive throughout the civil war. The regime would have collapsed by 2013 without their support. They must be held accountable for their support of Assad and their own war crimes. Lister echoed this by mentioning the Russian precision strikes on civilian hospitals in opposition-held regions. He suggested that the US needs to begin an investigation of Russian war crimes to develop a portfolio of reports to name and shame their heinous actions against Syrian civilians.

The panel agreed that continued investigations such as Blacklist are needed to reach a stable peace in the future. Without making accountability for injustices, opposition groups will flourish, and civilians will continue to disdain the regime.