The Syrian government and allied forces continued to commit war crimes and other serious violations of international humanitarian law, including indiscriminate attacks and direct attacks on civilians and civilian objects including homes, hospitals and medical facilities 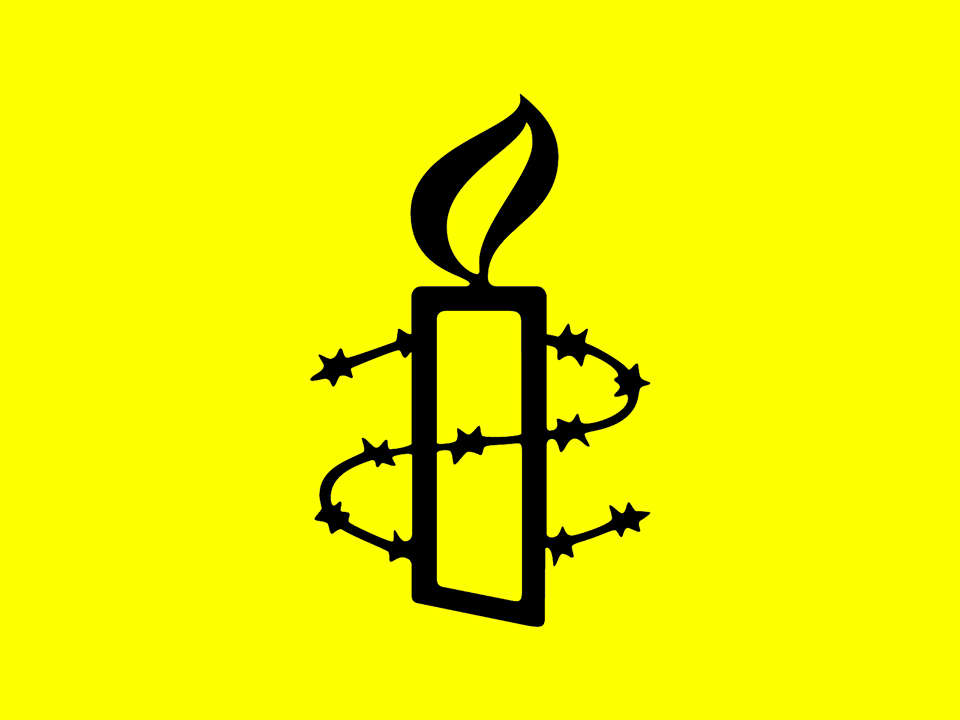 Parties to the armed conflict committed war crimes and other grave violations of international humanitarian law and human rights abuses with impunity. Government and allied forces, including Russia, carried out indiscriminate attacks and direct attacks on civilians and civilian objects using aerial and artillery bombing, including with chemical and other internationally banned weapons, killing and injuring hundreds. Government forces maintained lengthy sieges on densely populated areas, restricting access to humanitarian and medical aid to thousands of civilians. Government forces and foreign governments negotiated local agreements which led to the forced displacement of thousands of civilians following prolonged sieges and unlawful attacks. Security forces arrested and continued to detain tens of thousands of people, including peaceful activists, humanitarian workers, lawyers and journalists, subjecting many to enforced disappearances, torture or other ill-treatment and causing deaths in detention. Armed opposition groups indiscriminately shelled civilian areas and subjected predominantly civilian areas to prolonged sieges, restricting access to humanitarian and medical aid. The armed group Islamic State (IS) unlawfully killed and shelled civilians and used them as human shields. US-led coalition forces carried out attacks on IS in which civilians were killed and injured, at times violating international humanitarian law. By the end of the year, the conflict had caused the deaths of more than 400,000 people and displaced more than 11 million people within and outside Syria.

The armed conflict in Syria entered its seventh year. Government forces and their allies, including Iranian and Hezbollah fighters, captured the majority of areas previously held by IS and other armed groups in Homs and Deir el-Zour governorates and other areas. They were supported by Russian armed forces, which carried out attacks on IS and other armed groups fighting the government, reportedly killing and injuring civilians. The Syrian Democratic Forces, consisting of Syrian-Kurdish and Arab armed groups, captured Raqqa governorate from IS in October. They were supported by a US-led international coalition of states which carried out air strikes against IS in northern and eastern Syria, killing and injuring hundreds of civilians. Other armed opposition groups primarily fighting government forces, such as Ahrar al-Sham Islamic Movement, Hay’at Tahrir al-Sham and Jaysh al-Islam, controlled or contested areas in the governorates of Damascus Countryside, Idleb and Aleppo, sometimes fighting each other. Several suspected attacks by Israel inside Syria targeted Hezbollah, Syrian government positions and other fighters.

Efforts by the UN to broker peace were unsuccessful as parties to the conflict and their allies shifted diplomatic discussions to Kazakhstan’s capital, Astana. The diplomatic talks sponsored by Russia, Iran and Turkey aimed to strengthen the nationwide ceasefire agreement negotiated in December 2016 and enforce the “road map to peace” outlined in UN resolution 2254 of 2015. In May 2017 the Russian-brokered talks established four de-escalation zones across Syria, including the governorates of Idleb, Deraa, Homs and Damascus Countryside.

The Independent International Commission of Inquiry on the Syrian Arab Republic, established by the UN Human Rights Council in 2011, continued to monitor and report on violations of international law committed by parties to the conflict, although it remained barred by the government from entering Syria.

In July, Catherine Marchi-Uhel was appointed head of the International Impartial and Independent Mechanism established in December 2016 by the UN General Assembly to assist in the investigation and prosecution of the most serious crimes under international law committed in Syria since March 2011.

Armed conflict – violations by Syrian government forces and allies, including Iran and Russia

Indiscriminate attacks and direct attacks on civilians and civilian objects

On 4 April, government warplanes carried out an attack using internationally banned chemical weapons on Khan Sheikhoun in Idleb countryside, killing more than 70 civilians and injuring hundreds. On 30 June, the Organization for the Prohibition of Chemical Weapons concluded that people in Khan Sheikhoun were exposed to sarin, a banned nerve agent, in the attack.

The government continued to maintain lengthy sieges of predominately civilian areas. The UN Office for the Co-ordination of Humanitarian Affairs (OCHA) reported that, out of a total of 419,920 people besieged in Syria, almost 400,000 were besieged by government forces in Eastern Ghouta. Government forces deprived residents in besieged areas of access to medical care, other basic goods and services and humanitarian assistance, while subjecting them to repeated air strikes, artillery shelling and other attacks. In October, UNICEF announced that 232 children in Eastern Ghouta suffered from severe acute malnutrition.

The government and armed opposition groups negotiated four so-called reconciliation agreements between August 2016 and March 2017 that led to the forced displacement of thousands of residents from five besieged areas: Daraya, eastern Aleppo city, al-Waer neighbourhood in the city of Homs, and the towns of Kefraya and Foua. The government, and to a lesser extent armed opposition groups, subjected these densely populated areas to prolonged sieges and unlawful bombardment, compelling the armed opposition groups to surrender and negotiate a deal resulting in the evacuation of fighters and the mass displacement of civilians. The unlawful sieges and bombardment leading to the forced displacement of civilians were part of a systematic, widespread attack by the government on civilians and amounted to crimes against humanity.

IS forces carried out direct attacks on civilians as well as indiscriminate attacks, killing and injuring civilians. During the operation launched mid-year by the Syrian Democratic Forces and the US-led coalition to recapture Raqqa city, IS forces prevented residents from fleeing the city and used civilians as human shields.

IS claimed responsibility for a series of suicide and other bomb attacks that directly targeted civilians, including one in February in Aleppo city that killed 50 people and one in October in the capital, Damascus, that killed 17 civilians. Hay’at Tahrir al-Sham claimed responsibility for two suicide bombings near a Shi’a pilgrimage site in Damascus on 11 March in which 44 civilians were killed and 120 injured.

According to the Syrian Observatory for Human Rights, IS summarily killed more than 100 civilians accused of collaborating with the government in the town of al-Qaryatan, Homs governorate, before government forces recaptured the town.

Sieges and denials of humanitarian assistance

The US-led coalition continued its campaign of air strikes against IS. The air strikes, some of which violated international humanitarian law, killed and injured civilians. In June, coalition forces unlawfully used white phosphorous munitions on civilian neighbourhoods in the outskirts of Raqqa. In May, a series of US-coalition strikes on a farm northwest of Raqqa killed 14 members of a family – eight women, one man and five children – and severely wounded two other children. Also in May, an air strike that targeted houses in the northern outskirts of Raqqa killed 31 people. In July, a coalition attack on a residential building 100m from an IS target killed a family including three children. The coalition forces also struck boats crossing the Euphrates River, south of Raqqa, killing dozens of civilians attempting to flee the intense fighting in the city. The coalition failed to adequately investigate reports of civilian casualties and allegations of violations of international humanitarian law.

The Autonomous Administration, led by the Syrian-Kurdish Democratic Union Party (PYD), continued to control most of the predominantly Kurdish northern border regions. It arbitrarily arrested and detained a number of Syrian-Kurdish opposition activists, including members of the Kurdish National Council in Syria. Many were held in prolonged pre-trial detention in poor conditions.

Between 2011 and 2017, 6.5 million people were displaced within Syria and more than 5  million people sought refuge outside Syria, including 511,000 people who became refugees during 2017, according to UNHCR, the UN refugee agency, and OCHA. The authorities in the neighbouring states of Turkey, Lebanon and Jordan, which hosted nearly all of the refugees (including Palestinians displaced from Syria), restricted the entry of new refugees, exposing them to further attacks, violations and deprivation in Syria. The number of resettlement places and other safe and legal routes for refugees offered by European and other states fell far below the needs identified by UNHCR.

Some of the people displaced within Syria were living in makeshift camps with limited access to aid, other basic necessities, or opportunities to make a living.

The Syrian security forces held thousands of detainees without trial, often in conditions that amounted to enforced disappearance. Tens of thousands of people remained subject to enforced disappearance, some since the outbreak of the conflict in 2011. They included peaceful critics and opponents of the government as well as family members detained in place of relatives wanted by the authorities.

Torture and other ill-treatment

Torture and other ill-treatment of detainees by government security and intelligence agencies and in state prisons remained systematic and widespread. Torture and other ill-treatment continued to result in a high incidence of detainee deaths. For example, large numbers of detainees at Saydnaya Military Prison died after being repeatedly tortured and systematically deprived of food, water, ventilation, medicine and medical care. Their bodies were buried in mass graves.

Government forces carried out unlawful killings of detainees held in their custody in Saydnaya Military Prison near Damascus. As many as 13,000 prisoners from Saydnaya Military Prison were extrajudicially executed in night-time mass hangings between 2011 and 2015. The victims were overwhelmingly civilians perceived to oppose the government and were executed after being held in conditions amounting to enforced disappearance. Before they were hanged, the victims were condemned to death at the Military Field Court in the al-Qaboun neighbourhood of Damascus, in “trials” which lasted between one and three minutes. The Court was notorious for conducting closed proceedings that fell far short of the minimum international standards for a fair trial.

In August, the family of software developer Bassel Khartabil learned that he had been killed in 2015 after being “tried” and “sentenced to death” by the Military Field Court in al-Qaboun. Bassel Khartabil had been arrested on 15 March 2012 by Syrian Military Intelligence and held in incommunicado detention for eight months before being moved to ‘Adra prison in Damascus in December 2012. He remained at ‘Adra until 3 October 2015, when he was transferred to an undisclosed location prior to his execution.

The death penalty remained in force for many offences. The authorities disclosed little information about death sentences passed, and no information on executions.